Oh, thank goodness that Fall TV is finally upon us. I spent some dark, dark weeks in between the finale of The Leftovers and this Fall’s pilot season. It was mostly spent catching up on Bojack Horseman and watching The Constant episode of Lost while openly weeping. At least it freed up time to work on my memoir, tentatively titled “How to Get Away with Being a Mildly Perturbed White Man.”

ANYWHO, Fall TV is here, and with it comes a whole crap ton of new shows — some good, some bad and some Mysteries of Laura. Because I’ve spent probably more time than the average person with a life, family, etc watching these shows, I put together a ranking of ALL the new programs we have so far from worst to best. Because I don’t own a time machine (yet), nothing premiering tonight or this weekend is included.

8) The Mysteries of Laura Real quick, here’s what the decision to watch The Mysteries of Laura looks like in GIF form.

Poor Debra Messing. The creators of this show were so confident in people wanting to see her in a show, they forgot to make an actual show. At the last second, they threw up some sticky notes with some bare character points on it, most of which looked like this: “Mother + Job = Hard(??).” What I’m saying is, do not watch The Mysteries of Laura. Has everyone seen that video of the first person to buy the iPhone 6 in Australia immediately dropping his iPhone 6 after leaving the store? Like, I bet he was really excited about that iPhone 6. Well, imagine that he spent MILLIONS AND MILLIONS of dollars on that phone, and when he dropped it the phone exploded right into his face. That’s kind of like Fox with Utopia. That poor channel, they just can’t win. They put so many eggs into a single basket with their two nights a week, 24/7 livestreaming experiment and then sealed their own fate by calling it “different.”

What they should have seen coming is that when you get a group of people like the people on Utopia together, and really all they are going to do is fight and have sex. Which is something that has been readily available for like 20 years on TV, and in a much less time consuming fashion. 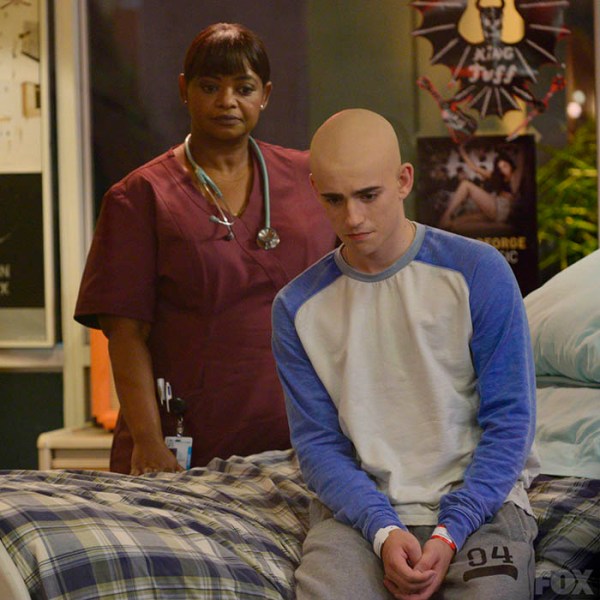 Well, where they went wrong is in the entire tone of the show. Despite obviously being made in a Feelings Factory somewhere, it’s just so…artificial. To be fair, I’ve only seen the pilot, but I really don’t think extended, and sometimes permanent, stays in hospitals are this polished and definitely not this fun. The show that Red Band Society gets compared to the most is Glee. And I just find it odd that the experiences of kids with cancer and kids in the high school glee club are supposedly so tightly knit. I already despise this show on principal because it’s preceded by The Big Bang Theory, but lets forget about that. Without Sheldon Cooper’s gangly shadow over it, this show is, well, it’s okay. I will always applaud a show that throws logic and sanity out the window, especially in the pilot (a Ferrari catching up and keeping pace with an airplane so they can download software from said airplane whaaaaaat.)

What I do not enjoy about this show (also one of many problems I have with Big Bang Theory) is we do not need to be constantly reminded about how smart these quirky geniuses are. But they’ll remind you. People around them will remind you. Everything about them down their physical appearance will remind you. A line, from this show: “Even with half my IQ, I wouldn’t be dumb enough to believe you twice” oh my god shut the fuck up we get it. If Madam Secretary would just quit it with the genre ADD it could be really good. Téa Leoni is by far the highlight, as she is incredibly believable as both a strong woman and mother (imagine!). Also her comedic timing when dealing with underlings is on point. Also I may have a crush on Téa Leoni but that’s besides the point. The cast around her is equally up to the task, especially Bebe Neuwirth, on loan from The Good Wife. I’m not going to make a ton of easy “-ish” references when describing this show (because I already did.) What I will say is black-ish was by far the most surprising fall pilot in terms of me actually enjoying it. It was funny! And it actually had points to make!

BUT, I will enjoy this show a lot more when its central character’s attempts to reintroduce his family to their cultural roots tend less towards the insane side. Telling your son that you’re upset with him choosing field hockey over basketball fits into the context of the show, but it also makes you kind of a shitty dad. But honestly, as long as Laurence Fishburne and his immaculate fedoras are present, I’ll probably keep up with black-ish. I want Gotham to be good so bad. And it really, really is when it isn’t tripping over its own feet. This one is ranked so high mostly on potential. The first step towards being great is to do away with the reference parade that was the pilot (even I missed the “4th and Grundy” reference on the first two go-arounds, and I have a feeling most of you still don’t know what the hell I’m talking about.)

Let Ben McKenzie’s Jim Gordon and Donal Logue’s Harvey Bullock do their own thing. Let them solve crimes and beat up random thugs not because it leads to a “ooh I recognize that name” moment, but because it leads to a unique story. My biggest fear is that this show will be strictly origin and not original, which would catapult right back up this list.

1) How to Get Away with Murder Not to say the show itself doesn’t have its merits. In true Shondaland style, the pilot was batshit crazy. There was a murder, and also another murder, and Annalise is cheating on her husband but whatever because he’s murdered. If you haven’t already, I’d hop aboard the How to Get Away With Murder train now, because my god does it move fast. 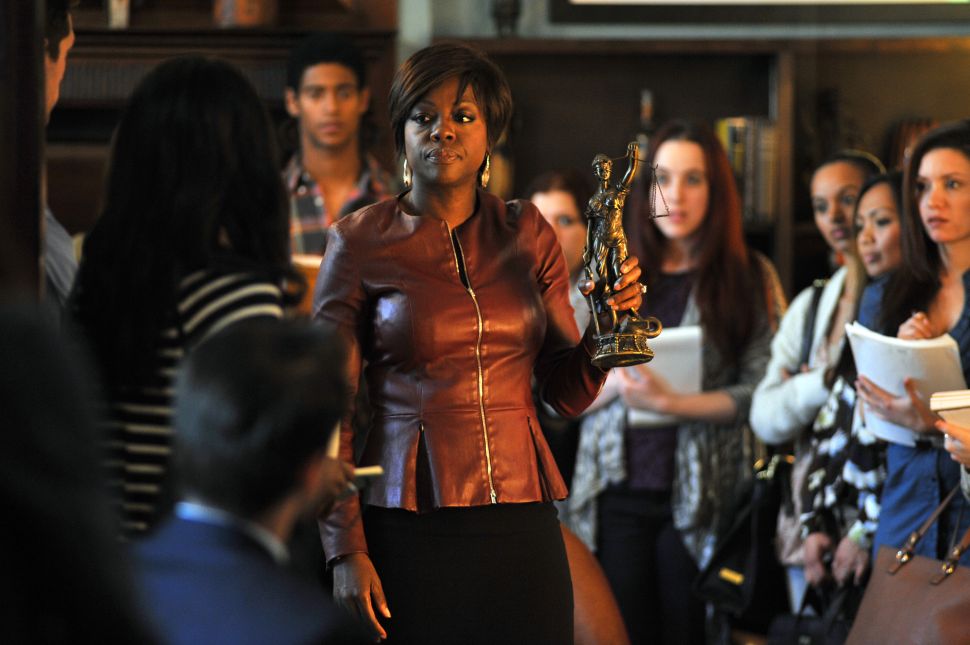 Filed Under: Entertainment, TV, Gotham, How to Get Away With Murder, Blackish, Utopia, Madam Secretary, The Mysteries of Laura, Scorpio