I am a 43-year-old immigrant who came to this country at the age of five from Russia. My father drove a taxi. And today, I am one of the largest taxi cab medallion owners in America thanks to a lot of hard work, a little luck, and countless hours of sweat.

We hear a lot of chatter about ride-sharing companies—or as I like to call them, “app” companies, as these companies’ cabs can be summoned via a mobile application on a smartphone—and the impact they have had on our business. The reality is that these products have enhanced the cab experience. Change is good. But it requires government oversight when it involves so many consumers nationwide. Government doesn’t always move quickly enough, and that has created issues for everyone in transportation. Nationwide, hundreds of thousands of people work in the medallion cab industry and follow stringent rules which are mandated by local and state governments in order to protect drivers and the public.

For example, in New York City, there is a 200-page rule book that yellow cab owners and operators scrupulously follow. We are regulated, do not raise prices on a whim when it rains, nor do we serve only those consumers armed with iPhones who are willing to pay the highest price (60% of the people who request cars via apps currently don’t receive a ride).

While these app companies have raised billions in Silicon Valley, and disruption is good, it must happen within the framework of the law for an industry that serves the general public. App companies nationwide, from San Antonio to Miami, Chicago to Detroit, St. Louis to the entire state of Nebraska, have been shuttered. Just this week, we learned that Germany has banned Uber.

Rogue app companies dispatch drivers and vehicles, hire and pay drivers, and collect money from passengers, yet they don’t follow the same rules as all other cab companies. These app companies claim that because they use mobile device applications they are “technology” companies and not “transportation” companies. These false claims allow them to operate with a different set of rules from black, yellow and green cabs.

Yellow cabs offer reliability and are regulated. We go where passengers need us to—at all hours of the day and night and follow ever-changing rules and regulations. We carry ample commercial insurance coverage in case of accident, and have protections in place for both drivers and consumers.

App companies employ “surge-pricing” and charge more during inclement weather or busy times. We rightfully charge a set and meter-fixed price. Price gouging should be forbidden, and needs to be out-regulated. Transportation companies which are ordered via an app must not be subject to different rules and regulations than the rest of us. We welcome competition and technology, so long as all cab operators must be made to follow the same laws, rules and regulations.

My company manages the largest fleet in New York City, with over 900 yellow taxis and 3,000 drivers. We have taxi cab operations in Philadelphia, Chicago, and other cities. We are dedicated to making the streets better and understand the need to continually modernize. We introduced hybrid and wheelchair accessible taxies, and offer alternative fuel sources. We recently partnered with the second largest police union in New York City, the Sergeants’ Benevolent Association to provide, scholarships and safety training.

New York is the gold standard in taxis – there is a strong regulator in a thriving industry. It is the ideal city to respond to the hostile takeover being attempted by a Mafia-like Silicon Valley.

In order to protect the public, municipalities should end the cat-and-mouse games taking shape nationwide. Let’s create a universally accepted taxi app which is accepted by municipalities, has an option for a wheelchair accessible cab, and is equally accessible to all. This universal app must work on all for-hire vehicles so that when New Yorkers use it they know they are getting a regulated, insured cab with predetermined, metered rates.

The city can collect taxes, the same way it does on metered rides, every car-for-hire will follow the same set of rules, and consumers will be protected. 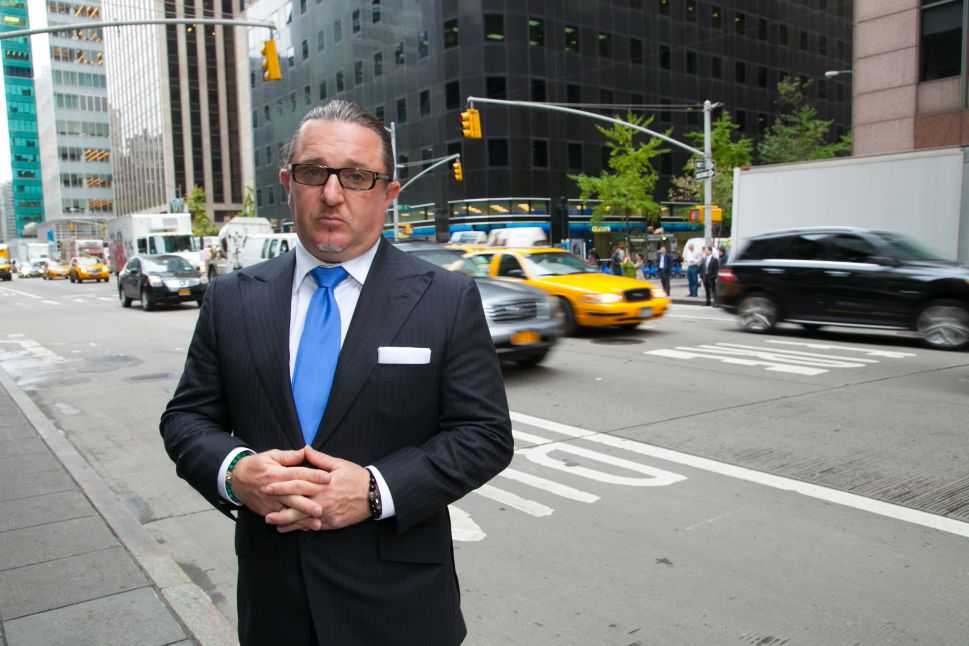