On traveling to the middle of nowhere Arkansas to see “State of the Art,” a show of 102 under-appreciated artists, at Crystal Bridges. That would be “The Walmart Museum,” and apparently that’s a nickname the curators encourage, which is interesting. And Alice Walton, the eleventh richest human on planet Earth, seems pretty chill. [Artforum]

Speaking of planet Earth, it is now blessed with another work by the artist Banksy. [The Telegraph]

Our airborne all-seeing Internet cameras have discovered massive land art made by an ancient civilization. We’re living in the future, people. [artnet]

The actor who played Furio on The Sopranos discovered that some painting he bought in Frankfurt is actually a Guercino, probably worth millions. Now he’s shopping a book about the whole experience, and about his childhood love of art, because that’s how they do it around there, capisce? [Page Six]

There are some old distinguished sculptures up at Yale—and we’re not talking about the English department! [WSJ]

And we’re a day late to read The New Yorker, because there’s a lot going on, you know? Calvin Tomkins has a lyrical, warm look at Chris Ofili, who returns to the city with a retrospective at The New Museum some years after royally pissing off Rudy Giuliani. And our friend Emma Allen goes to Art Southampton with Eric Fischl and, while trying to park, they back into a Jaguar. But everyone’s OK! [The New Yorker] 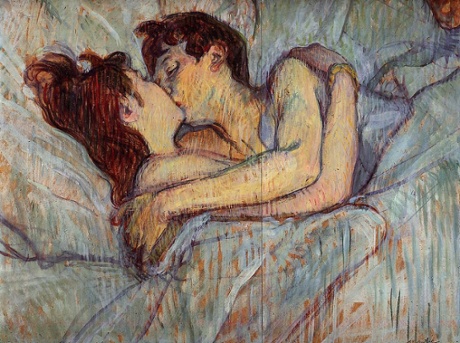