In an art world, where dealers are politic to the point of blandness in their efforts to avoid playing favorites, Ms. Lévy’s superlatives caught the attention of her audience, a group who converged on 909 Madison Avenue yesterday morning to preview the new show of work by Roman Opalka. The late Polish-born artist committed the last 46 years of his life to a single project: Painting the numbers one through infinity.

The large paintings, or “details” as Opalka preferred to call them, provide a weighty meditation on mortality, though they pack a purely aesthetic punch as well. The rows of numbers, painted in white on gray backgrounds that gradually lightened over time, create undulating patterns that suggest waves moving across the sea. In the show, these are accompanied by seven photographic self-portraits.

The artist took a headshot every day after finishing his work, keeping the framing and lighting consistent, and the result is an affecting record of time being etched on one man’s face. The first photograph shows Opalka as a man of about 40 staring straight into the camera. By the last photograph, what used to be the only two creases on his face have been joined by many others, his neck and eyelids have succumbed to gravity and his thinned hair has turned a snowy white that blends into the pale painting behind him.

Begum Yasar, an associate director at the gallery, explained Opalka’s project as the ultimate  merging of art and life. The artist worked every day, even continuing his numbers on small cards when he was traveling.

Ms. Lévy told the group that she first encountered Opalka’s work at the 1995 Venice Biennale, where it was on view in the Polish pavilion.

“The emotion I felt there and then, I don’t think I’ve ever felt again,” she said.

After comments from Marie-Madeleine Opalka, the artist’s wife, and David Shapiro, the poet and art historian, the crowd migrated around the corner to the Salmueria Rosi Parmacotto for lunch. The Prosecco was flowing, as was the discussion.

“I have never heard a dealer talk about an artist like that,” remarked one journalist who’s been in the business for decades, referring to Ms. Lévy’s effusive comments.

“He’s an artist that means a lot to me,” Ms. Lévy told the Observer, explaining that emotional terms felt like the right way to convey Opalka’s importance. And what makes this a good time to show Opalka in the U.S., where he is largely under-appreciated?  She answered: “I’ve been waiting to do this show for 10 years.” 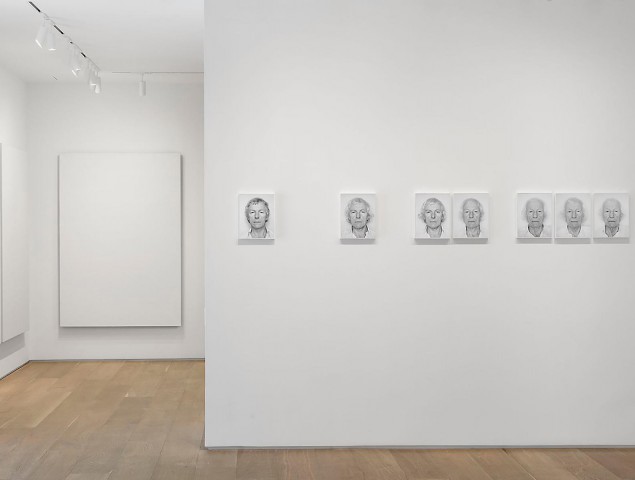