NEWARK – All nine city council seats on the second floor of Newark’s City Hall were filled by an array of Essex County’s state legislators on Tuesday night. They faced over 100 Newark residents at a hearing called by state Sen. Ron Rice (D-28) about the problematic school enrollment plan engendered by the controversial One Newark school reorganization plan.

What the legislators got was their ears filled with a litany of anger and frustration from parents, students and policy makers who felt that a plan that was meant to give them more school choices has left them with bad choices, or no choices at all.

“I was told that there was no place in any school in the city of Newark for my daughter. They said ‘Give me your cell phone number, we’ll get back to you,'” said Darren Martin, 54, about the plight of his daughter, Darria, 13, who wants to go to Ann Street School in her Ironbound neighborhood when school starts on Thursday. “What’s happening to our children is a crime, and I want to press charges.”

The mood of many Newark parents in recent weeks has been less than forgiving as the turmoil over school enrollment marks the first step in the installation of the One Newark plan, announced by Newark School Superintendent Cami Anderson in December. The Anderson-backed initiative includes the expansion of charter schools, which already serve approximately 20 percent of the city’s students, as well as the closure or consolidation of certain public schools.

One facet of the plan is that instead of permitting parents to pick the school closest to their home, the new enrollment model allows them to research schools and rank their preferences for public or charter schools throughout Newark. Yet although this component of the plan was meant to improve the city’s public education system by increasing student options, the initial results have left many parents angry and confused.

“We live just a block away from Ann Street School, and they placed my daughter at a school four miles away,” said Ironbound resident Maria DaSilva, 43, about her daughter Katelynn, 5. “I will not place my daughter in this school. I will do anything for my daughter to get her the education she deserves. The superintendent, Cami Anderson, needs to go. We need a change as soon as possible.”

Newark Mayor Ras Baraka, the former principal of Newark’s Central High School, has been vocal in his opposition to the One Newark plan. After briefly speaking at the hearing, Baraka told PolitickerNJ about what he felt was one of the most disturbing aspects of the ongoing fight over the One Newark plan.

“We’re saying that we’re giving parents a choice when we’re really taking their choice away from them. It’s upsetting,” Baraka said. “Most of this is about people wanting their kids close to them. Cami Anderson just violated that, and she’s doing it with impunity. And it’s being supported by the state and its whole apparatus.”

“For people to say it’s none of my business is insensitive, it’s actually ridiculous,” Baraka added, referring to comments by Gov. Christie last week in which he said that Newark’s mayor “should run the city and not run the schools.” “The education of any child in your city is the concern of the mayor. Mayors across the country have been trying to get control of their schools. All of us are concerned. It’s a huge part of our business.”

Meanwhile, Melanie Mwanje,a Ugandan immigrant who lives in the West Ward with her three children, added her voice to a chorus of irked parents of reportedly 8,000 students who still are unsure where their children will go to school less than 48 hours before Newark’s school year begins.

“I did everything right,” Mwanje said. “My children have been hurt by this. They have been affected by this.” 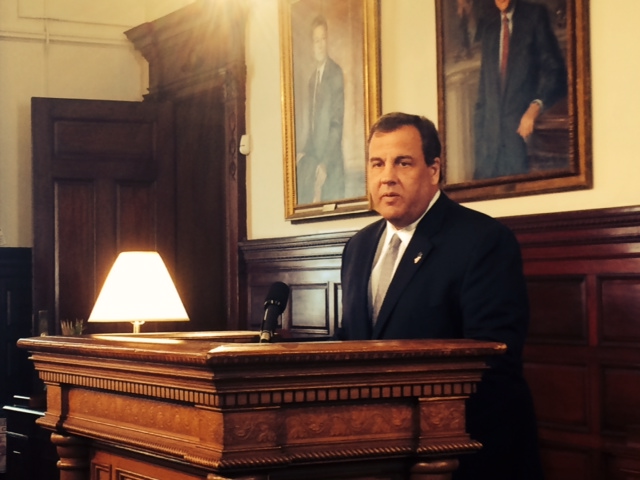