How prepared is New York City? Are the terror threats made by ISIS, Al-Qaeda, Al-Shabaab, or any of the other radical Islamic extremist groups against us real? Are there already radical Muslim terrorists here on U.S. soil? Is there a real possibility of another catastrophic attack? Do we have the ability to stop it? How do we fight and destroy this enemy?

As we mark the 13th anniversary of the attacks of September 11, 2001, I am asked these questions over and over. My response is based on personal observations and insights into the world of radical Islam, over the past 30 years. I lived in the Kingdom of Saudi Arabia for close to four years, worked for various heads of state in the Arab and Gulf regions for another four years; was the interim minister of interior of Iraq after the fall of Saddam Hussein, and was in command of the NYPD during the 9/11 attacks. I’ve witnessed multiple suicidal bombings in Iraq and Jordan, as well as the savage behavior of Saddam’s Fedayeen assassins during his time in power.

This isn’t about politics. This is about the threats that I believe we face here, and what can be done about it.

First, forget the names, ISIS, ISIL, Al-Qaeda, etc. … The names are different, but the enemy is one and the same—a sick and demented interpretation of the Koran that believes in the annihilation of the Christian and Jewish faiths, and that death is owed anyone who stands in their way. They believe that terrorizing their enemy is part of Islam. Lastly, they believe in martyrdom, which makes them the most dangerous of all enemies.

There are hundreds of Americans who have flocked to Syria and Iraq to fight with the ISIS army and/or other extremist groups, as well as Europeans and Chechens. They will learn the brutality and savagery that we have witnessed in the beheadings of journalists James Foley and Steven Sotloff and many others, and then they will return home using their American passports or through our unprotected borders.

Identifying who was where once they’ve left this country is not an easy task. Although our intelligence capabilities are far better than they were in 2001, they are not perfect. There will be many of these fighters who return and melt back into our communities undetected. In addition, we’d have to be extremely naïve to believe that there are not hundreds of “home grown” jihadists of the same radical Muslim mindset of those returning from Iraq or Syria.

That is the enemy we face. And yes, in my opinion, they are here in this country.

I strongly believe that New York City is better prepared than any other city in America to prevent an attack by radical extremists and better prepared to respond if, God forbid, one occurs. Our crisis management and disaster response capabilities are unparalleled in the United States, and our counterterrorism networks with our state and federal counterparts, as well as the international community, including governments in the Middle East, are unlike any municipal police agency in the world.

I have complete confidence in the leadership and command structure of the NYPD, and can only hope that the mayor understands the threats we face well enough to insure that our first responders are given the equipment, resources and training they need to be prepared.

As for defeating the radical Islamic enemy we now face, we need a coalition of international partners, including Saudi Arabia, Qatar, Yemen and the Emirates—once breeding grounds for this enemy. It’s going to take air superiority and firepower, and either U.S. special operators on the ground, or civilian contractors, as advisors and trainers. It’s also going to take an intelligence capability that we’ve never seen before, which ties into the Arab and Gulf States, including Israel, Syria, Jordan and Egypt, Russia and all of Europe. ISIS’ growth and power results from the funding they’ve acquired pillaging cities throughout Syria and Iraq and seizing oil fields. I also believe that some governments or wealthy sympathizers are funding them in the mistaken belief that it will diminish the threats against them.

In the aftermath of 9/11, we called on foreign nations to fight radical extremism and said, “You’re either with us, or against us.” Today, those words have never been more important. Countries, governments and sympathizers that support radical Muslim terror groups are our enemies. The elimination of their funding is 90 percent of the battle, so we need to follow the money.

I don’t foresee another 9/11 type of attack where jet airliners are flown into buildings. And, although I am concerned about our supplies, power grids, and transportation hubs, I’m more focused on small coordinated attacks on the same day at the same time in our schools, malls, or tourist sites. Think of the barbaric conduct we’ve witnessed in Iraq and Syria by ISIS and others over the past few years. Imagine the savagery of James Foley’s death being carried out right here on U.S. soil. Imagine what it would do to Wall Street, our tourism and airline industries, and the American psyche. The only thing worse than imagining is that it happens. Then it’s too late.

It’s time to wake up and address this growing threat. We know the threat is real. We’ve seen it on YouTube. Doing little to nothing to stop it, 13 years after we watched our city and country attacked by the same insane ideology, is no longer an option.

Bernard B. Kerik is the former New York City Police and Correction Commissioner. 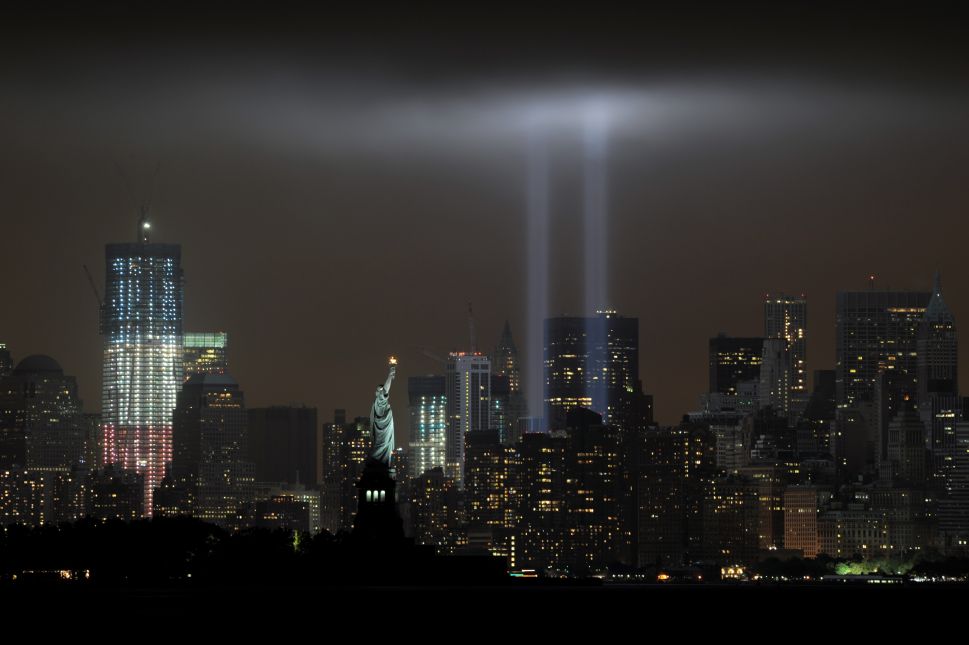