The phrase “Virgin Disruptors” brings a lot of things to mind. Use your imagination. But perhaps none of those things is an hour-long panel on infrastructure and transportation.

Yet there we were at such an oddly christened event, a Virgin Disruptors event, held at the Hayden Planetarium Monday night. It seemed like a pretty saucy name for a panel on the future of transit, until we realized that Sir Richard Branson—of Virgin Galactic, Virgin Atlantic, Virgin Records, and so forth—was hosting. It was sponsored by Grey Goose, and there was a lot of Grey Goose. So it wasn’t exactly a snooze-fest.

First, there was a cocktail hour, during which people milled around in the space-themed lobby of the Museum of Natural History. Onward with the onslaught of the Grey Goose. Ladies were in cocktail attire, and a lot of the men had the ruggedly creviced faces of adventurers like Mr. Branson. We couldn’t help but wonder: is a lifetime of sunburn a prerequisite for space travel? Does one have to be permatan in order to partake in interstellar adventures? We hoped that the panel would address such pressing questions.

Well, no, it didn’t, but it did feature a video introduced by three separate guys—all real disruption must come with proper pomp and circumstance. The video showed a model of Virgin Galactic’s supposedly real spacecraft taking off, and after it got some altitude, the middle hull dropped out. Operatic arena rock bellowed throughout the lobby as that part of the aircraft turned into a spaceship and made its way out of Earth’s atmosphere. It was all very inspirational.

Then, Virgin Galactic bigwig George Whitesides recounted the time Mr. Branson became annoyed due to a cancelled flight, so he decided to start his own airline. As one does. Virgin Galactic is still chugging away on that whole commercial space travel thing, Mr. Whitesides added, although the first flight date hasn’t quite been nailed down yet. (The earliest estimated launch date was back in 2011. Now, Mr. Branson is saying early next spring.)

Then, behold, the moment everyone was waiting for: Mr. Branson bounded onto the stage, cocktail in hand, his peroxide shag rippling in the wind. He got about two words into his brief speech before mentioning, apropos of nothing, that he recently tried to teach Archbishop Desmond Tutu how to swim.

“But despite the fact that he was an archbishop and should be able to walk on , he failed,” said the billionaire who bought an island and then decided to call it Necker Island.

Anyway, back to space stuff—about that, Mr. Branson said that despite the almost comical number of delays, “Everything is going exactly according to plan now.”

As that plan takes it sweet time to come to fruition, we’ll have to deal with fake stars. We made our way up to the planetarium, where people were handing out little gelatinous candies. What exactly were they? I mean, it was dark, we were in “space,” but we heard the phrases “space martini” and “Jell-O shot” so we grabbed one or two (read: five) just to be safe.

The event was being live-streamed, and transportation enthusiasts were encouraged to use the increasingly questionable hashtag #virgindisruptors to ask their own questions. Then, it was time to hear these thought leaders share their innovative, visionary vision of the future. Mr. Sanders, of skyTran, particularly hates waiting in traffic, he said. Why don’t we have these nifty little gondolas zip you around a city instead? Sure, why not! Everyone loves gondolas. They also lamented the cancellation of the Concorde a la Jay Z (“I don’t pop Molly I rock Tom Ford / International, bring back the Concorde”) but acknowledged that that model was probably too expensive to last forever.

But the closure of those high-speed flights did lead to a real debate. Mr. Piccard—whose bio described him as being “born into a dynasty of explorers and scientists who have conquered the heights and depths of our planet”—asked, after the gondola and interstellar travel chit-chat, how come we don’t build a plane that takes off at a 45-degree angle, cruises up to the Earth’s atmosphere, then gets us from New York to Australia in a single, gravity-less hour?

Yeah, how come? We never got the answer, but Mr. Lovins pointed out that if there are aliens in the universe, they’re definitely smarter than us. 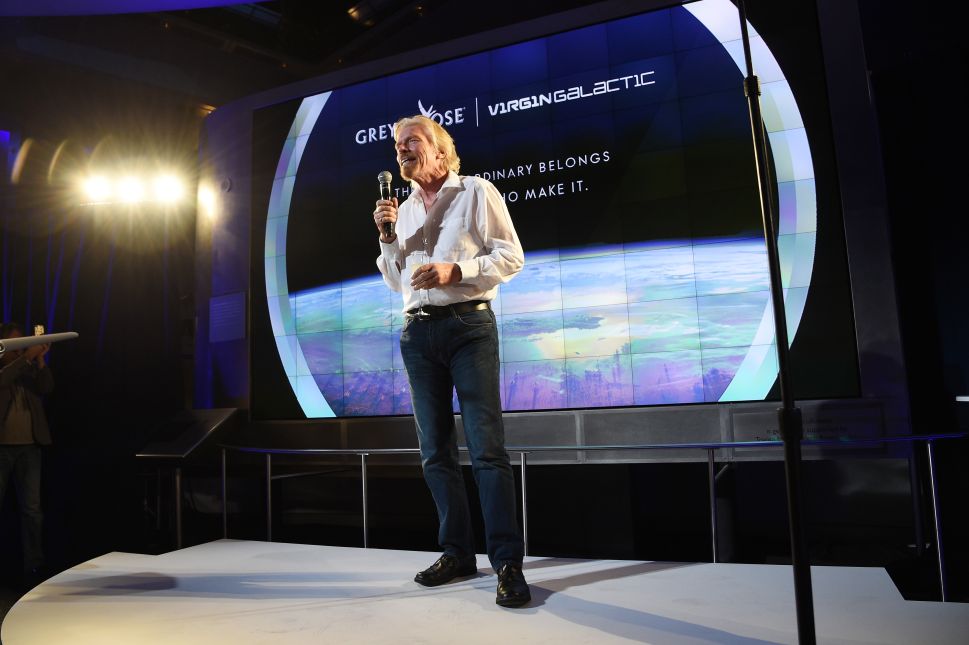