Hillary Clinton testifies before the House Foreign Affairs Committee on the September 11, 2012 attack on the US mission in Benghazi, Libya.
(Photo: Mandel Ngan/AFGGetty Images)

A House of Representatives panel seeking to investigate Benghazi began its work on Wednesday. The committee is co-chaired by Representatives Trey Gowdy and Elijah Cummings. The former is a Republican from South Carolina, the latter a Democrat from Maryland.

Since the attack on a U.S. consulate in Benghazi, Libya on September 11, 2012, in which the U.S. Ambassador to Libya and three other Americans lost their lives, Benghazi has come to stand for more than just the attack itself. It also now refers to the Republican charges that the Obama administration and Secretary of State Hillary Clinton mishandled the incident, contributing to the deaths of American diplomats. This has been viewed by the Republicans as Ms. Clinton’s biggest blunder during her term as Secretary of State. Democrats, for their part, have accused Republicans of politicizing the issue and using it to try to derail Ms. Clinton’s presidential ambitions.

Efforts to determine what really happened at Benghazi and who, if anybody, in the U.S. government was responsible for allowing the attack to occur have, in the more than two years since the events themselves, almost always been clouded by partisan politics. For years the Republican Party has tried to make Benghazi a negative for Ms. Clinton and President Obama. Former House Majority Leader Eric Cantor’s remarks from May of this year –“Well, four brave Americans were killed in Benghazi and to date it appears that more has been done to protect internal emails than to bring the murderers of these Americans to justice” — are illustrative of Republican views of an administration cover up of Benghazi.

The current congressional panel is not, however, simply rehashing the events of September of 2012. Rather, its goals are also to probe the extent to which security and other recommendations from the independent Accountability Review Board that examined what happened at Benghazi have been implemented by the State Department. This is a useful activity for a congressional panel and is precisely how relations between the executive and legislative branches of government should work. The question of whether or not this committee can remain focused on this task rather than devolve into yet another discussion of Benghazi more broadly has not yet been answered.

According to Jamal Ware, communication director for the House Select Committee on Benghazi. “the Committee will operate in a fair, fact-driven and impartial manner that produces a final accounting that is worthy of the sacrifice of the four Americans who were killed in Benghazi and worthy of the trust of our fellow citizens.” However, Mr. Ware also makes it clear “This (the committee) will go wherever the facts lead.”

Adrienne Elrod, communications director for Correct the Record, a PAC that promotes and defends Hillary Clinton, argues that this is not plausible as “the questions have been asked, answered, rehashed, and relitigated on the tragedy in Benghazi. Multiple committees have extensively investigated the Benghazi tragedy, resulting in more than 50 senior level staff briefings, at least 13 public hearings, dozens of interviews, and the disclosure of more than 25,000 pages of documents.”

It is, however, probably no longer in the interest of the Republicans to spend too much time and effort on Benghazi because the political environment is quite different now than it was four years ago. However, as Ms. Elrod notes, “the Republicans have and continue to use the tragedy in Benghazi to raise money,” so clearly the issue still resonates with the Republican activist base. Nonetheless When the attack in Benghazi happened, Ms. Clinton was finishing what was viewed at the time as a successful four years at the State Department. In that context, Benghazi had the potential to be a high profile negative on an otherwise strong record and was therefore an attractive target for Republicans.

Things are different now. The world is beset with major crises and there is a growing perception both in the media and public opinion that the Obama administration has done a poor job on foreign policy. Linking Ms. Clinton to those failures is a more effective political tactic than discussing a scandal that has never much damaged Ms. Clinton. A more relevant and serious question for conservative critics to ask Ms. Clinton as she seeks the presidency is to probe why she went along with an administration that wildly under-estimated the danger Russian President Vladimir Putin presented to Ukraine and elsewhere, or her role in Middle East policy that led to the rise of ISIS.

Ms. Clinton’s likely answers to these questions, either obfuscating or asserting that she tried, but failed, to persuade the President to act differently, are more damaging, and more likely to give swing voters reason for concern, than more Republican accusations that she did not do enough to prevent the attack at Benghazi. Ironically, further focus on Benghazi may help Ms. Clinton as it takes attention away from more meaningful criticisms and strengthens her campaign narrative that she has long been the target of angry and unfair right wing attacks. 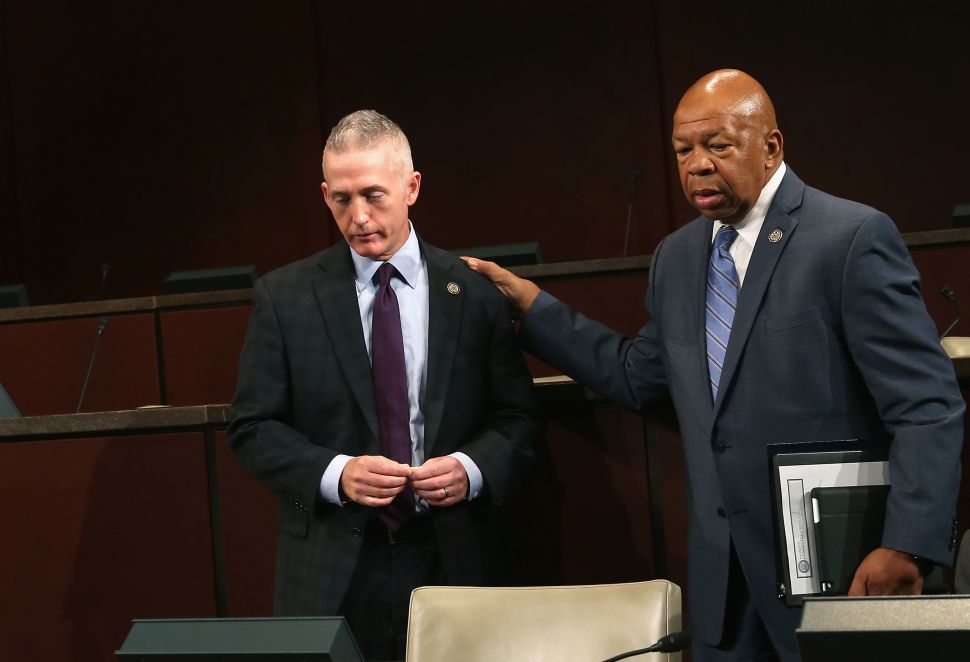