HACKENSACK – In the first TV ad of Bergen County Executive Kathleen Donovan’s reelection campaign, the Republican incumbent goes on the attack, painting the Bergen County Democrats with a broad brush of alleged corruption.

Voss is specifically referred to in the ad as being part of a Democrat-dominated board that has “given millions of dollars in no-bid contracts to campaign contributors and political cronies.”

In an interview with PolitickerNJ, Voss refuted the Donovan ad’s allegations about no-bid contracts.

“It’s the executive’s office that selects the companies for contracts. The freeholder board just pays the bills. The rest is not our prerogative,” said Voss, hours before a scheduled Tuesday night freeholder candidate forum at the Teaneck Public Library. “This is my eleventh campaign for public office, and I didn’t expect this to get so negative.”

But Bergen County Republican Chairman Bob Yudin replied that when it comes to the ad’s no-bid contract claims, Voss’ complaints are “crocodile tears.”

“When the freeholder board was 7-0 all Democrats, they voted to approve these contracts in lock-step,” said Yudin in reference to Voss, a former state Assemblywoman who was elected to the board in 2011. “It’s her job to look at the contracts and register her approval or disapproval. She’s trying to explain away her culpability. She could’ve voted no, but she didn’t.” 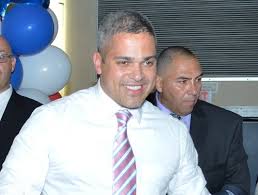