“The best and the truest, alas, are the fewest, but be one of these if you can,” says Mrs. Thompson in a voiceover of Nucky swimming to find coins dropped by the Commodore, back when Atlantic City was all swamp but surprisingly looked pretty much exactly like how it does (did?) in Boardwalk Empire‘s heyday. Whiplash though, since after that flashback to 1884, we’ve now skipped ahead seven years since last season’s finale to 1931, where Nucky is hanging out in Cuba with Sally Wheet. He’s betting all his money on the rum game, as well as some other, less clear game, which is being run by a Cuban child and involves slips of paper. Which raises several interesting questions:

1) Has Nucky been in Cuba this whole time? If so, what of the famous Atlantic City Conference in 1929, which was when Nucky had all the infamous mob heads down to his city? Just historically, that’s a pretty big moment to gloss over, seeing as it’s the one time Nucky Thompson was photographed with Al Capone. 2) What the hell happened to Lucky Luciano’s face? He’s been scarred in some terrible, droopy-eyed way, and he’s obviously hardened his heart against not just his former partner Meyer Lansky (who is down in Cuba for slightly nefarious, non-wife-related reasons), but against his former boss, Joe Masseria, who he has bumped after five cups of espresso, which is the legal amount of caffeine you can have in your system to allow you to plead temporary insanity. (I’m basically a lawyer now.)

For a moment I got to hope that meant Lucky was finally going to man the eff up–I mean, his syphilis and impotency scare was decades ago, at this point!–but he continued to prove himself an eternal lapdog by trotting back to the new New York boss, Salvatore Maranzano, and slicing his hand open on a ceremonial knife, which then all the other “dons” did, before everyone shook hands and promised to be BFF blood brother forever. Then the whole room of Italians drank exactly four espressos and everyone was fine. Except for Lucky’s sad face. Maybe Richard’s mask is still available, though it’d be for the wrong side. I like to think that Lucky will turn that frown upside-down when him and Lansky reunite and become a team again, since they are the true love story of Boardwalk Empire.

3.) Why is Chalky on a chain gang? Wait, no, we can probably deduce that his trip back to Baltimore after his daughter’s death wasn’t the greatest escape plan in the world, especially with Dr. Narcissus working for Hoover now. So the real question: why does Chalky get to wear a coat on the chain gang, but not allowed to tie his shoes? 4.) Why is Margaret attracted to such losers? Are we supposed to believe she’s been kissing the ass of that Mickey Mouse-loving loser for seven years? Didn’t she and A.R. (R.I.P.) have some sort of insider trading deal going on that would have put her on the outs with her employer real fast? But respect, Margaret has seen enough crazy for one lifetime; she really didn’t need to see this on a Monday. 5.) How is Nucky still the most opaque character on this show, seeing as we spend the most time studying him and his flashbacks? Instead of finding out what motivates him–it’s not family, it’s not being “good,” it’s barely even survival at this point–we just get a history of Enoch Thompson’s school of hustling, which involves being dour and cranky around men having a lot more fun than you are. Cheer up Nucky, it’s only life! And look, your new bodyguard seems way less talky than your previous manservant! So what if he has a penchant for ears? Blue Velvet is half a century away!

6) Where’s the good old Chicago gang? I never thought I’d say this, but seeing Eli’s dour mug might be a welcome respite from his brother’s. Plus, there’s always the hijinks of Capone and Van Alden to keep us going through these somber times. 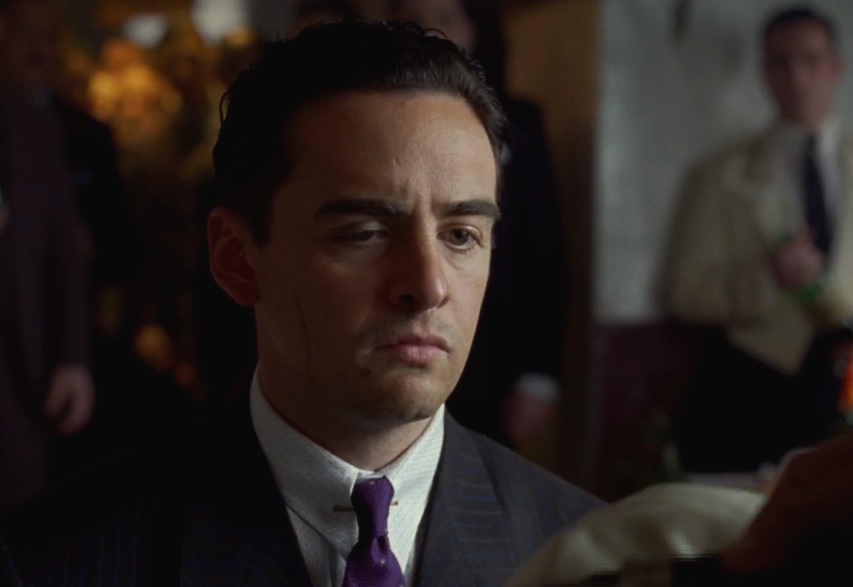