Sometimes Boardwalk Empire reminds me of that girl in school who seems normal and fun and then you go over to her house for a playdate and they have a million crosses and pictures of the crucifixion everywhere and when you go wash your hands you see psalms written in the bathroom mirror in what you hope to be lipstick and you want to call your mom but you don’t know if the house has a phone and the sandwiches taste weird and when you go to play Barbie, your friend is holding a decapitated Ken doll in her lap and wants to play Saint Catherine of Siena versus the Devil and guess which one you are? And you’re like “I think it’s time to go home…” and she’s is all, “Wretch that I am! John the Baptist never sinned and was sanctified in his mother’s womb!” And the doorbell rings and she starts lashing herself with a Nerds Rope, crying “I have committed so many sins…” and you’re like “Jesus at this point I’d watch The Newsroom, just get me out of here.”

Which is all to say: I really hope Boardwalk Empire isn’t going to keep on this devout Christian kick, because it’s starting to creep me out.

“It’s hard enough to do business as an Irish Catholic,” sighs Joe Kennedy to Nucky, turning down some red wine with veal parmesan. “I’m trying to thwart the image that we’re all drunkards.” Joe’s got a chip on his shoulder, which he will now elaborate on.

“They judge us, don’t they? The Brahmins and their ilk. As if their fortunes just wafted down from Episcopalian heaven.” Nucky is sort of like, “Sure,” but Joe is serious: if Nucky wants to be in business with him, he needs to not only show that he believes in the American Dream of becoming richer and more powerful than the people who think they’re better than you, but also prove that he’s doing it for the the right reasons. That your work will be an inheritance your children, who deserve it because they are your kids and not based on any of meritocratic values that you’re advocating for, and whoa buddy.

Joe notices that Nucky isn’t as much of a family man as he is because Nucky doesn’t have any pictures of his kids or wife in his office, and for a brief moment I have the flicker of hope that the rest of the season will be like Picture Perfect with Jay Mohr and Jennifer Aniston.

In Nucky’s flashbacks, we see that his first role model for good relationships was a guy who murdered his lover in a hotel room (but had her brought nice flowers every day!) and that his first wife, Mabel, introduced herself by quoting the bible in a very creepy way. Just like stepped up to him on the beach and started talking about Enoch being one of the two people in the bible who got to go to Heaven without dying. Nucky is like “Sure.”

Meanwhile, Chalky White and his new friend Buck have escaped from the prison gang and have broken into a house where Buck remembers there being a safe. Except there isn’t a safe, just a helpless mother and daughter in (very symbolically) white robes. Buck is mad, like both angry and definitely insane, but he also likes yelling about Jesus and God, which starts the women yelling about Jesus and God until Chalky just wishes he was back in the chain gang. “Baby girl, Jesus was wrong,” he responds when the daughter (Fern) says that Jesus just wants to forgive people. Eventually it turns out the Buck was right and these ladies are liars: there was a safe but there wasn’t anything in it but war bonds, and there is no man coming home to take care of them, because he left. Chalky kills Buck with a hammer and is forced to leave the house at gunpoint for saving the daughter’s life. So…gooooo Jesus?

Dr. Narcisse is back! He’s meeting with Lucky and Benny Siegel, who have been sent from Maranzano to let Narcisse know he’ll be paying out a “protection fee” for his heroin and prostitute ring up in Harlem. Narcisse is like:

So that’s a no then? Later, Siegel and one of his goons will come back and execute all the women and the porter at Narcisse’s whorehouse, because they haven’t seen last season of Boardwalk Empire and don’t know the hell they’ve just brought down upon themselves.

Mickey Doyle is back and adorbs.

Margaret is in hot shit after the firm discovers her signature all over “Abe Redstone’s” documents. They’ve put two and two together and know that Redstone was actually Rothstein and, furthermore, that her dead boss Bennett was syphoning funds from the gangster’s accounts. (Though I haven’t made the connection to why Margaret would help Bennett swindle Rothstein, who gave her an apartment.) And now Rothstein’s wife is going to sue: not the firm, but Margaret personally. Well, Margaret and her husband, Nucky Thompson. (Could you even sue someone in civil court for money obtained illegally, as it’s implied all of Rothstein’s cash was?)

I have to say, I’m rooting for Mrs. Rothstein here. Not only because I liked Arnold, but because his spirit was the anti-Kennedy: his life was the thrill of gambling, the roller-coaster of chance, while fastidious family man Kennedy is all about fixing the game and eliminating risks. Which sounds about as much fun as bible study camp. 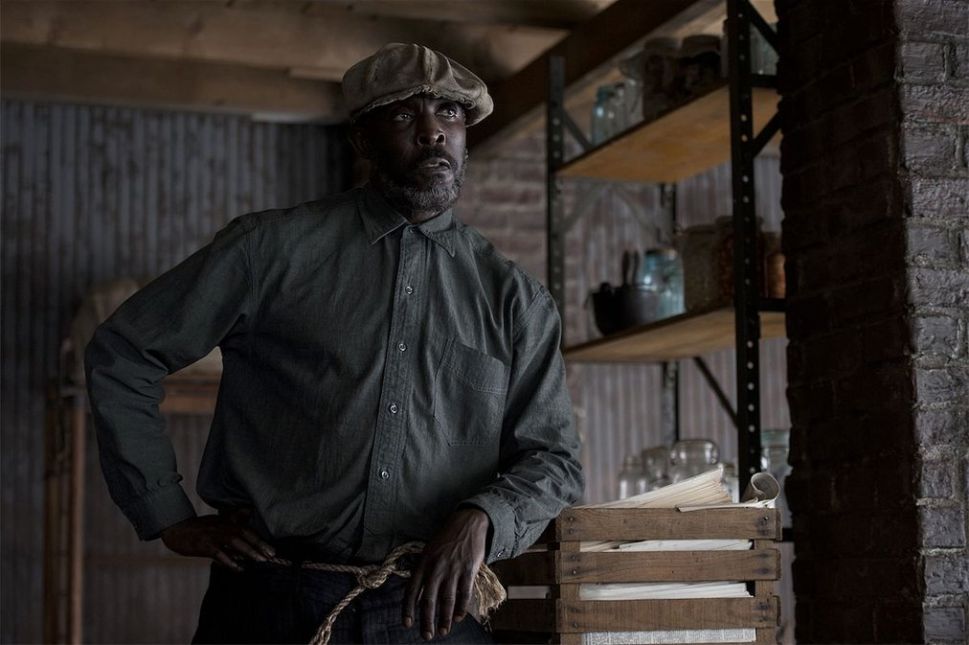