It is not yet clear whether or not Gov. Bobby Jindal of Louisiana is running for president in 2016, but his recent comments in Washington should probably be seen in that context. Mr. Jindal was in Washington this week to, among other things, unveil his national energy plan. Crafting a national energy policy is not usually part of the work of the governor of Louisiana, so it is likely that a big part of Mr. Jindal’s trip was to explore further a possible presidential bid.

Gov. Jindal’s new energy policy, a report called “America’s Next Energy Plan-Organizing for Abundance” produced by America Next, a conservative non-profit policy group that promotes Mr. Jindal’s views, describes the administration’s current energy policy as “based on radical leftist ideology which is causing America to snatch defeat from the jaws of victory” and goes on to assert “energy scarcity and skyrocketing energy prices result from failed public policy, not our unparalleled energy abundance.”

These are reasonably standard conservative views on the Obama administration’s energy policy; and Republicans criticizing Democrats for not drilling for enough oil is not news, but the Governor’s spoken remarks were more notable. “The reality is right now we’ve got an administration in the Obama administration that are science deniers when it comes to harnessing America’s energy resources and potential to create good-paying jobs for our economy and for our future.” Mr. Jindal’s use of the phrase “science deniers” to describe administration policy is intriguing especially in the context of the current political environment. We have grown accustomed to Democrats and progressives accusing Republicans and conservatives of being anti-science, but the reverse is much more rare. It is all the more rare from a politician whose policies as governor reflect an ambiguity around such scientific concepts as evolution.

In recent years the Democrats have, with a fair amount of success, positioned themselves as the party of science primarily by drawing a contrast between themselves and the Republicans on positions such as evolution and climate change. Although these positions have energized a Republican base that believes creationism should be taught in schools and that climate change is a hoax, or at least overstated, it is not, in the long run, a good position for the Republicans. As younger and more educated voters enter political life, being the anti-science party will likely become an increasingly big handicap for Republicans.

Despite the political appeal of this approach, the substance of Mr. Jindal’s accusation deserves some scrutiny. Athan Manuel, the Director of Lands Protection at the Sierra Club questions the science behind Mr. Jindal’s accusation, ““Obviously the administration is not holding up new oil and gas drilling. Most of drilling is occurring on private not public lands, but that’s because of geology not politics…(It’s) kind of an interesting claim, but there’s not a science bias against oil and gas.” Mr. Manuel also observes that given the scientific reality of climate change, a science based policy would stress the need to reduce the use of oil and gas regardless of from where it came.

By referring to the Obama administration as “science deniers” Mr. Jindal has sought to turn the language, and the relative positions of the two parties, around. On the surface it seems strange as Gov. Jindal’s differences with the White House regarding energy are clearly ones of policy not of science, or even of interpretations of scientific data. Nonetheless, the effort is significant. If other Republicans begin to use this language too, it will blur the message and policy discussion, making it harder for the Democrats to present themselves as the party of science. This, in turn, will help the Republicans shake off the image as the anti-science party. Additionally, if the Republicans are able to argue that the president’s energy policy is the result of shoddy science, rather than different policy views, it will be much easier to win popular support for Republican energy policies.

It is, of course, possible that Mr. Jindal’s comments were made spontaneously with no larger political motive, but for Republican strategists, the idea of turning the science tables on President Obama and the Democrats is extremely appealing. Forcing the Democrats to defend their scientific credentials by asserting, as Gov. Jindal’s plan does, that Democratic policies are really the product of an administration “full of ‘energy deniers’ who pursue radical environmental ideology that flies in the face of the science and the facts, and they do so with religious fervor,” would be a huge political advantage for the Republicans, regardless of the actual science involved. 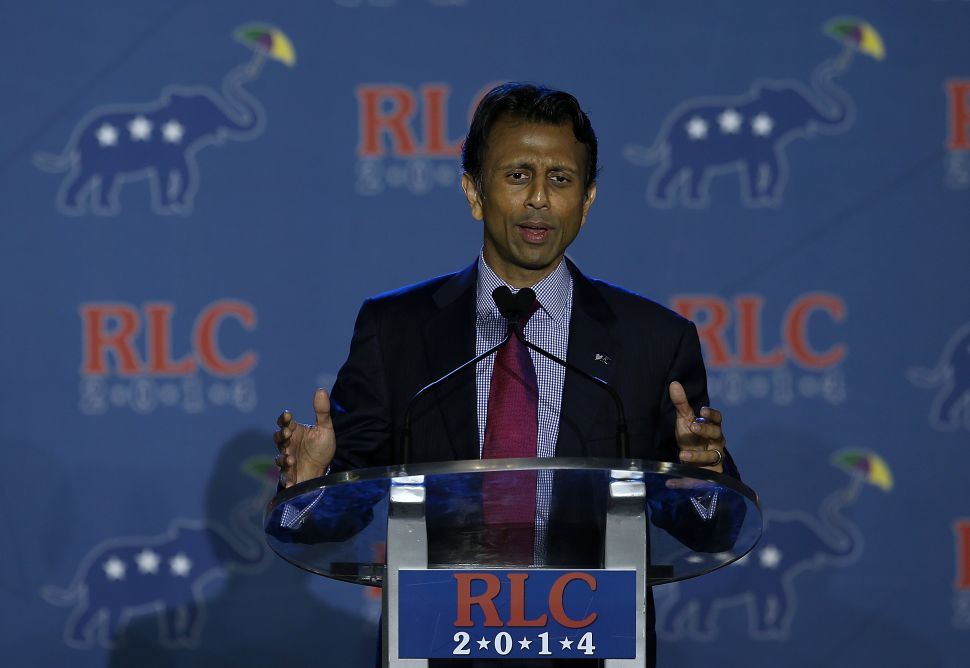