The campaign of U.S. Senator Corey Booker (D-NJ) isn’t being deterred by a poll today that showed the race’s Republican opponent trailing just 13 points behind the popular incumbent.

“By contrast, voters also see that Jeff Bell wants to take New Jersey back to the days when abortion was criminalized, economic policy favored the rich and women were prevented from making their own decisions about their careers and their healthcare,” he said.

Bell, largely considered the underdog in this race, is 13 points behind Booker among registered voters, according to this morning’s FDU poll. If the election were held today, 42 percent say they’d support Booker with 29 percent favoring Bell. Over a quarter (27%) say they remain unsure of whom to support, the poll found.

And while Democrats and Republicans were lined up predictably behind each candidate, independents remain largely undecided. Almost half (46%) of the independents polled say they’re unsure whom they’ll support in the race for the senate — though among those who do have a preference, Booker trumps Bell by a ratio of more than two-to-one (36 versus 13%, respectively).

But he 13 point gap is significant, if only because it shows that Bell — an obscure policy-wonk who’s spent the last 30 years living in Washington D.C. — might actually have a chance at defeating Booker — a political ‘superstar’ in the Garden State and beyond, by most measures of the word.

“Although Jeff Bell is not a political newcomer to the state, his absence from politics for decades has left him a relative unknown among this generation of voters. The fact that he trails an incumbent senator with rock star appeal by a smaller margin than expected suggests anti-incumbency is operative in this election,” said Krista Jenkins, professor of political science and director of PublicMind. “Add to this the high percentage of undecideds, and it’s clear that even someone with the appeal of Senator Booker is up against tough but still navigable anti-incumbency winds.”

Bell faces other obstacles in his challenge of Booker outside the lack of regional recognition, however — he’s also miserably outfunded by the deep-pocketed Democrat, who boats a $3 million war chest to Bell’s empty purse. (Two NJGOP-fundraisers are scheduled for Bell this month and next as part of an effort to fix that.)

Yesterday, Gov. Chris Christie — a longtime political ally of Booker — said the full weight of his support is behind Bell, who he’ll be voting for in November. 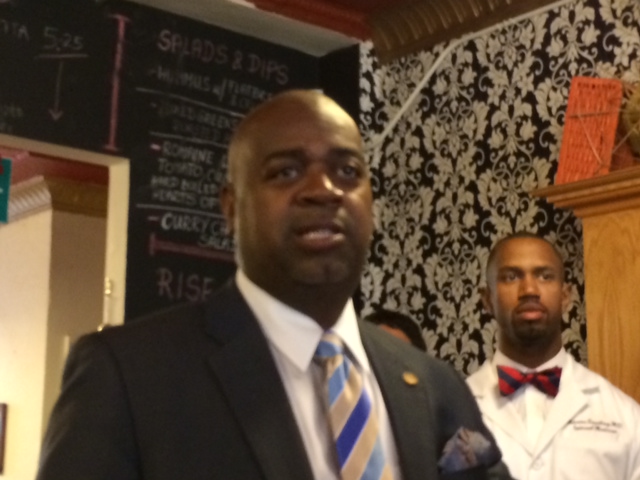