Police Commissioner Bill Bratton today said that the New York City Police Department’s counter-terrorism unit has no information suggesting any plot to target New York City–just a day after he warned that websites affiliated with the Islamic State in Iraq and Syria were encouraging followers to attack Times Square.

Mr. Bratton assured an audience of Jewish leaders assembled for the annual High Holidays security briefing at One Police Plaza that the NYPD’s reconnaissance units had no proof of any plans to launch a terrorist attack against the city. Several people present expressed anxieties to the commissioner that New York could soon find itself targeted, given the increasingly volatile situation in the Middle East, where ISIS has conquered large swaths of territory in Syria and Iraq in its effort to establish a fundamentalist caliphate.

“We have no intelligence from a variety of sources that we are in contact with that there is any threat directed at this city at this time,” Mr. Bratton said.

Rabbi Jacob Goldstein, a United States Army chaplain and community board leader in Brooklyn, questioned the commissioner about the possible impoverishment of the NYPD’s intelligence after it scaled back its controversial surveillance program in Muslim neighborhoods.

“Surveillance has been cut back, I read in the paper, for whatever reason in communities that have potential to engage in terrorism,” Mr. Goldstein said. “What are the reassurances that we can have boots on the ground?”

Mr. Bratton said, however, that the department’s anti-terrorism information stream is running as strong and clear as it ever has.

“Our relationships that we depend on with organizations for human intelligence, I can say quite comfortably, they have never been better,” Mr. Bratton said. “We are as good as it gets at the moment, and of course we are working to get even better.”

The commissioner’s remarks come shortly after the Daily News reported that he voiced concerns of Islamic State fighters taking their battle against the United States-backed Iraqi government and the pariah Syrian regime to New York City.

“There are thousands of potential fighters over there who will exit that conflict. The potential for them to come back and do terrorist acts here is very real and has expanded significantly the terrorist threat,” Mr. Bratton told the paper.

It’s also just two days after Gov. Andrew Cuomo and New Jersey Gov. Chris Christie vowed together to review the counter-terrorism organization in each of their states at a press conference alongside Department of Homeland Security Secretary Jeh Johnson. Similar to Mr. Bratton’s concerns about a lone wolf attack on Times Square, Mr. Johnson emphasized the need to be ready for domestic-based attacks.

“We need to keep our eye on a range of threats — and as I see it, those threats include the potential for domestic-based attacks of the type we saw at the Boston Marathon last year,” Mr. Johnson said Monday. 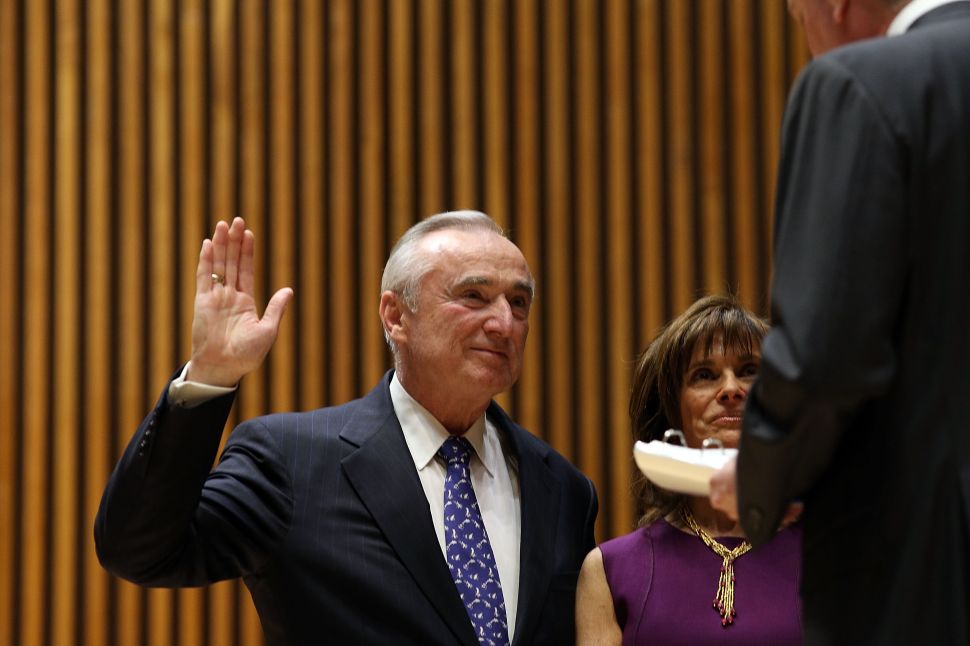