Councilman Andy King, Assemblyman Marcos Crespo and Assemblyman Luis Sepulveda–all Democrats–joined leaders of the reform group Discovery for Justice and unions 1199 SEIU and Teamsters Local 210 to call for the state to repeal and replace Article 240 of the Criminal Procedure Law. The law, as it stands, permits district attorneys to not release all evidence in their possession in the pre-trial “discovery” period unless the defense specifically files a motion for it–which many public and pro se defenders fail to do.

A bill for a new statute, Article 245, has passed the Democrat-dominated Assembly but failed in the Republican- and Independent Democratic Conference-controlled State Senate.

Mr. Crespo–who co-sponsored the Article 245 bill in the Assembly with Mr. Sepulveda–noted that rock-ribbed Republican Texas, under the leadership of GOP Gov. Rick Perry, had already passed a law requiring full pre-trial disclosure.

“Texas already has open discovery, with a Republican governor! Where are we, the Democratic, progressive state of New York?” said Mr. Crespo, arguing that the existing law disproportionately impacts people of color. “The Assembly has passed this bill. The Senate stands in the way. And all it does is serve as a tool to continue to burden to young, black and Latino men and women and minority communities. That inequality has to stop.”

Mr. Sepulveda asserted the problem was larger than a single statute, and that the existing law is just a part of a system that encourages police and prosecutors to seek to deliver the most convictions possible, rather than convict people with accuracy

Joining the Democrats was Ramon Jimenez, a Harvard-educated attorney who has long acted as an advocate and activist in the Bronx–and who is now challenging Democratic Attorney General Eric Schneiderman on the Green Party line. Mr. Jimenez pressed the overarching racial issues even harder than his predecessors at the podium outside the courthouse. 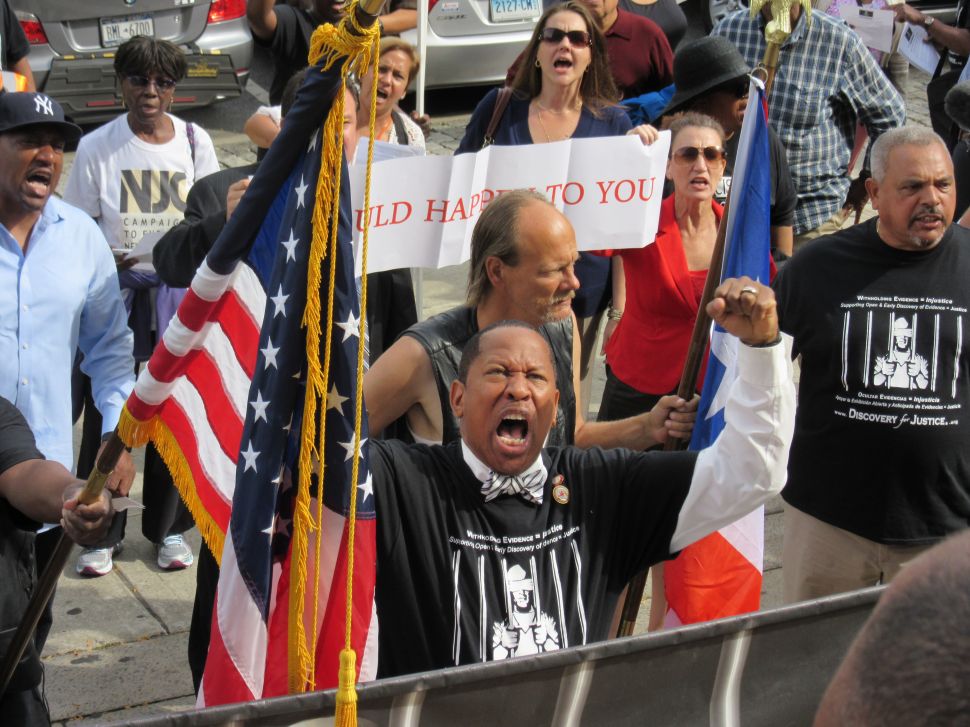