John Cahill, the Republican rival to Attorney General Eric Schneiderman, declared himself to be “Iron Man” after a Siena College poll today showed him trailing the incumbent by 16 points–an 11-point gain from last month.

The survey found Mr. Schneiderman leading Mr. Cahill, former chief-of-staff to Gov. George Pataki, 50 percent to 34 percent among 809 likely voters, with 15 percent undecided–compared to 54 percent to 27 percent last month. The Republican took the figures as a sign of momentum against Mr. Schneiderman, who he blasted as an anti-business, soft-on-crime “no-show.”

“New Yorkers, when given an alternative to th‎e corrupt, look-the-other-way politics of Eric Schneiderman, flock to John Cahill’s promise of integrity and independence in the attorney general’s office,” said campaign spokesman David Catalfamo. “As we enter the final phase of the campaign, it comes down to an Iron Man vs. a Silent Schneiderman–we like our chances.”

“As the old political cliché goes, you need 50 percent plus one to win the election. Schneiderman is currently standing at 50 percent. Cahill has cut what was a large 27-point Schneiderman lead in August to a 16-point lead with still more than five weeks until Election Day,” pollster Steven Greenberg said.

The Schneiderman campaign responded by pointing out it only began airing ads this week, whereas Cahill has been buying air time since August. The incumbent’s team also attacked Mr. Cahill for having fuel industry clients in the law practice he shares with Mr. Pataki–which Mr. Schneiderman’s spokesman contrasted with the sitting attorney general’s massive settlements from banks.

“If John Cahill really cared about integrity and independence, he would come clean about the oil and gas industry clients he represents as an unregistered lobbyist. This week we started talking directly to voters about Attorney General Schneiderman’s record winning historic settlements from the big banks that wrecked our economy, cracking down on public corruption and providing bulletproof vests to cops,” said spokesman Peter Ajemian. “We look forward to running on Eric’s record taking on these tough fights for New York families and ensuring there’s one set of rules for everyone, no matter how rich or powerful.” 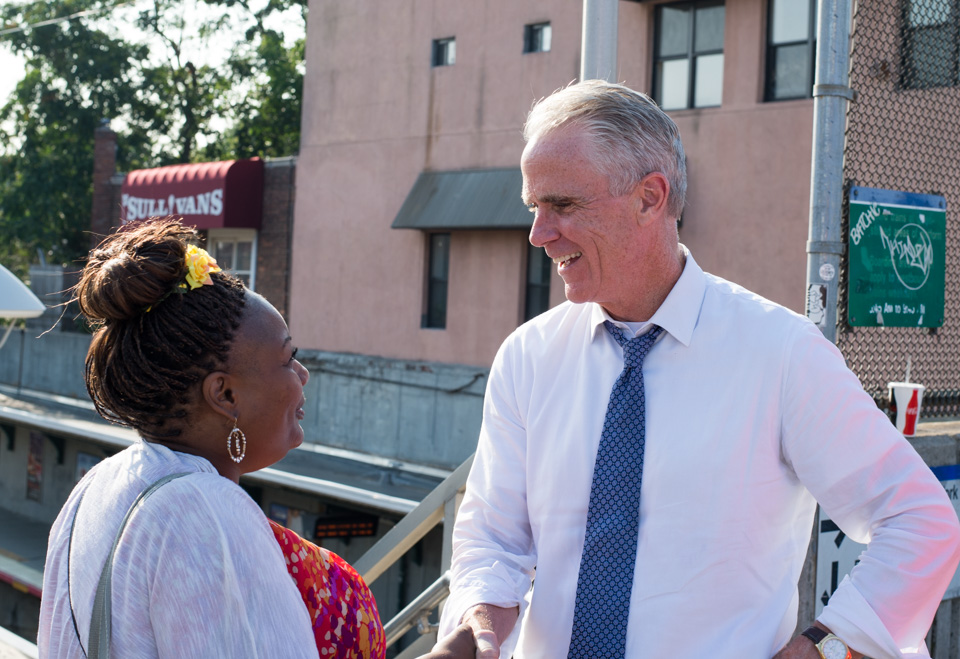