Thirteen years after 9/11, the Fire Department of New York continues to add names to its roster of the fallen from that terrible day. Many of us remember and will always remember that awful number of 343—the number of FDNY personnel who lost their lives on September 11, 2001. What we don’t know is the number who have died and who will die as a result of their service at Ground Zero in the weeks following the terrorist outrage.

If you saw Steve Buscemi’s documentary, A Good Job: Stories of the FDNY, on HBO the other day, you might recall the image of Larry Sullivan, a once-strapping firefighter who succumbed to cancer in 2012 at the age of 53. As he approached his final days, Sullivan spoke with Mr. Buscemi—a former FDNY member before becoming an actor and director—about his long, painful ordeal. The toxins he absorbed at the site left him frail and old before his time, but he left little doubt that he was proud to have done his duty.

When Sullivan died, his name was added to the FDNY’s wall of honor, reserved for those who make the ultimate sacrifice. There will be more names added to that list in the years to come. And there will be additional casualties from other first-responding agencies, including the several police forces that had personnel on the pile.

With that sad fact in mind, a bipartisan group of New York politicians, including Mayor de Blasio, Senators Kirsten Gillibrand and Charles Schumer, and Representatives Carolyn Maloney, Jerrold Nadler and Peter King has banded together to push for an extension of federal help to all first responders who have or will become ill as a result of their work at Ground Zero.

The current law, named in honor of James Zadroga, a police officer who died of respiratory disease after his service at Ground Zero, allows for compensation for victims, but the two main provisions of the bill are due to expire. A compensation fund is scheduled to close next year, and a medical treatment fund will cease payouts in 2016 unless Congress extends the law.

Critics are worried about the cost of compensating and caring for those who answered the call of duty in the weeks and months following the terrorist assault on New York. Yes, sadly, the cost may be high. But are we really in the business of putting a price tag on heroism?

Mr. King noted that this is one of those rare issues that straddles the partisan divide. “This is not a Republican issue. This is not a Democratic issue. This is an American issue,” he said. “We have an obligation as Americans to provide [victims] with the healthcare they need, the families the compensation they need.”

Ms. Maloney said the time is right to begin building momentum for an extension. And that’s because she and her colleagues anticipate obstacles over the next two years. Perhaps, in addition to lobbying her colleagues, she should send them a copy of Mr. Buscemi’s documentary. 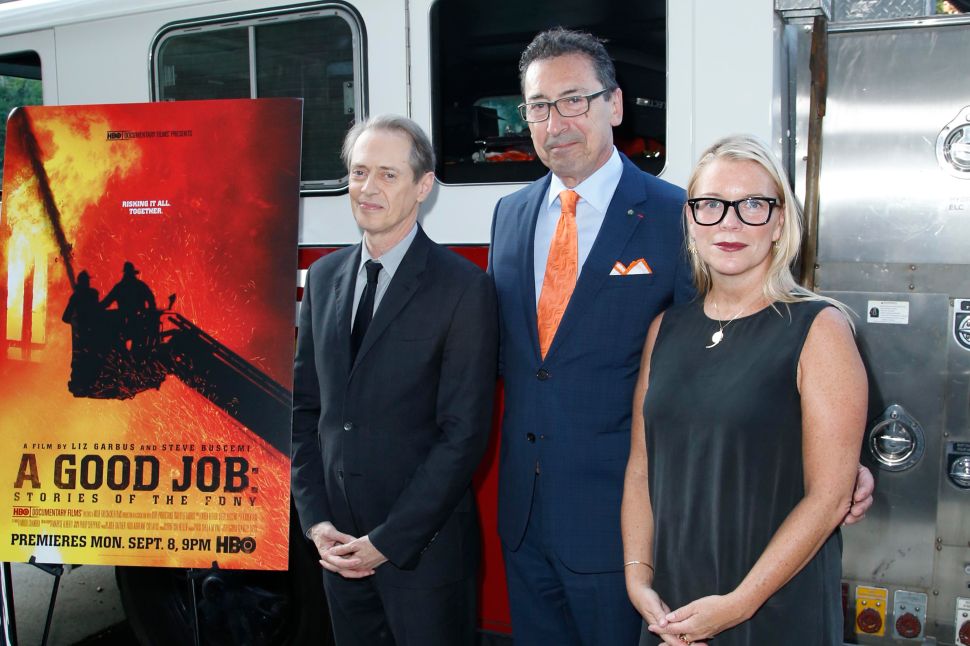