Locating the new Friends-themed Central Perk Pop-Up Shop for its opening day Wednesday wasn’t really an issue–the line was wrapped around the block and by mid-afternoon boasted a two-hour wait to get inside. According to PR representatives, a few people even camped out overnight.

The replica of the show’s iconic coffee shop, which can be found at the corner of Lafayette and Broome in soho, celebrates the 20th anniversary of the ’90s sitcom. In a collaboration between Warner Bros. and Eight O’Clock Coffee, it will remain open through October 18, offering free cups of Eight O’Clock Coffee’s signature Central Perk Roast.

Its month-long run presents a more than nostalgic Friends museum, complete with a photo-op on the symbolic orange couch (the real one!), a model of era-accurate clothing, glass cases of letters and pictures, walls full of photos of the cast. Also on the agenda are weekly Phoebe-inspired improv performances, merchandise for purchase, and various contests and giveaways–including a “coffee bean counting” competition.

According to Heather Donner, a Representative of Eight O’Clock Coffee, “the goal for the shop was really to create an authentic experience for the fan.”

Unsurprisingly, the pop-up shop is, and will continue to be, a Mecca for Friends superfans, but the vibe indoors—busy, of course—was still relatively mellow.

Denise and Camilla, sophomores at NYU, who quietly sipped their coffee in front of a screen looping Friends scenes, laughed modestly when I asked if they were fans of the show.

“Huge fans,” they clarified. Having waited “about an hour or an hour and a half” to get in, the pair “expected it to be crazier inside.”

Ms. Donner expressed how thrilled she was at the event’s turnout, relaying some visitors’ reactions. “He was like, ‘I came in and I shed a tear,’” she said. “People learn that the couch is authentic—from the set, the authentic one—and they’re like, ‘Are you kidding me? I sat there and Jennifer Aniston’s butt was on there too?’ The amazement in people… it’s so joyous.” 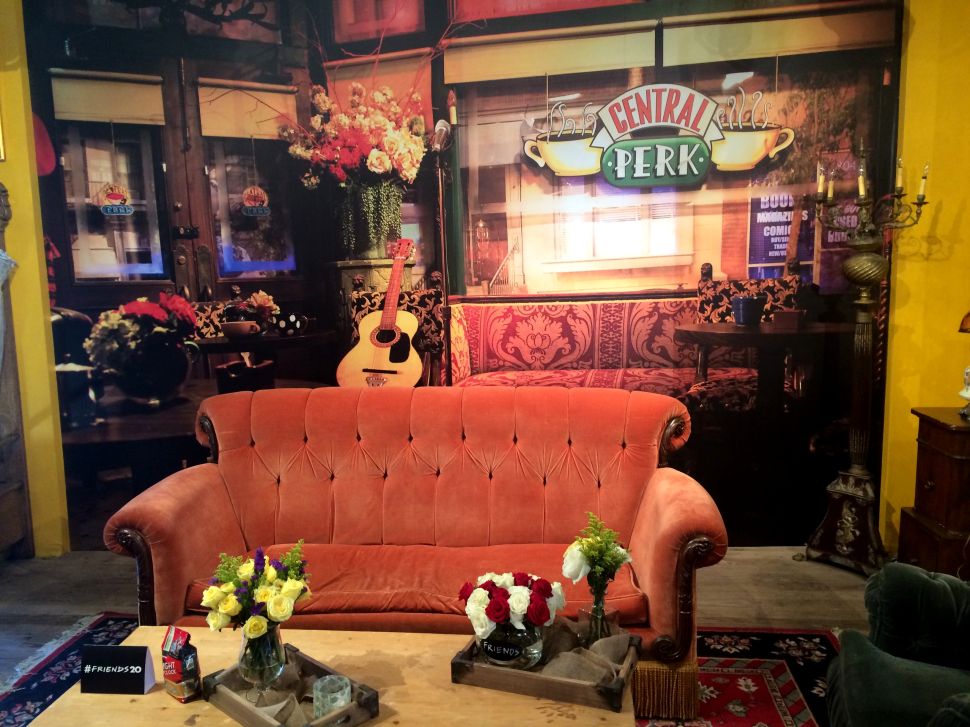