Charles Barron famously hosted Zimbabwe’s repressive President Robert Mugabe at City Hall as a freshman councilman in 2002–and said yesterday he would like to repeat the performance in his first term at the state capital.

In an exclusive interview with the Observer, Mr. Barron, who won a Democratic primary for an open Assembly seat last week and is very likely to crush his GOP rival, expressed hope that he could persuade the foreign official to visit Albany.

Mr. Barron singled out Mr. Mugabe’s seizure of farmland from whites and redistribution of the property among black Africans as particularly praiseworthy. Critics have argued that Mr. Mugabe uses this policy to reward his political allies.

“He was one of the few African leaders who had the courage to take the land back from the settlers,” said Mr. Barron, comparing him favorably to the late South African leader Nelson Mandela, who he argued allowed whites to retain too much property.

Mr. Mugabe, a former guerrilla fighter, was elected prime minister of a democratic government in Zimbabwe–which had previously been an apartheid state known as Rhodesia–in 1979. He seized control of the nation in 1983, after initiating an ethnic cleansing campaign against a minority tribe that led to between 10,000 and 20,000 deaths.

In 1987, he was declared president and instituted martial law. He also enacted draconian laws against homosexuals, whom he has described as “worse than dogs and pigs” and demanded be arrested on sight.

He has been repeatedly re-elected in referendums marred by the use of military force against rival political parties.

Mr. Barron said he disagreed with some of Mr. Mugabe’s more authoritarian policies, but added his admiration for the man remained untarnished.

“No one’s perfect,” Mr. Barron said. “I see him as a freedom fighter.”

Mr. Barron has long expressed admiration for other Third World military dictators, such as late Libyan leader Muammar el-Quaddafi and former Cuban President Fidel Castro, even as he condemned the United States for supporting the fallen regimes of the Duvalier family in Haiti and General Augusto Pinochet in Chile. All of those rulers drew international condemnation for using violence, intimidation, torture, imprisonment and extrajudicial executions to suppress political dissidence.

“All my heroes were America’s enemies,” Mr. Barron said.

Mr. Barron was term-limited out of the City Council last year, but voters in his home neighborhood of East New York elected him last week to succeed his wife, Inez Barron, in the state legislature. Ms. Barron had stepped down from the Assembly to take her husband’s Council seat. 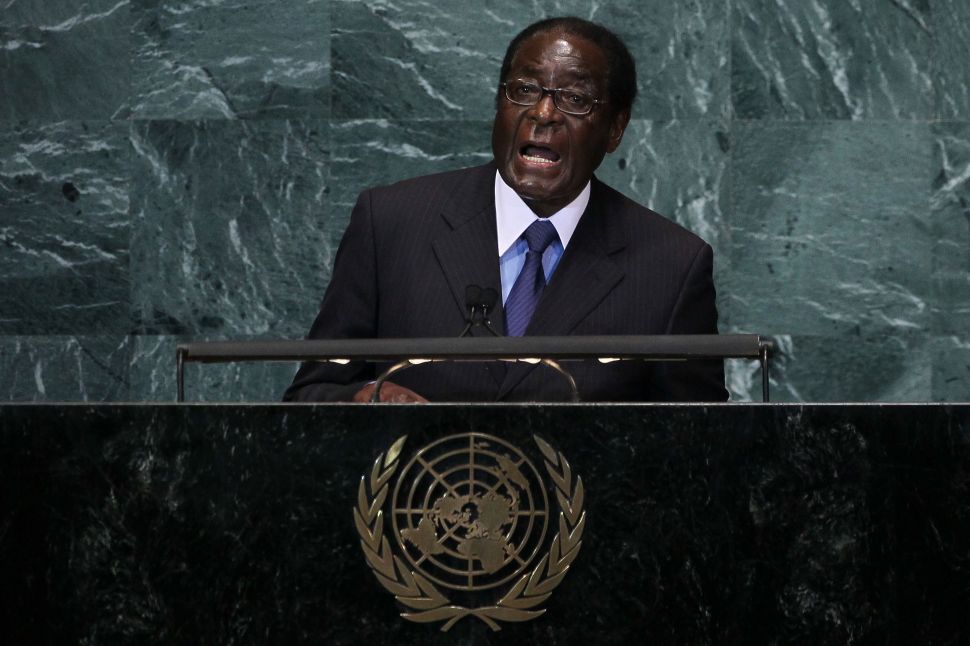