The world is covered in unused cars — absolutely blanketed with them. All day, our cars sit useless in driveways and parking garages, sitting idle for far longer than we’re actually driving them. But what if when we got out of our car, it automatically drove off to give someone else a lift, and then kept doing so, day in, day out?

A pair of researchers from the University of Texas have published a report outlining the possible impacts of Shared Automated Vehicles (SAVs). For the study, the team simulated a hypothetical cab service of self-driven cars like the kind Google has already developed. They found that in a dense enough urban area — this example used Austin, Texas — the system would replace about nine out of ten vehicles while “maintaining a reasonable level of service,” as measured by the time people spent waiting for a ride. The test was run entirely on paper, modeled mathematically using Austin’s existing daily traffic data.

The hypothetical service would function like Uber, only without drivers who need to sleep, take breaks, be paid, and other feeble human shortcomings. The city-wide program would know enough to know who could carpooling with who, and estimate departure and arrival times, so the cars would minimize the amount of time spent uselessly idling. Ideally, this kind of service would supplant the need for many people to actually own a car.

The study’s model has a certain utopian bias. It imagines a world where people are ready to leave the house and hop in the car the moment their ride arrives, where algorithmic glitches and network errors never lead to city-stopping traffic jams, and where competing services aren’t attempting to constantly sabotage each other.

The SAV model in the study was also limited to a small metropolitan area — the system is no doubt much more complicated when you factor in long-distance trips, morning commutes and rush hour demands. Besides, anyone who thinks that car ownership is on the path to extinction hasn’t considered that people might want to have a car of their choice, ready to go on a remote vacation or an aimless, late-night drive.

But it’s not such a stretch to imagine a world where public transportation comes right to your door, considering that self-driving cars are on a slow crawl toward mainstream adoption, and that Uber executives have already expressed interest in exactly this kind of service. 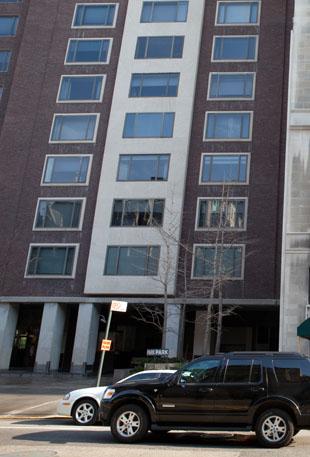