The Islamic State in Iraq and Syria could unleash “many other 9/11’s” if they’re not stopped soon, Congressman Eliot Engel warned on Wednesday night.

Mr. Engel, a Bronx Democrat and ranking member of the foreign affairs committee, asserted in a NY1 interview that ISIS is more of a threat to America than the terrorist organization Al Qaeda was before the September 11 attacks, though he admitted arming Syrian rebels to battle ISIS, a radical Islamist organization, may also be a dangerous move.

“ISIS is a very dangerous terrorist organization. To me, they’re more dangerous than Al Qaeda ever was,” Mr. Engel said. “They are now in Syria and they are in Iraq and if we don’t disrupt them, they will use it also as a safe haven to plot a terrorist attack and many others 9/11’s on the United States, on our allies in Europe, on our Arab allies.”

“So this is not something I do believe we have the luxury of ignoring, ‘Oh well, we don’t want to get involved again,'” Mr. Engel added.

Mr. Engel and his House colleagues voted overwhelmingly this week to approve an aid package for Syrian rebels to combat ISIS–who have seized huge swaths of territory in Iraq and Syria–though many Democrats maintained that they would not vote for American combat troops to be deployed on the ground again. Mr. Engel insisted that the latest conflict with ISIS is not like the Iraq War and the United States should not make the same “tragic mistake” of a ground invasion.

But liberal Democrats and war-weary Republicans are deeply skeptical of President Barack Obama’s strategy and warn that America could be getting roped into another Middle Eastern war. While Mr. Engel voted for the aid package, many of his New York City House colleagues–as host Errol Louis noted–did not.

On Monday, the Homeland Security secretary said there was “no credible information” that ISIS is plotting an attack on America. 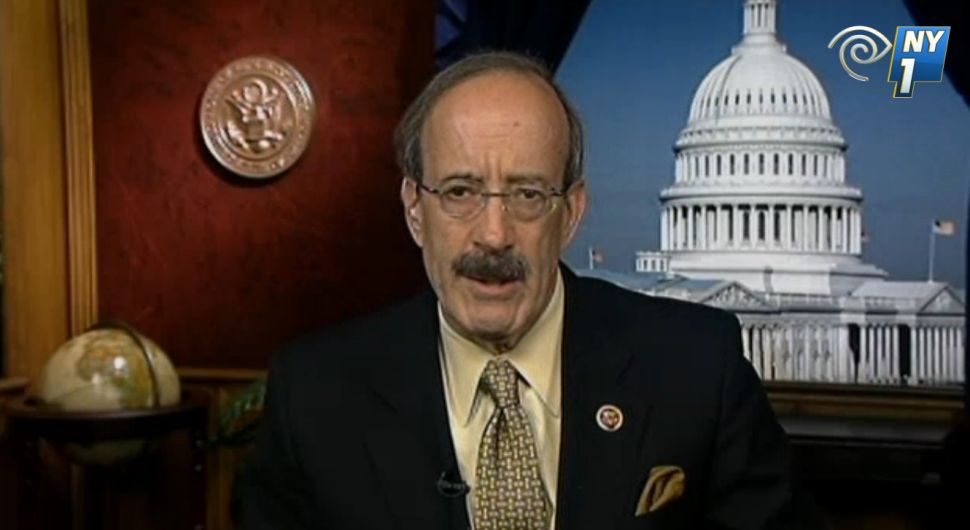