Speaking on the Capitol Pressroom radio program, Mr. Cuomo echoed earlier comments and ascribed the 34 percent of the vote Fordham University professor Zephyr Teachout’s shoestring campaign pulled to the two unions–which have clashed with him over hiring, firing and salaries–and to fracking opponents furious that he has not declared an indefinite moratorium on the practice, which many fear could taint the supply. The PEF and leading fracking opponents endorsed Ms. Teachout, while the NYSUT blocked the AFL-CIO from backing the governor.

The governor also called fracking–which involves pumping a pressurized mixture of and solvents into shale bedrock in order to liberate underground gas deposits–the “strongest issue out there now.” Mr. Cuomo issued a moratorium on the practice early in his term, but has repeatedly said he would not make a final decision until the state Department of Health releases the results of a study it has conducted on its effects–a vow he reiterated today.

“Anytime I go someplace, there’s 200 fracking protesters there,” he said, adding that low turnout also played a part. “You have a primary where only 11 people vote in the first place, and you end up 60-40.”

Mr. Cuomo said he had no intentions, however, of ceding ground in his battles with the NYSUT and the PEF.

“I’m not giving up on teachers evaluations, with the public employees union, I can’t give them the raises they want,” Mr. Cuomo said.

The governor also addressed a Siena College poll released today that showed him leading Republican challenger Rob Astorino by 29 points, even as his job approval rating hit its lowest point ever as governor–55 percent. Mr. Cuomo blamed both the politicization of the campaign season and national and international malaise for his sinking support.

“These are not good times. You look at the country, the economy’s still not doing well, a lot of people are afraid,” he said. “The executive becomes a barometer of the times.”

PEF called for the governor to reconsider his stances given the surprising strength Ms. Teachout and her running mate, Tim Wu, showed.

“The Teachout/Wu campaign believed in what we, as a union, bring to the State of New York and highlighted the need for respect for public services, while speaking out against the negative impact of privatization and diminishment of vital state services,” spokesman Scott Morlock told the Observer. “Given the impact of the Teachout/Wu campaign, Governor Cuomo should understand a little better, the feeling of an uncertain future as so many PEF members have felt during his tenure. We hope this learning moment for the Governor will result in a true partnership with us, his professional workforce, and a more humanistic approach to the services we provide to the citizens of New York State.

Updated to include the statement from PEF, and NY declination. 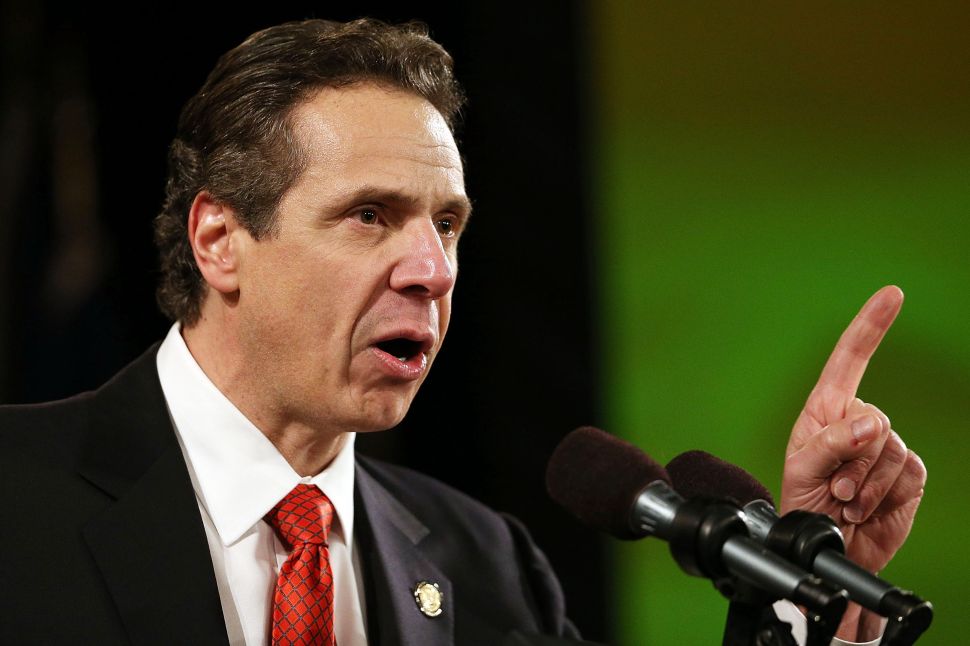