The New York City subway system was safe enough for Gov. Andrew Cuomo to take his first ride in a long time today — despite the Iraqi Prime Minister saying this morning terrorists were planning an “imminent” attack on the system.

“There are no specific credible threats at this time. We’ve heard the same information other people have heard, and again, our security systems are second to none, and everybody is doing exactly what they need to do,” Mr. Cuomo said outside the E train World Trade Center subway stop, alongside MTA Chairman Tom Prendergast.

The two then boarded the train with a small handful of reporters and rode to Pennsylvania Station, where they were joined by many more reporters and cameras on a crowded train platform. On the train ride, Mr. Cuomo noted he hasn’t taken the subway since he worked as attorney general, aside from some quick ceremonial appearances on trains at press events.

The governor, who has now held four terrorism related press conferences in two weeks, said there was no need for the city’s straphangers to fear the subways — but did call for vigilance.

Mr.Cuomo’s assertion — followed by a similar one from Mayor Bill deBlasio — that there was no immediate threat seemed to contradict the Iraqi Prime Minister Haider al-Abadi’s warning at the United Nations that the Islamic State in Iraq and Syria, or ISIS, was planning to hit public transit systems in New York and Paris.

“I’m sure the Iraqi prime minister was saying what he heard, that there is a threat vis-a-vis New York, vis-a-vis European countries, cities in Europe. I am sure there are people who are threatening New York and other cities, I’m sure of that. Our agencies do not have any information of what we call a specific, credible threat,” Mr. Cuomo said. “But is there generic threat? Yes, and that’s common sense New York. You look at the Daily News, you look at any newspaper, you watch the TV news, you see us bombing the terrorist network, we assume they’re going to try to retaliate — and if you’re gong to retaliate, where are you going to want to retaliate? New York is at the top of the list.”

The latest threat, and Mr. Cuomo’s response, comes after he convened meetings with New Jersey Gov. Chris Christie to strengthen terrorism preparedness between the two states amid the rise of ISIS. Despite holding repeated events about terrorism — and then saying today there was no immediate threat — Mr. Cuomo said he didn’t believe the city was crying wolf. The opposite was ture, he said — he was ensuring the city was prepared.

He said his press conferences sent the message to New Yorkers that the state was prepared for a threat — and sent a message to terrorists, too.

“If there are any groups that think New York might be a target, think again, because New York is more prepared than ever before,” he said. 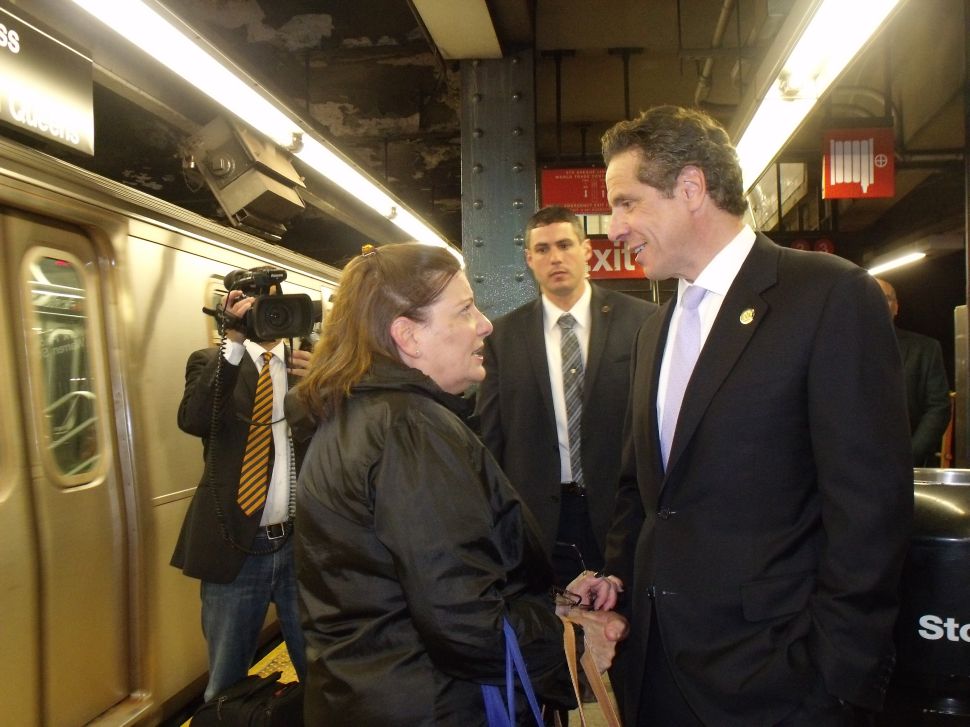