In 2013, Sotheby’s auction house facilitated visas for several hundred Chinese visitors to the U.S., according to Henry Howard-Sneyd, vice chairman of the auction house and head of Asian Art. The success of that tourism effort will be judged in part by the results of this week’s auctions, a four-day blitz commonly dubbed “Asia Week.”

Five New York auction houses are putting material valued at over $100 million – think Song dynasty ceramics, T’ang horses, Chinese contemporary art, ancient scrolls, golden Buddhas — on the block in sales from today through this weekend. “More Asians than ever will participate in the sales,” Howard-Sneyd predicted to the Observer.

And based on the first day of auctions, he may be right. Nearly 300 Chinese ceramics and works of art changed hands at Sotheby’s today, with one T’ang Dynasty horse bringing five times its estimate at $35,000 and a Song Dynasty sky-blue bowl selling for $20,000, also way above its expected price. So far, the auctions are running at a respectable-but-not-blockbuster 75% sold — but the most highly desired objects are soaring above their price estimates.

A so-called ‘Dragon’ vase made of Celedon soared to 10 times its expected price, bringing $2.3 million.

Why the heated courtship now of Asia, and of Chinese collectors especially, by the art business? Consider this: Beyond its fairly vigorous economy, and accelerating purchases of luxury goods, the Chinese Culture Ministry reports that, for every 250,000 inhabitants of the nation, a new museum will be established by 2020. That’s more than 6,000 such institutions and China already has over 500 private museums.

Targeting that potential demand, Sotheby’s is holding its largest ever sale of Chinese paintings this week. Not to be outdone, on Sept. 17, Christie’s will offer a 1962 artwork by perhaps the most famous Indian painter, F.N. Souza. Dubbed The Butcher, it could sell in excess of $1.5 million. Other offerings at Rockefeller Center this week include a pair of huanghuali (a gorgeous hardwood) cabinets, from the early 18th-century tagged at $500,000-$800,000.  Fine massive Ming chests and tables are a bit of rarity because, back in Mao’s time, they were routinely chopped up for kindling. Also at Christie’s, an 18th-century yellow jade vase, a mere seven-and-a-quarter inches high, is pegged at $500,000. The color is extremely rare. “There’s the wild card factor,” said specialist Michael Bass.  “It just could make close to a $1 million,” he said. Gilt sculptures of Buddhas and other benevolent figures are in demand, he added. Beyond the spiritual appeal, “They’re flashy, gold and beautiful.”

Seeking enlightenment (or, at least the kind you can buy)? At Sotheby’s later this week , a large 18th-century gilt lacquered wood Buddha — seated in the classic lotus position — is likely to score in excess of $300,000. 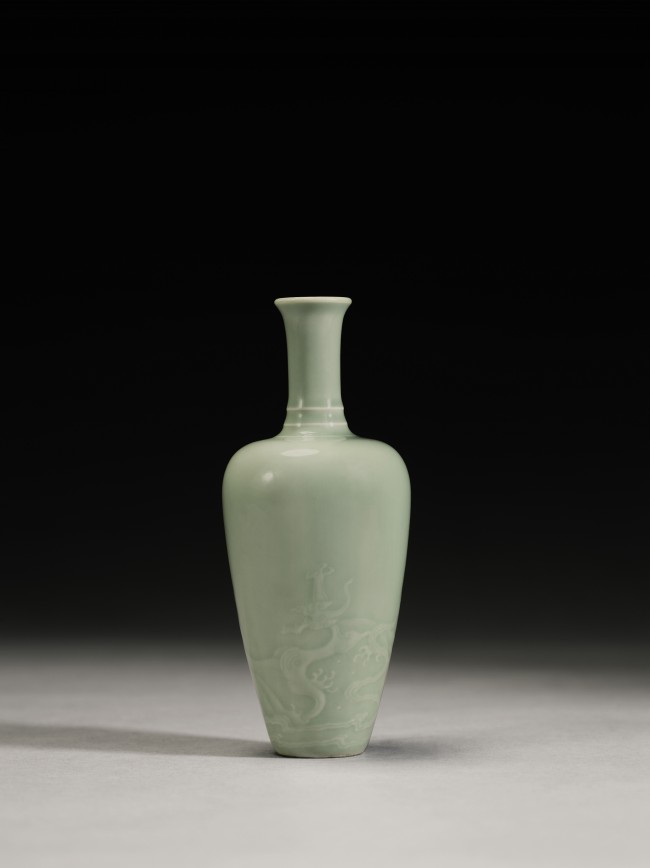