On Tuesday, Mayor Bill de Blasio renewed his promise to overturn the cellphone ban in the city’s public schools. Mayor Michael Bloomberg instituted the ban in 2007.

The mayor called the ban a “safety issue” during his campaign, but before today he had not discussed it during his nine months on the job.

Mr. de Blasio finally broke his silence, however, admitting that his own son Dante brings his phone with him to Brooklyn Technical High School every day, with his father’s permission.

“I think it is, for parents, very, very important to know how to reach their kids,” Mr. de Blasio told the Daily News.

The current law states that students caught with phones can have them confiscated and have to serve detention to get them back. However, most teachers don’t enforce the rule unless students are openly displaying or using their phones in class.

The ban is only enforced today at schools with high crime rates, where students have to go through metal detectors to get to class. Pupils at these schools routinely pay bodega owners to hold their phones during the school day.

Mr. de Blasio hopes to curb this uneven enforcement and create a plan that will make everyone happy.

“It was, to some extent, ‘Don’t ask, don’t tell,’ and to some extent, every school coming up with its own policy,” Mr. de Blasio said. “To unwind that and come up with something consistent has taken some work.”

While the metaphor is unfortunate, the sentiment rings true. Godspeed, Mr. Mayor. 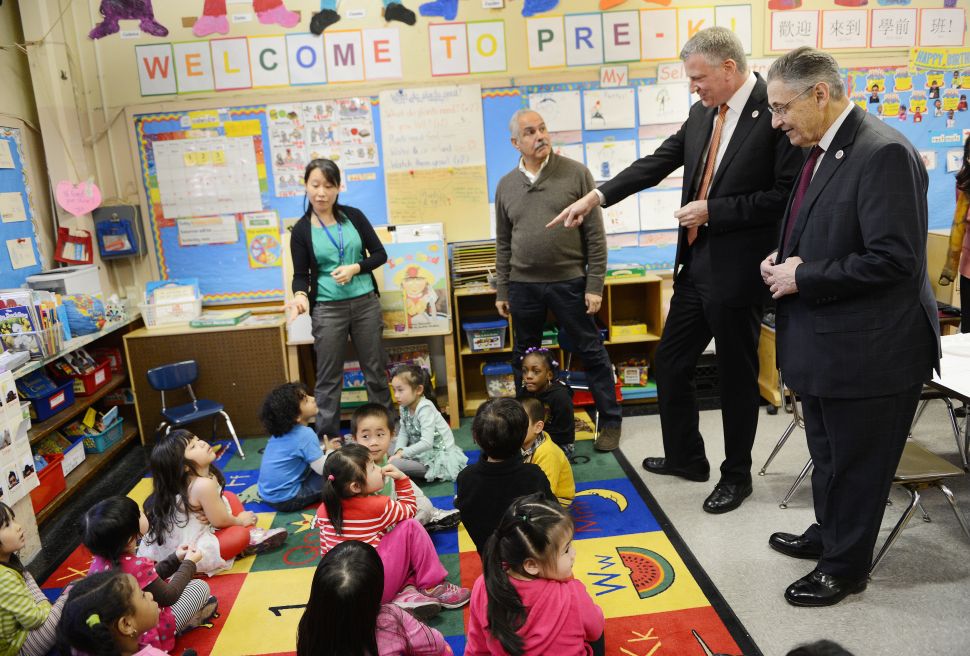