Mr. de Blasio and Mr. Klein rolled out the the new plan for 120 more of the automatic ticket-issuing devices near public schools at a press conference outside P.S. 95 in the senator’s home borough of the Bronx. The city has already installed 23 of the cameras at learning institutions citywide since January, and the new plan–to be implemented over the next several weeks–will bring that number to 143.

Mr. Klein expressed regret that such a program was even necessary, and that drivers continue to exceed the speed limit on streets close to where children learn

Bronx Borough President Ruben Diaz Jr. was also on the scene at the school, which sits at an intersection that the city has designated a “high-crash corridor.” Mr. Diaz acknowledged that some motorists would view the new cameras as merely a means of generating revenue through tickets–an opinion he trashed, arguing that the real concern should not be fines but student safety.

“Don’t be that individual. A speed ticket is the least of your worries,” Mr. Diaz said.

The Department of Transportation noted, however, that the existing 23 cameras have already generated $9 million in fees–and are projected to rake in more than twice that before the end of the year.

A source at the DOT told the Observer that the city only installed six of the cameras in January, and only had the 23 up and running by June–so only a fraction of their income-generating potential had so far been realized.

DOT Commissioner Polly Trottenberg said that some of the cameras will rotate among the city’s 1,500 public schools, targeting those areas with the highest number of crashes. 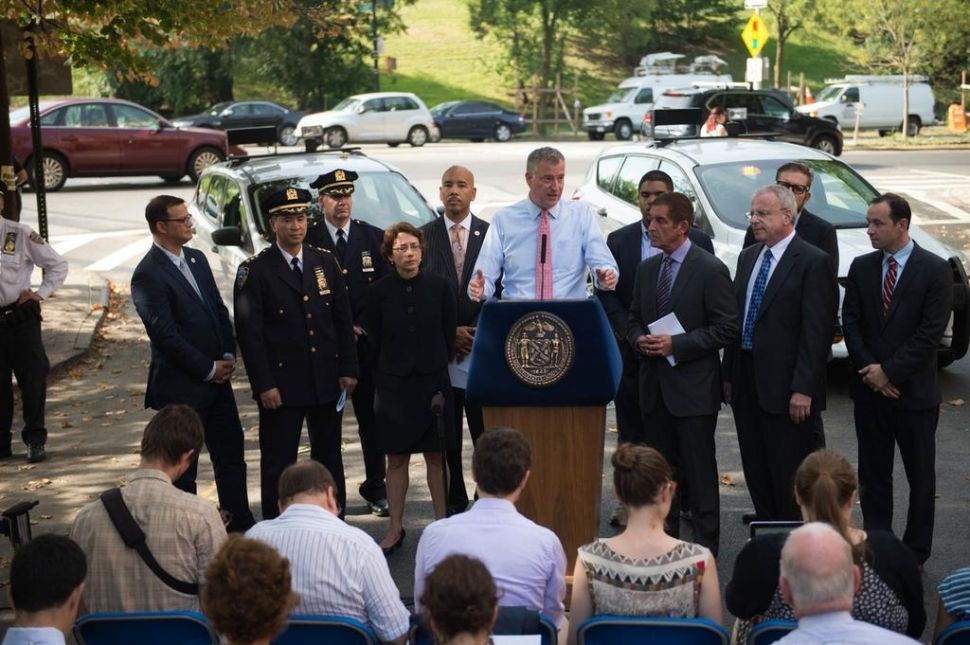