“I think the president is right to authorize the air strikes. I think the president is equally right to say we’re not going to have combat troops on the ground,” Mr. de Blasio told reporters outside the U.N. “I really want to remind all of those who are trying to rush to a bigger war of how destructive that would be to the interest of the United States.”

The president announced his intentions to launch air strikes against the Islamic State in Iraq and Syria earlier this month, and the U.S. and a coalition of other nations began striking targets inside Syria last night. Mr. de Blasio said the president had “calibrated this properly.”

“It’s very, very important that we draw the line at air strikes and not sending in combat troops,” Mr. de Blasio said.

Calling himself a “child of the very end of the Vietnam era,” Mr. de Blasio mentioned the War Powers Act, passed in 1973 to check the president’s power to wage war, as an important barrier to falling into prolonged ground conflicts, and praised the president for seeking Congressional approval for training Syrian troops.

“You can’t look at that history, and then the very painful history of our involvement in Iraq, and not recognize that we have a pattern that repeats and repeats, and is a very dangerous pattern,” Mr. de Blasio said. “We have to focus on the facts — that is, involvement on the ground in other countries comes with tremendous negative connotations. History is very clear on this.”

But while Congress did vote to train Syrian fighters, they have not taken a vote to authorize the air strikes. Mr. Obama launched the strikes based on authorization to fight terrorism after September 11, 2001. The mayor said a new authorization would be appropriate if the conflict continues.

“I think it’s good that Congress has weighed in on the funding for the anti-government forces in Syria, that’s the right direction to go. I think the air strikes are an issue that’s a title different, because this started in Iraq, where we obviously have an ongoing role,” Mr. de Blasio said. “But I would say as we move forward, if this becomes a more prolonged conflict, yes, he should seek congressional approval.”

As for what the ongoing conflicts overseas mean for New Yorkers, the mayor said they should not expect to see anything different — saying the NYPD is in a constant state of readiness.

“I’ve said this already, I can’t imagine a day when I’m mayor of this city that we’re not going to be facing this threat as the number-one target,” Mr. de Blasio said. “And it’s just something we have learned to prepare for and will even get better at.” 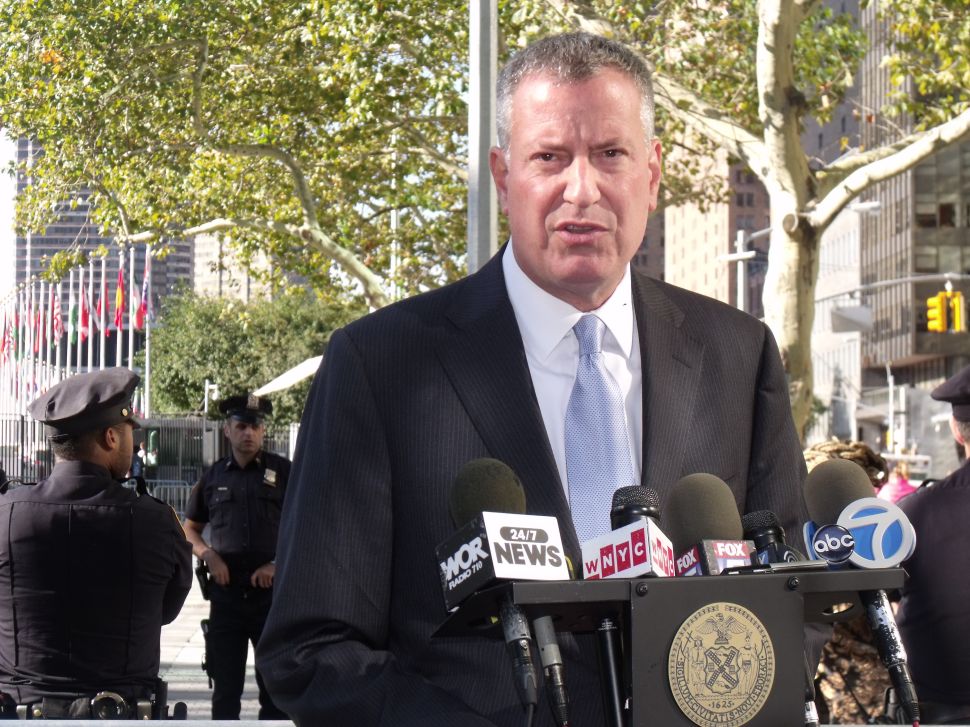