In The Huffington Post, Chicago Law Professor Geoffrey Stone agonizes over “The Rift in the ACLU Over Free Speech.” That title caught my eye. It is difficult to imagine how the American Civil Liberties Union—of all organizations—could possibly be divided over the meaning of “Congress shall make no law . . . abridging the freedom of speech . . . .” The language is unequivocal.

Perplexed, I read on only to learn in horror that the article is really a pitch for greater campaign finance regulation. Professor Stone begins by assuming a fact not in evidence—that there is “an ongoing debate” over a constitutional amendment “to authorize the government to enact laws regulating campaign expenditures and contributions. . . .” He soon acknowledges that there is no “rift” within the ACLU over such a ridiculous suggested amendment, but rather that the ACLU is divided over the constitutionality of regulations governing campaign financing. His conclusion is shocking. He accuses the current leadership of the ACLU of “blind adherence to an empty conception of ‘the freedom of speech.’”

It never occurred to me that a law professor would deem the concept of freedom of speech to be “empty.” That would only be true if we stood by in silence while legislators or former ACLU leadership like Professor Stone emptied it.

In a country with a founding principle that Congress “shall make no law” abridging the freedom of speech, why are there any laws at all limiting campaign finance or spending? As David Bratt just proved in Virginia, “dollars don’t vote.” Almost a dozen states impose few or no limits on donations to local races, and somehow democracy has survived there. Really, shouldn’t everyone be able to support any candidate directly and to the full extent he wants to do so—in the full light of day?

If the First Amendment means what its words say, there should be no limits on campaign contributions or expenditures by anyone. What we should instead mandate is transparency. Every candidate should be required to disclose by name the source of contributions in excess of a certain minimal dollar amount—so that everyone can identify any possible source of influence or conflict of interest. But there is no legal justification for more regulations. There are too many of those already—they’re a minefield—and they are nothing more than a tool for more prosecutorial abuses for political ends. It takes an army of lawyers to attempt to keep up.

We have already documented egregious abuses of our laws by overly aggressive prosecutors who are empowered to invent crimes, hide evidence of innocence, and get by with it all. We have exposed our Attorney General’s protection of corrupt prosecutors. And we have revealed the ever-increasing abuses of the laws by the IRS and other arms of the president to target political opposition and even indict governors who are contenders for the presidency. Others have uncovered the government’s massive efforts to spy on all its citizens, intimidate and shut down reporters, and assault the freedom of the press. The last thing Americans need are more regulations—which effectively are traps sprung at the discretion of the party in power to indict or control freedom speech in support of opposition policies and candidates.

Before McCain-Feingold was passed, politicians who lined their own pockets with their campaign funds and used their political positions to extort money from others were prosecuted—appropriately so. For example, West Virginia Gov. Arch Moore, Jr. “was sentenced by a federal district judge . . . to 5 years and 10 months in prison and a $170,000 fine for a variety of corrupt acts both in and out of office. . .” including extorting $573,000 and filing false tax returns. Missouri Attorney General William L. Webster was sentenced to two years in prison for conspiring to reward lawyers who gave money to his campaign by giving them larger court settlements. These prosecutions made sense.

Since the passage of McCain-Feingold, the bipartisan campaign reform legislation “prohibiting large contributions to the political parties,” we have seen a succession of prosecutions for which the only rational explanation was a quest not for justice, but for political retribution. Even when the specific cases did not concern putative violations of that unconstitutional law, the prosecutors who pushed them were empowered by a culture of control and punishment aimed at exercises of free political speech. Two of the most egregious examples in recent years involve—one the work of a Republican administration targeting Democrats, and the other of a Democratic administration targeting a Republican—and add on yesterday’s sentencing of Dinesh D’Souza for “donation laundering” of $20,000.

In 2007, attorney Geoffrey Fieger — attorney to controversial death enabler Dr. Kevorkian and brother to “My Sharona” singer/composer Doug Fieger — was investigated by the Bush Justice Department for illegally channeling contributions to the John Edwards campaign. The prosecution was widely described as “selective” and vindictive—punishment for Mr. Fieger’s active support for Democrats. His “crime”? Raising $127,000 for the Edwards campaign “through conduit contributions—contributions gathered by pressuring underlings and family members to ‘max out’ to Edwards—make the maximum $2,000 contribution—and then promising that the law firm would reimburse them.” In other words, Mr. Fieger helped a law firm do what it should have had every constitutional right to do—give money to a candidate whose policies it favored.

Mr. D’Souza’s prosecution by the current administration is similar. He was targeted in an FBI sting, then prosecuted for campaign finance violations by broadcasting $20,000 of his money through other people to his US Senate candidate of choice. Countless Democrats engaged in the same conduct in the election of Obama and others.

More recently, Wisconsin Governor Scott Walker has been under investigation for what should be innocent conduct—coordinating fundraising with various non-profit groups—the kind that McCain-Feingold made necessary for citizens who wished to influence policy. Just imagine—a public official allowing a staff member to discuss and coordinate strategy with members of groups who supported his policies. Citizens should be shocked, just shocked, to learn that politics and political positions are coordinated in a democracy.

In recent 5-4 decisions, the Supreme Court has made some inroads, but not enough. As reported in the Huffington Post, in McCutcheon v. FEC, this year the majority of the Court said “that Americans have a right to give the legal maximum to candidates for Congress and president, as well as to parties and PACs, without worrying that they will violate the law when they bump up against a limit on all contributions . . . . But their decision does not undermine limits on individual contributions to candidates for president or Congress, now $2,600 an election.” The Court only struck down the aggregate limitation—a distinction that has no rational difference under the First Amendment.

As Justice Thomas pointed out in his concurrence, there should be no limits because of the First Amendment.

Wouldn’t we rather know exactly who gave how much to whom than have all the “Super PACs” and other organizations that influence political decisions in the dark? Shouldn’t our laws be constitutional, clear, make sense, and be easy to follow?

Our entire legal system has experienced an exploding over-criminalization of conduct that has led to questionable prosecutions and has put honest, hard-working, well-intentioned, and law-abiding citizens on the precipice of criminal violations—with no fair warning that their conduct is illegal. More ridiculous regulations only beget the need for more ridiculous regulations. We truly are in the age where it’s possible to commit (in Harvey Silvergate’s words) “three felonies a day.”

Meanwhile, our Congress, prosecutors and courts are defying the plain language of the First Amendment to our Constitution—chiseling away at the bedrock of a free society. The First Amendment will indeed be “empty” if we continue on this path. These campaign finance laws, which cause problems and solve none, have become tools for selective enforcement by the party in power against its opposition and plainly restrict speech.

The campaign finance reform we need is to abolish the laws restricting contributions and spending along with all campaign financing technicalities. We should require simply that candidates correctly inform us of exactly who gave what to them and when.

The chimes of freedom flashing . . . 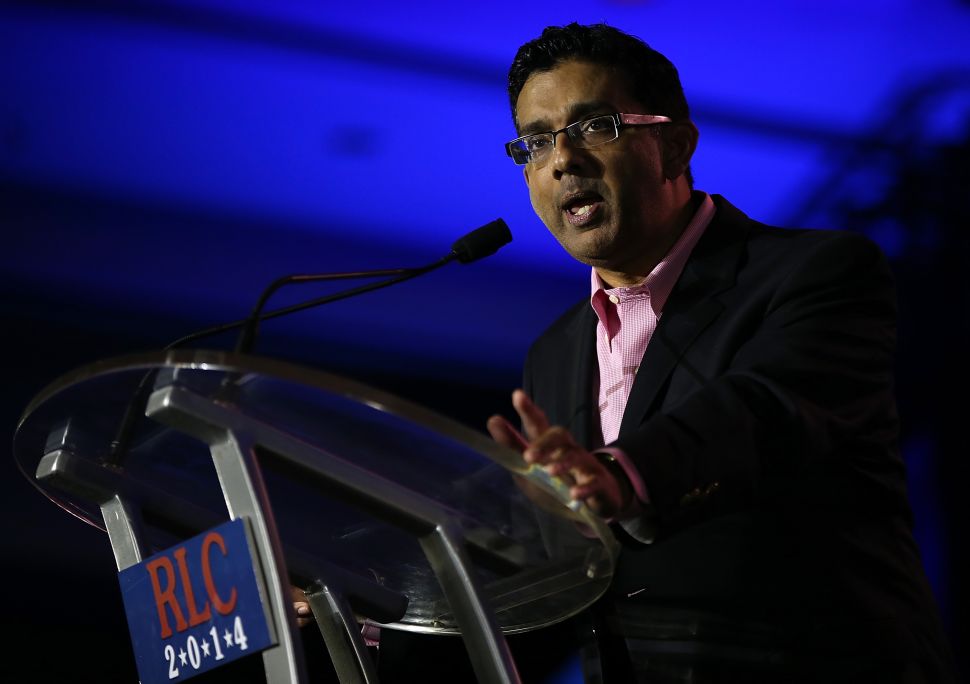