Lord knows I have had my problems with Moffatt as Who showrunner (deep continuity issues, a disregard of history, multiple storylines that seem to suggest that heterosexual marriage is the point of all existence), but taken purely as a writer he is often breathtaking. Especially when given the space to create little self-contained chamber pieces, he finds unexpected beauty and terrifying truth in the darkest places of our minds.

It’s what was able to achieve in “Blink,” his masterpiece and perhaps the best-loved episode of the new series. And here in “Listen,” he does it once again, creating a tour de force out of the simplest horror trope of all: the monster under the bed.

The Doctor has a theory. Clara has a date. And they both go kind of sideways. Well, really sideways.

Clara finally goes out to dinner with her attractive teaching colleague Danny Pink, and they very quickly start to push each others’ buttons in exactly the wrong way. She assumes things about him because he’s been in the military, he assumes things about her because she hasn’t, they try and fail to make jokes about it, and she storms off in a huff, regretting it as soon as she gets back home.

The Doctor meanwhile, has been traveling alone, and his lonesome mind has hit upon a strange hypothesis: What if there is a creature in the universe that has evolved to be perfect at hiding itself from view? How would we ever even know it existed? Maybe one of these creatures is always with us—when we think we’re alone, we never truly are. And perhaps this is why we talk to ourselves when we’re alone, the Doctor pontificates aloud to himself, alone in the Tardis.

Clara comes home from her failed date to find the Tardis in her bedroom (“You said you had a date. I thought I’d better hide in the bedroom in case you brought him home.”), with the Doctor waiting to propose his theory. “What if every single living being has a companion, a silent passenger, a shadow? What if the prickle on the back of your neck is the breath of something close behind you?”

The Doctor suggests that everyone has at some point in their lives experienced one shared nightmare: You wake up in the night feeling like something is in the room with you. You turn on the light, tell yourself there is nothing there—but then something grabs your ankle. Well, what if this dream is universal because there really is something under the bed?

So, let’s go and try to find it! If they can pinpoint the moment that Clara first had a dream like this, maybe they can go there and ferret out the creature. (Note the juxtaposition of quixotic quests between last week’s very different episode and this: a failed attempt to prove that Robin Hood is just a myth vs. a failed attempt to prove that the monster under the bed is actually real.) So they link her up to the Tardis’s telepathic circuits—and then her phone rings, an image of Danny Pink flashes through her mind, and they end up visiting Danny’s childhood rather than hers.

He’s a young boy named Rupert (but determined to change it when he grows up) in a children’s home, awake and frightened in the night. Clara tries to show him there is nothing under his bed, but there is, in fact, something in the room, hiding under a bedspread. The Doctor gives little Rupert Pink a pep talk about how his being scared makes him strong. Fear is his super-power. All three of them turn their backs on the monster, and promise they will not look at it—give it what it wants, to remain hidden. (But wasn’t the whole point of coming here to get a look at the thing? And if all these creatures want is to remain hidden, why would one of them pop up under a bedspread instead of using its fancy camouflage powers?)

They leave little Rupert with a guard battalion of toy soldiers, led by “Dan the Soldier Man,” a broken toy whose gun is missing. (“A soldier so brave he doesn’t need a gun.” Remind you of anyone?) And Clara realizes that they may have inadvertently inspired both Danny’s new name and his eventual enlistment.

The Doctor drops her outside the restaurant just after she left, and she goes back in and apologizes and tries to have a good date. But she accidentally reveals that she knows his real name is Rupert, and now it is his turn to storm off. Which is probably good, considering that a man in a spacesuit just entered the restaurant from the rear and is beckoning for Clara to follow him.

The spacesuited man is Colonel Orson Pink, clearly a direct descendant of Danny’s. Still hooked into Clara’s timeline, the Tardis brought the Doctor to Orson, who, it is strongly implied, is also her descendant, especially when he hands her his “family heirloom,” the toy soldier named Dan. Orson, it turns out, was the first human successfully sent through time, 100 years in Clara’s future. Only they calibrated their time machine wrong and it sent him to the literal end of the universe, the last planet, after every living thing in existence has already died. (“Listen…the silence at the end of time,” the Doctor says, invoking one possibility for what the hidden monsters may actually be.) And yet he believes that something is there with him, something just outside the airlock, trying to get in.

So before they return Orson to his own time, they trick him into thinking the Tardis needs to recharge, so they can spend the night and see if there are really hidden monsters left after everything else has died. (But again, they wouldn’t have needed to use trickery if they just looked at the thing in Rupert’s bedroom, rather than turning their backs on it…) And something does try to get in. Or maybe not. Maybe there’s nothing out there. Perhaps the sounds we hear are just air rushing into the airlock, and Orson has just gone a little crazy from being alone for six months.

The Doctor gets knocked out, and Clara, having been ordered (!) back into the Tardis, doesn’t see. So we never get to know, just as we never really know whether the thing in Rupert’s bedroom was just another kid playing a trick. But we do learn one totally unexpected thing:

Trying to get them out of there, Clara reengages the telepathic circuit and flies the Tardis away. They land in a barn, where another scared child is crying on a bed. Clara thinks it is Rupert again, or a young Orson, but it turns out, shockingly, to be the Doctor as a child. And Clara, hiding, reaches out and grabs the young Doctor’s ankle—she becomes the monster under his bed, and the source of his “universal” dream, and of the fears that are actually driving this particular quest.

And so once again she does her job as the Impossible Girl, intervening in the Doctor’s timeline to set him on the right course. She comforts the scared young boy with his own words: “Fear is a superpower. Fear can make you faster, and cleverer, and stronger.” And then she adds her own twist: “And one day, you’re going to come back to this barn, and on that day, you’re going to be very afraid indeed. But that’s OK. Because if you’re very wise, and very strong, fear doesn’t have to make you cruel or cowardly. Fear can make you kind.”

Later, after they return Orson to his own time, she goes to Danny’s house and they apologize and kiss. Overlaid with the final words of her speech to the child Doctor: “You’re always going to be afraid, even if you learn to hide it. Fear is like…a companion.” She gives him a gift, the toy soldier she got from Orson. “Fear can bring us together. Fear can bring you home…Fear makes companions of us all.”

This episode is bound to polarize audiences. On the one hand, the writing is as good as this show has ever seen. Capaldi really gets a chance to shine here, turning in his best performance yet. And the storyline is by turns intense, terrifying, and incredibly moving. On the other hand, fans of the show will take issue with the final sequence—it monkeys with the show’s mythology in ways that many will find inexcusable. Not to mention the mounting continuity issues. For example, in the third-season episode “Utopia,” there are still humans and other living creatures at the heat-death of the universe, so how could there be “last planet” with no life on it? And how on Earth could Clara possibly know that this barn was the same one the War Doctor would one day end the Time War in?

On the other hand, I just watched the whole thing for the third time, and now I’m crying for a third time. Over an episode of a science fiction show, and quite a silly one at that. So clearly they’re doing something right. 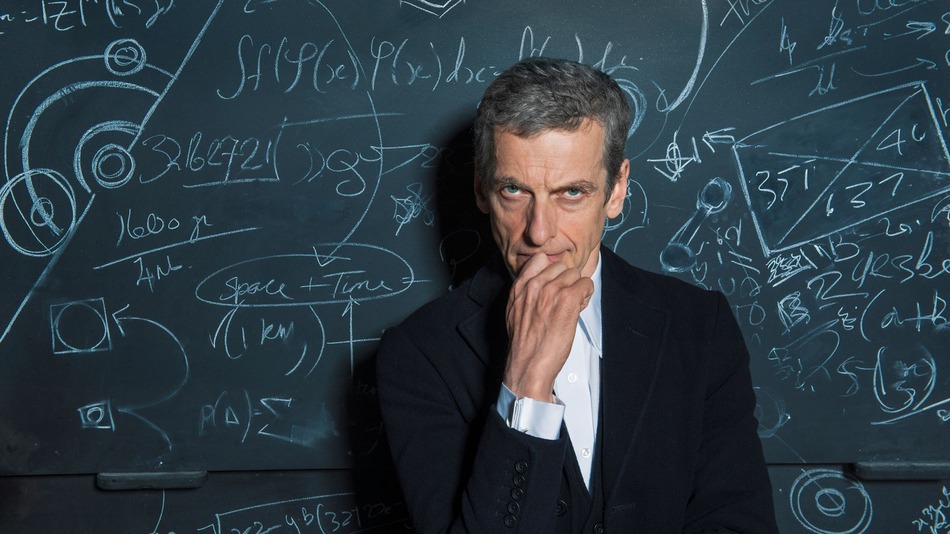