ED. NOTE: This story has been updated to reflect more accurately the current value of photographer William Eggleston’s work.

It’s an artist’s dilemma: collectors are often more eager to buy a well-established artist’s early work than whatever he or she may be putting out now. Italian Surrealist Giorgio di Chirico famously resolved the problem in a controversial way, intentionally misdating some of his 1940s paintings because they were not nearly as sought-after as his work of the 1910s.

For photographers, there is an easier solution. Many have kept their old negatives, and can produce new editions of older imagery. Galleries describe these kinds of images as “never before seen” or “never before printed” as a way to suggest their freshness to the market. Photographers are now printing many more of these images than ever, delighting some collectors with the greater choice—but frustrating others who may own that earlier work.

“As the older iconic works get bought up, finding their way onto the secondary market where they are more expensive, you see that collectors are foraging for images,” Kevin Moore, a Manhattan art advisor and independent curator, explained. “Photographers are combing through their old negatives for things to print, because of the demand.” Some people just shake their heads and say, ‘crass materialism,’ but if artists and their galleries handle this properly it doesn’t have to be so.”

Notes Manhattan photography dealer Deborah Bell: “The early part of a career is always full of energy.” For many artists, “It’s going back to a period that everyone loves.”

What does it matter? The concept of a so-called “vintage print,” one created at or near the time the picture was taken, developed in the 1970s and is associated with the photography dealer Harry Lunn, who sought to establish a basis for one print having a higher price than another. Prints made shortly after the image was taken presumably reflect a truer vision of the photographer’s intention than one produced many years later, and generally carry a significant premium. Indeed, when Lunn began to represent Ansel Adams in the 1970s, and found out he would not create more prints after 1975, the dealer pressured the artist to stop printing from his 1941 negative “Moonrise, Hernandez, New Mexico” in order to keep prices higher.

Along those lines, last year one photo collector lost his legal battle against the photographer William Eggleston in U.S. federal court. Financier Jonathan Sobel argued that his collection of photographs by Mr. Eggleston, which includes limited-edition prints, had been devalued by a sale at Christie’s in 2012. The auction offered new, digitally made large-format editions of 1970s and early 1980s images. (In size, more like paintings than traditional photographs, which is a printing trend for photographers.) Mr. Sobel had collected earlier numbered versions of those images. The judge dismissed the case, ruling that the two versions of the images were markedly different. (Moreover, the high prices set at the Christie’s sale may have raised the value of Mr. Sobel’s Eggleston trove.)

Noted photographer William Christenberry, an artist who also creates paintings and sculptures, continues to generate new work but also produces between two and five editions per year of images that sometimes date back to the 1960s. “It scares me how many collectors want the older work,” Mr. Christenberry said. “I could spend all my time on this.”

For some photographers, old negatives are a rainy day fund. Howard Read, co-owner of New York’s Cheim & Read gallery, which represents photographer Mr. Eggleston, told me back in Fall 2009 that the prices for newer editions of older images—$15,000-$70,000—were considerably higher than those of Mr. Eggleston’s more recently produced photographs, which were going for $7,500-12,000 in the early 2000s. But still less than prices for vintage 1970s prints by the artist, which have reached close to $300,000 at auction. This week, Mr. Read told the Observer that Mr. Eggleston’s work has continued to increase in value: “Currently, Eggleston prints range in price from $50,000 from 400,000.”

Sometimes there’s good reason the images weren’t printed when they were taken. Consider photographer Saul Leiter (1923-2013). Originally known best for his black-and-white images, as Leiter’s work has become more renowned, interest in his color photographs has risen. Many of those weren’t printed until decades later. “When he shot the images, printing color was very expensive, and there was no reason to make prints as there was no market for them,” said Karen Marks, director of the Howard Greenberg Gallery (an exhibit of Leiter black-and-white images is on display at through October 25). Collector desire to buy these works, which reflects the influence of Abstract-Expressionist painting styles on Leiter, “developed late in life, and that’s when most of his prints were made.”

With some artists, there simply aren’t many vintage prints to be found for some other reason. Edward Weston developed Parkinson’s Disease in the 1940s, making him increasingly unable to do his own darkroom work and reliant on his two sons Brett and Cole to print his images. Relatively few vintage Westons are to be found on the market; the great majority to be found by collectors are posthumous prints created by Cole years later.

A group of 548 photographs by Weston, printed by Cole, are on the block at Sotheby’s next week, the so-called “Photography Week” in New York, when major auctions and exhibitions are held throughout the city.

Diane Arbus was just starting to produce more prints of her images when she died in 1971 at the age of 48. Shortly after her death, Arbus’ daughter Doon directed Neil Selkirk, who had worked with Arbus with her printing, to produce editions (of up to 75) of many of her images. Between 1972 and 2003, Selkirk produced these editions. “There are far more posthumous than lifetime prints for Arbus,” said Frish Brandt, executive director of San Francisco’s Fraenkel Gallery, which has sold Arbus prints for more than 30 years. The price difference between those created during Arbus’ lifetime and those printed by Selkirk is significant, Brandt noted, with lifetime images starting at $25,000 and extending to “the mid six figures, and some have gone for over $1 million,” while those produced by Selkirk fall in the $5,500-$100,000 range.

Will these distinctions disappear as the art ages? “Late” Picassos used to be considered his weakest work and sold for far less than prime “blue-period” paintings. While that disparity persists today, his entire market has risen so much that any Picasso painting regardless of period is now quite valuable. Some photography dealers are already doing away with the date distinctions, only noting the year in which the image was taken, completely disregarding the printing date.

New York City’s well-known Staley-Wise Gallery represents Lillian Bassman (1917-2012), a fashion photographer most active in the 1940s-60s who “reinterpreted” her earlier images through darkroom manipulations in the 1990s and 2000s in order to print more abstract versions. “We label them with the title and the date when the photographs were taken, not when they were reinterpreted,” said the gallery’s director George Kocis. The labeling does not confuse collectors, he said, “because we explain the process” that Bassman used to prospective buyers.

“Vintage” has long been a key price-determining word in the photography field, but new printing technology and reinterpretations and just a newfound market for some artists is making dealers back away from the term. “We’re kind of soft around the word ‘vintage,’ ” Karen Marks said. Or, more generally, “there is no norm in the photography field,” Chicago dealer Catherine Edelman said. 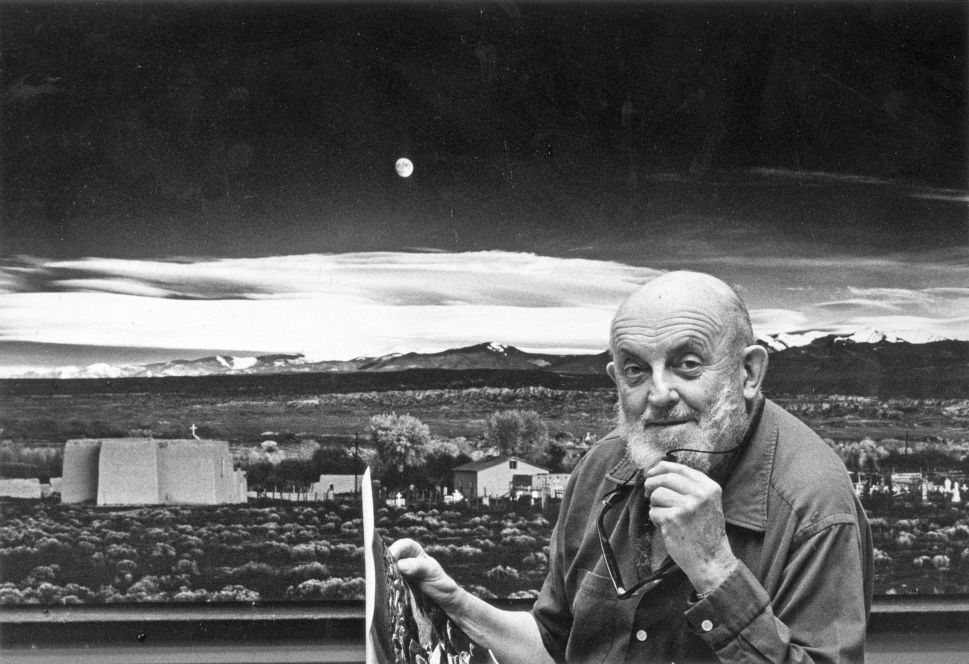