Jenny Packham looked to Marilyn Monroe for inspiration for her spring and summer 2015 collection, which debuted at the Waterfront Tunnel yesterday. The show began with a thumping dubstep remix of “I Wanna Be Loved By You,” as models walked down the runway wearing three-quarter-sleeved, knee-length dresses; puffy ball gowns; and Beverly Hills Hotel-inspired palm prints.

Before the show began, we headed backstage to catch up with the designer, who can always be relied upon to create feminine, red-carpet-friendly gowns with just the right amount of beading or unexpected details. She’s also known for dressing the Duchess of Cambridge, but most of the creations that grace that client’s bod are bespoke and one of a kind. So, no, chances are you won’t see Kate channelling her inner Lorelei Lee next spring. Backstage, Ms. Packham was remarkably laid-back, with no sign of pre-show jitters.

What made you decide to design a line inspired by Marilyn Monroe?

Her imagery has just never faded. It’s still as relevant now. It’s always there. I couldn’t think of anyone else that has carried on like that. I sort of looked at it more closely and wondered what it was. And the more I look at her images, which are just endless, you find images you’ve never seen. I think there was just something magical about her that makes even her contemporaries fade away.

I think what she used to wear was timeless as well. She was a clever woman. Not only did she take herself from being in an orphanage to what she was, an enormous star. She could sing, she could act. She was an expert in self-awareness. There was so much, as a muse, that I could get from her for eveningwear. The colors, images, textures, that whole sort of sexiness, really. I really enjoyed it.

We went to the Beverly Hills Hotel and went into the bungalow and got the ideas for the palms [seen on some of the gowns]. I went to see a man in Jersey who had a collection of her dresses from Some Like it Hot. I got to hold them… I’d taken all the images from inside [the dresses], and I felt that was the most special bit of it. You know what those dresses look like, but you never saw the inside. They were costumes, so there were all sorts of tricks they did.

What’s your impression of day-to-day style in New York City?

I love it here. I like the American style. I love LA. They have a completely different way of dressing. In most of the UK, we don’t have so many occasions. I think in LA, every night they’re going out somewhere. So you have this culture of dressing up. I like the New York thing because it’s very chic, but it’s quite played down, which is more like the UK. Sometimes I’m walking down the road in the UK and I’m thinking, oh my God, put some lipstick on. We can be quite dull, actually.

Why do you show your collections in New York City instead of London?

For various reason. It’s been very good for us to enter into the American market from a stocker’s point of view. Also, we get a great audience here that link up with the LA contacts. I see us as an international company. We showed in the UK for a long time. We showed in Milan for a little bit. I like coming here, spending three days, seeing the models, who are beautiful, the hair, the makeup. There’s a can-do attitude here. People say they’re coming to the show, they come. I like that there’s a respect for the business. On the catwalk, I think people like to see clothes they can wear. In the UK, it was very avant-garde, which is great for the UK. I think sometimes, there’s pressure to be too avant-garde and it didn’t suit us. I just want to design beautiful dresses.

What are the differences between red carpets in New York and LA?

New York is more black and demure. In LA, they love color. They want to stand out. It’s a different thing. They’re having a bit more fun with it.

You’ve dressed the Duchess of Cambridge, Uma Thurman, Julie Delpy, Kate Hudson and more. How do such high-profile red carpet partnerships come about?

They’re all very different, actually. We have an office in Los Angeles and we have collection there, so sometimes I get to meet people and sometimes I don’t. We dressed Anna Gunn a couple of weeks ago at Emmys and we had dresses flying all over the world for her, coming in, fixing them up, sending them out. So you’re very reliant on the team doing the fittings and everything. Sometimes they’re in London and it’s brilliant because I can do it myself. It’s brilliant because sometimes I don’t even know they’re wearing it until the night of the event.

Do these women impact the way you design your clothes or do you try to stay focused on your own ideas and inspiration?

Sometimes. We have such a diversity of people. Our customers are worldwide themselves — the Middle East, the Far East, Europe. Most of our customers want something glamorous. They want to be looked at, but not for the wrong reasons. It’s based off of feminine elegance. I just try to keep it the same. Sometimes for autumn-and-winter, I’m thinking about red carpet. That can be very inspiring, you know, for the Oscars and everything. So I am thinking about that. People are very influenced by the red carpet now, so you have to be thinking about that. 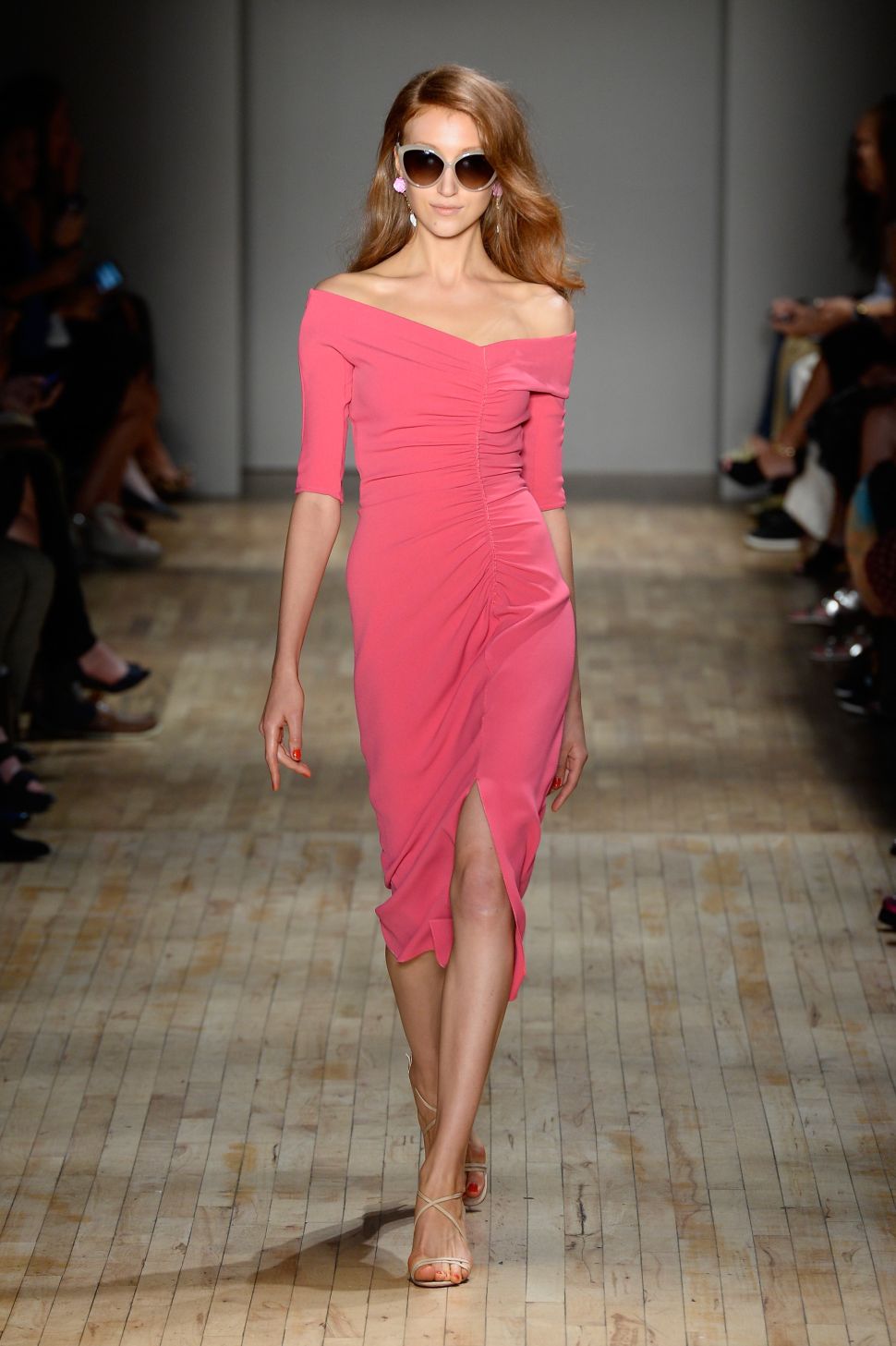