Rory Denis has lived in his rent-stabilized East Village apartment for 44 years, and he does not plan on leaving any time soon.

The 338 East 6th Street apartment has been under renovation since May 2013 and all other apartments in the building have been gutted, resulting in endless construction noise and dust. But Mr. Denis refuses to part with his cheap digs regardless.

“They strong-armed me. I was living without and heat,” Mr Denis told the New York Post. “But I had HBO.”

The resilient East Village resident had to bathe with from the Ethiopian restaurant on the ground floor, lived without heating and refused $25,000 from his landlord, Nurjahan Ahmed. General contractor Esteban Vazquez told the Post that Mr. Denis is a “headache for his workers”. “[Denis has] been here for eons,” Mr. Vazquez said. “The guy pays like $350 a month rent. I don’t blame him. I wouldn’t move either, but you’re going to live in that condition? The house is totally ransacked.”

Mr. Denis, who refuses to reveal what he pays in rent, claims he is not against the renovation, he just wants to remain at 338 East 6th Street. He was quoted saying, “I was born here, I’ll die here. My yellow toenails are going to be embedded in the staircase as they drag me out.”

Finding a rent-stabilized apartment is hard enough, but hanging on to one might be the ultimate test. 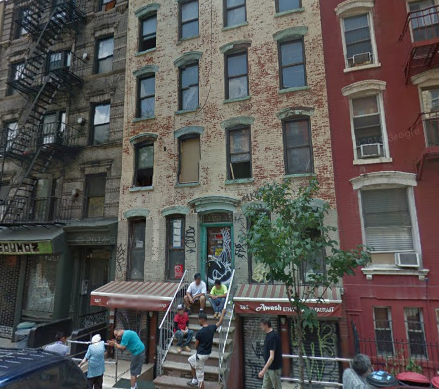