Attorney General Eric Holder told a crowd at New York University that the nation has a “critical opportunity” to change its approach to policing in the wake of Michael Brown’s death and the protests that followed in Ferguson, Missouri.

“Will we again turn a blind eye to the hard truths that Ferguson exposed, burying these tough realities until another tragedy arises to set them off like a powder keg?” Mr. Holder asked. “Or will we finally accept this mandate for open and honest dialogue, reach for new and innovative solutions, and rise to the historic challenge – and the critical opportunity – now right before us?”

At an event dubbed “Shifting Law Enforcement Goals to ​Reduce Mass Incarceration,” held by Brennan Center for Justice at the NYU School of Law, Mr. Holder spoke at length about the need to cut down on incarceration in the country — saying doing so would reduce crime and arguing the country’s over-reliance on prison sentences had a disparate impact on minority communities.

“The United States will never be able to prosecute or incarcerate its way to becoming a safer nation. We must never, and we will never, stop being vigilant against crime, and the conditions and choices that breed it,” Mr. Holder said. “But, for far too long, under well-intentioned policies designed to be tough on criminals, our system has perpetuated a destructive cycle of poverty, criminality, and incarceration that has trapped countless people and weakened entire communities – particularly communities of color.”

Though he was speaking in New York, Mr. Holder made no mention of local issues connected to the themes of his speech — such as New York’s own steep drop in jail populations as crime rates have continued to fall. Nor did he mention the NYPD, its use of stop and frisk — though he did mention being stopped himself — or the broken windows policy that some critics argue needlessly arrests citizens for minor crimes.

And while he spoke about the unrest in Ferguson, he did not mention the death of Eric Garner, a Staten Island who died as he was being arrested for selling untaxed cigarettes. In his remarks on prison reform, Mr. Holder made no mention of the scandal-ridden Rikers Island, either.

Outside, a small smattering of protesters called for independent reviews of police. One woman shouted: “Eric Garner would be alive if he were white!”

Mr. Holder did address the tensions between many communities and their police — saying “discord, mistrust, and roiling tensions fester just under the surface” in communities across the country.

“The situation in Ferguson has presented leaders across the nation, and criminal justice and civil rights leaders in particular, with a moment of decision – and a series of important questions that can no longer be avoided.  Will we allow this time, our time, to be defined by division and discord?  Or will we summon the resolve, the fortitude, and the vision to reassess – and even to remake – our system, through cooperation, consensus, and compassion?” he asked.

Mr. Holder said the questions weren’t rhetorical, but he said answering them would require understanding the plights of both people who have felt targeted by police and of police who face dangerous communities.

“As the brother of a retired law enforcement officer, I understand well how challenging – and how thankless – their vital work can be. As our nation’s Attorney General, I will always be proud and steadfast in my support for law enforcement personnel and their families, who make tremendous and often unheralded sacrifices every single day to keep us safe,” he said. “And as an African-American man – who has been stopped and searched by police in situations where such action was not warranted – I also carry with me an understanding of the mistrust that some citizens harbor for those who wear the badge.”

Mr. Holder said work to reform policing and ensure it is equitable were underway in places like St. Louis County, and also cited the Justice Department’s National Initiative for Building Community Trust and Justice, an effort designed to “promote credibility, to enhance procedural justice, to reduce implicit bias, and to support racial reconciliation.”

The department is also working, Mr. Holder said, with police associations to “conduct a broad review of policing tactics, techniques and training.”

In a report released today, the Brennan Center calls for federal prosecutors to change their definition of success — going beyond how many people they send to to prison to also consider measures of reducing violent and serious crime, reducing prison populations, and reducing recidivism. 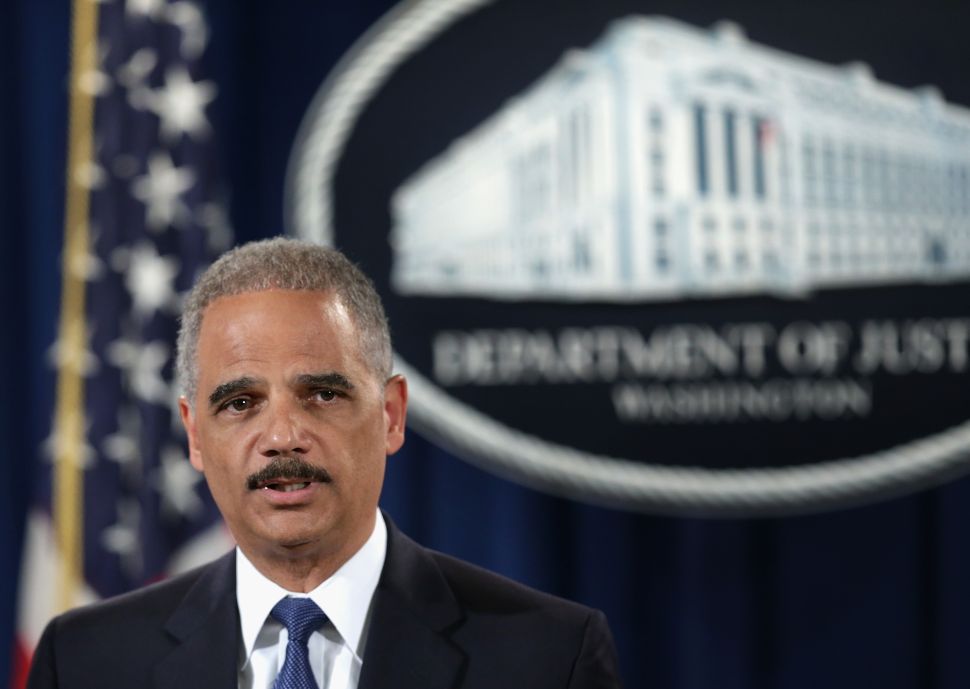