With crazy plot twist after crazy plot twist and a creepy cliffhanger ending, last night’s episode of Extant was the TV show equivalent of answered prayer! The sci-fi drama that has at times been mind-numbingly out-there, had me on the edge of my seat and vowing to never trust anyone who says “it’s okay” ever again.

In the penultimate episode, Odin turns out to be the sociopathic-terrible-ex-boyfriend of all sociopathic-terrible-ex-boyfriends! Hunky —and he is hunky— or not, Odin is a complete and total monster who has not only planted seeds of doubt in Ethan’s mind, but also a BOMB! There’s no metaphor here, people. I’m talking about the tiny detonator thingy Odin planted in the little creep when he shut him off last week. This week, he has officially gained Ethan’s trust after weeks of hinting that his parents are planning on “shutting him off” because he’s becoming too smart. He seals the deal by giving Ethan a special pager which is only to be used if and when he feels that John and Julie are about to shut off his power source. The robot/child responds with sincere gratitude and one of those great kid-hugs, which would be heartbreaking if Ethan wasn’t also a creepy machine that’s sure to use his power for evil in the very near future.

As we saw at the end of last week’s episode, Katie is not dead after all. No, I’m not talking about the not-there-baby-Katie that Alan Sparks was hallucinating, I mean the real Katie! She is alive because instead of jumping off the Serafin into certain death like she said she was going to do in her last video, she put herself in a medical coma and snoozed in some sort of pod (wonder where she got that idea?) She was eventually discovered by a French spacecraft and ended up on the Seraphimm with former colleague/fling Sean (who acted like seeing his not-dead-after-all ex was completely normal.) The love birds discuss what they’ve been up to and end up making out for a while.

Meanwhile, Julie tries to perform tests on Ethan but after speaking to Odin, Ethan refuses to participate. Julie makes a series of concerned faces and questions why he’s become so apprehensive. Since the little creep is only a child, he immediately spills his guts to Julie about Odin’s warning. For a robot-prodigy, Ethan is rather ill-versed in the art of Poker Face. Julie assures him that she loves him and would never turn him off, but it’s too late. She later finds out that Ethan had been turned off for 90 minutes while Odin was robot-sitting and rushes over to his apartment to confront him. She finds a video diary from The Hunky Anarchist™. Odin confesses that the explosion at Yasumoto’s lab was caused by Ethan and that he has plans to KILL his makers (ie. her.)

John, who has become an emotional, needy mess ever since Molly returned from space, is doing absolutely nothing useful in this episode except whining that his wife has been too distant. Molly is entirely too kind about this bitch-fest and lovingly sympathizes with his concerns. Not going to lie, if I was racing to find my half-human-half-alien baby before the corrupt ISEA got  a hold of him and destroyed the world, I wouldn’t have time to be the perfect wife either. And really, John should be focusing on Ethan (and keeping him way from hunky-but-evil anarchists.) In the video diary Ethan made with Odin, the little creep confesses that he “wouldn’t want to find out” what he would do to his parents if they tried to shut them off. I don’t speak robot but judging by his callous approach to bird murder, I can tell you it’s not going to be good.

Molly, still in search of the baby that is causing everyone to hallucinate, finds out that Katie is alive and uses the information to gain Sparks’ cooperation. He agrees to be truthful and warns Molly that the Seraphimm is going to explode when it reaches the Earth’s atmosphere. If you recall from a few episodes ago, Molly punched in a code whilst in an ISEA-induced haze. In an attempt to remember the codes and save the spacecraft, Molly visits her best friend Dr. Sam Barton. She injects Molly with a memory enhancing formula using something that looks like a futuristic gun. Though the memory enhancer only works for a moment, Molly was able to write down the code she needs to save the spacecraft.

Armed with the codes, Molly sets off to redirect the space ship and continue searching for her alien baby, which she finds hiding in a shed. But because  he’s an alien, he grows a lot faster than regular children. He’s now about six years old with curly brown hair and glowing yellow eyes. We see that this terrifying monster not-baby that has been making everyone hallucinate is actually just a scared little boy. He tells Molly that body-less aliens are on their way to Earth and she is the only one who can stop them.This information prompts her to take the ISEA up on their offer to send her back into space.

So Odin is evil, Molly has to save the world, we finally see her baby but he’s not a baby and to top it all off we find out that someone –probably aliens– have killed Katie and inhabited her body. Sean finds her corpse hanging in a closet, then comes face to face with alien Katie. Alien Katie coolly says the only thing that alien Marcus seemed to know how to say: “It’s okay.”

FACT: There is only one episode left and all I know for sure is ABSOLUTELY NOT GOING TO BE OKAY! 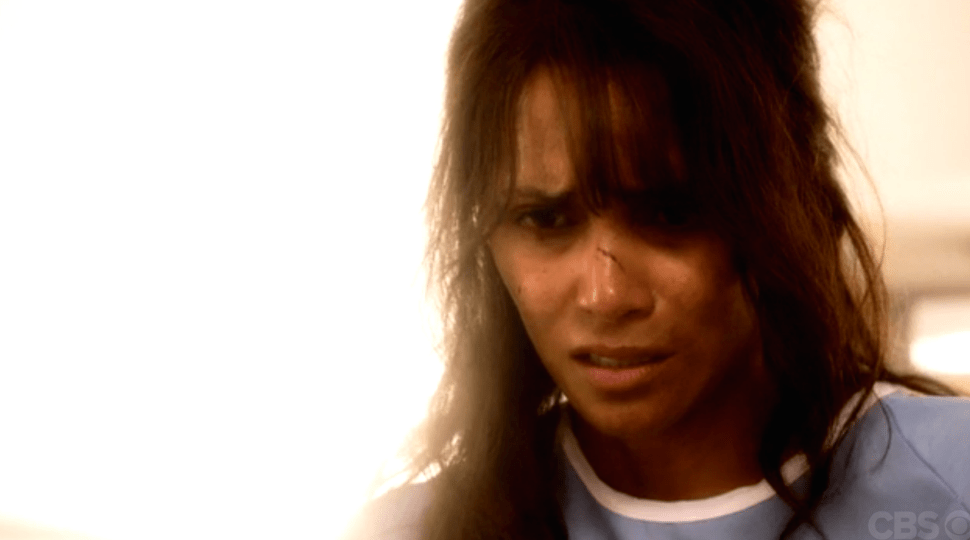