Listen I know in the past I have not exactly been nice about the creepy-robot-humanoid Ethan Woods but HOLY CRAP Extant, even I would not have chosen to put a BOMB inside of the little guy! I realize the saucer-eyed not-human has been freaking people out ever since that bird killing incident but STILL, putting a freaking detonator in an eight year old is disturbing.

Robot-child murder aside, last night’s episode did tie some very random story lines together. For example, you may have been wondering why Yasumoto went to such great lengths to send Molly on a solo mission to space, impregnate her against her will, remove the baby and hold it hostage in an incubator. Well, the answer is because he’s old. Like 120 something years old and needs this baby to perpetuate his immortality. Confused? That’s because you’re thinking logically but remember, this is Extant— the show that exclusively favors the absurd — so do us both a favor and jettison reason for the remainder of this recap.

You see, back when he was human, Yasumoto was a poor miner with a pregnant wife at home. One day he became trapped underground. Unable to escape, he made peace with the fact that he would probably die before he was found. In that moment he found a magical rock — I repeat a magical rock– that he believes kept him alive until he was rescued. Astonished, he held on to the rock and began researching it’s origins. Apparently it was part of meteor that landed on Earth and he was able to track it back to its planet. The rock was converted to some sort of concoction that he takes daily like a multivitamin that makes you live forever. It’s in a weird vial and kind of looks like it tastes awful. Apparently there are no such thing as Flinstones vitamins in this particular future. Pity. Anyway, he’s running out of his life-sustaining formula and figures sending Molly to space and knocking her up with an alien from the planet of the rock’s origin would somehow give him the everlasting life he so desires.

The episode also brings us to the sad realization that hunky, hunky Odin is actually a big jerk who will stop it nothing to extact revenge on robots and their makers. Ever since we found out that he is organizing a revolution against humanoid technology, he has been trying to get Ethan on his good side and now we know why. Odin tells the little creep that his father is planning on turning him off because he’s too smart. Which is a mean thing to say to an 8 year old, but also totally true. Ethan reacts with a slack-jaw, wide-eyed stare (something he no doubt picked up from Molly). After mind ninja-ing Ethan into distrusting John, he removes his battery and implants the remote controlled detonator. After the bomb is in place, Ethan’s battery was flipped on and he unknowingly woke up as a ticking time bomb with daddy issues.

The show incurred even more WTF points when Alan Sparks and his ex-wife began seeing hallucinations of their dead daughter in last week’s episode. If you recall, the hallucination told them to kidnap Molly’s alien-baby from the incubator at Yasumoto’s lab and go camping with it. Molly met them at the camp site and demanded the alien-baby but Alan and his wife got away, leaving Molly to witness Harmon’s assassination. Tear. While she cries over his body, Sparks’ wife goes completely AWOL, separating from Sparks, stealing a car, and running off with the alien-baby. This upsets Sparks mostly because he needs that alien-baby in order to continue seeing hallucinations of his daughter. It’s. just. so. absurd. We later find out that what Sparks, his ex-wife, and Molly don’t know is that every hallucination is caused by Yasumoto and each of them are tools to control them.

The show wraps up at the ISEA, where Molly looks for Sparks. After discovering he murdered a random employee there (no idea why), the show ends with the following confrontation:

Sparks: “What did I do? Shouldn’t you be asking yourself the same question?” 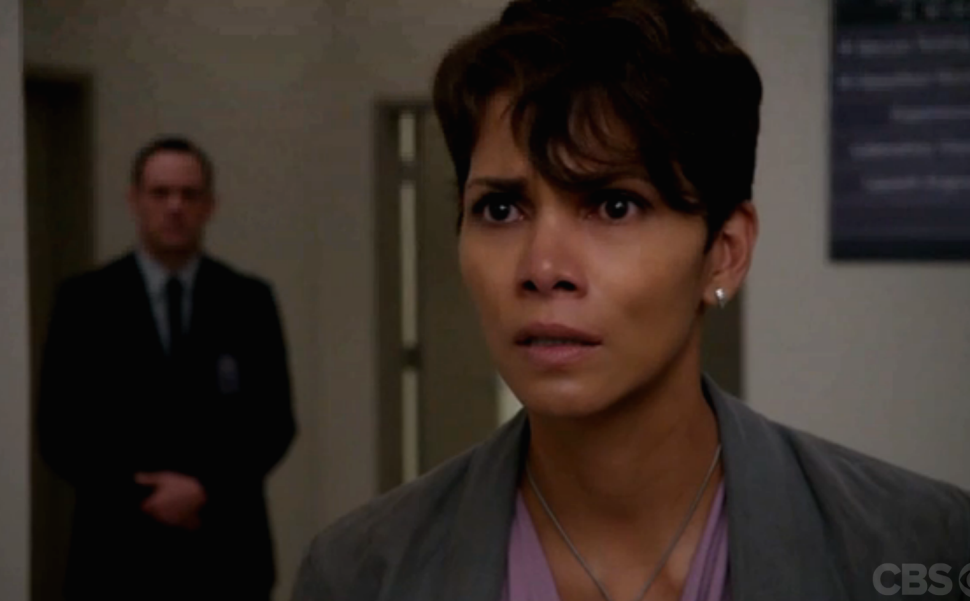