For the second time in what is turning out to be a grueling, no-holds-barred contest between the Republican and Democratic candidates in New Jersey’s third congressional district, the Democratic Congressional Campaign Committee has been forced to take down a controversial ad attacking the former candidate, Tom MacArthur.

It was a clear win for the MacArthur team, who pounced on the negative ad as soon as it hit the air earlier this week, and a sorely-felt loss for the DCCC, to be sure, who is backing Burlington County Freeholder Aimee Belgard in the South Jersey race.

The DCCC jumped into the contest earlier this summer, optimistically backing Belgard in her quest to replace outgoing U.S. Rep. Jon Runyan (R-3), a Republican. In one of the most competitive congressional races not just in the state but also the country, the DCCC sees Belgard as one of a handful of chances to pick up a GOP-held seat in November, when Democrats could use all the wins they can get their hands on to deny House Republicans their majority. And they’ve met the prospect accordingly: In June the DCCC began ad campaigns in CD3, costing upwards of $1.3 million until November, smearing Belgard’s opponent in an effort to tip the scales in her favor.

But the national organization has sometimes created more problems than solutions for the South Jersey Democrat, who faces a self-funding and comparatively wealthier opponent in a district that more often than not leans conservative. The Republican’s campaign has used Belgard’s affiliation with the DCCC as easy ammunition in lobbing attacks at her, painting her as a DCCC “puppet” who takes her marching orders from Washington insiders. It’s also not the first time the DCCC has had to admit a regrettably public defeat at the hands of MacArthur’s campaign team: last month, in response to the threat of lawsuit by the MacArthur campaign following a FactCheck.org report that deemed its content “deceiving,” the DCCC was forced to take down an ad titled “Deny,” which was quickly replaced it with an edited version.

The stage was set – again – for conflict this week when the DCCC launched another television ad, this one titled “Fire,” blasting MacArthur and his work as a former insurance executive and CEO at a company called York Risk Management Services. The DCCC — as well as Belgard’s own campaign — has routinely criticized the Republican’s work there, accusing him of shortchanging victims of natural disasters by denying legitimate insurance claims. The latest ad centered on the same criticism, this time alleging that MacArthur had profited from the company even as it denied the claims of injured Phoenix fight fighters. It featured John Teefy, a Phoenix fire captain, lamenting “My brother and sister firefighters had to take Tom MacArthur’s company to court over all of these denied claims. They shouldn’t have made their money hurting guys like me.”

The ever-ready MacArthur camp, lead by campaign manager Frank Luna and strategist Chris Russell, immediately jumped on the ad, calling it’s content defamatory and promising to deliver a lawsuit if the ad wasn’t taken down immediately (“Our attorney was literally on the steps of the Ocean County Courthouse to file our defamation lawsuit against the DCCC,” MacArthur said in a later statement). The problem with the ad, they said, was that all save one of the fire fighters’ claims featured in it were filed after MacArthur had already left York, and might have even been denied by adjusters who worked at an entirely different company at the time (but which York later acquired). Advised by their legal counsel, the DCCC conceded defeat Tuesday as MacArthur proclaimed victoriously: “Today is a victory for the truth, and a devastating blow to the empty, dishonest campaign of my opponent, politician Aimee Belgard, and the party bosses and special interests bankrolling her campaign from Washington, DC.”

Due in no small part to the MacArthur camp’s speedy mobilization efforts and unrelenting pressure, the Republican candidate in CD3 was able to send home his opponent’s “handlers,” tail between their legs, with real expedience and for the second time this season. And that’s an obvious victory for him. A district expat who’s tied neck-and-neck with Belgard despite a clear funding advantage and in a district normally friendliest to Republicans, he’s got enough problems to deal with as it is. 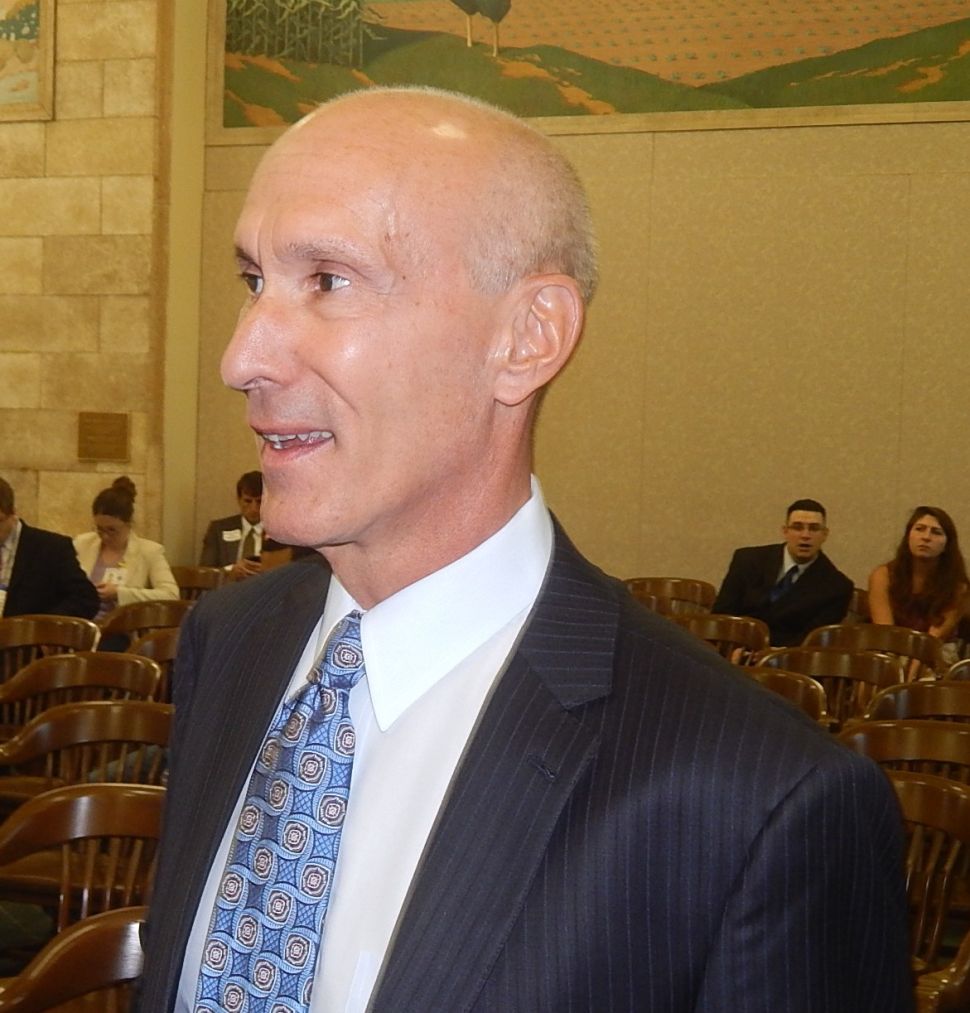