For a man Forbes currently ranks as the ninth wealthiest in the Philippines, a man who, if that venerable journal’s calculations are correct, has, together with his family, some $3.4 billion to his name, Jaime Augusto Zobel de Ayala is unusually disposed to bargain hunting, at least as concerns housing. Mr. de Ayala, the chairman and CEO of the many-tentacled, 180-year-old Ayala Corporation, which counts among its holdings the Bank of the Philippine Islands, has paid a mere $3.9 million—and about a half million less than the asking price—for a three-bedroom co-op at 10 Gracie Square, according to city records.

A 1930 construction on 83rd Street between East River Drive and East End Avenue, 10 Gracie overlooks Carl Schurz Park. It is the sort of place that those of us who rely on the subway might consider inconvenient, and which those who live there have the luxury of considering “private” or “secluded,” perfectly situated for discrete exits from chauffeured autos. Before the advance of the FDR, the building enjoyed a private club on the river, with, naturally, an attached yacht mooring. It has had among its residents Gloria Vanderbilt, Madame Chiang Kai-Shek and the Algonquin Round Table luminary and New Yorker columnist Alexander Woolcott, whose book Shouts and Murmurs gave its name to the magazine’s weekly humor section.

All of this sounds quite fitting for Mr. de Ayala, whose family has been called “a clan of corporate aristocrats.” But the price of that fifth-floor apartment—and the fact that the Douglas Elliman listing held by Diane Johnson and Scott Boyd includes not a single photograph—indicates that considerable work lies ahead for the buyer. It’s one of those “blank canvas” jobs, albeit one with a 23-foot gallery, 50 feet of East River frontage, a wood burning fireplace and a terrace, which also faces the river. No need to get rid of any of that. And the seller, the estate of Hortense Feldbaum, who passed away in 2012 at the ripe old age of 98, has rather good reasons for its throwback merchandise. Surely, it’s nothing a tiny fraction of that $3.4 billion can’t fix. 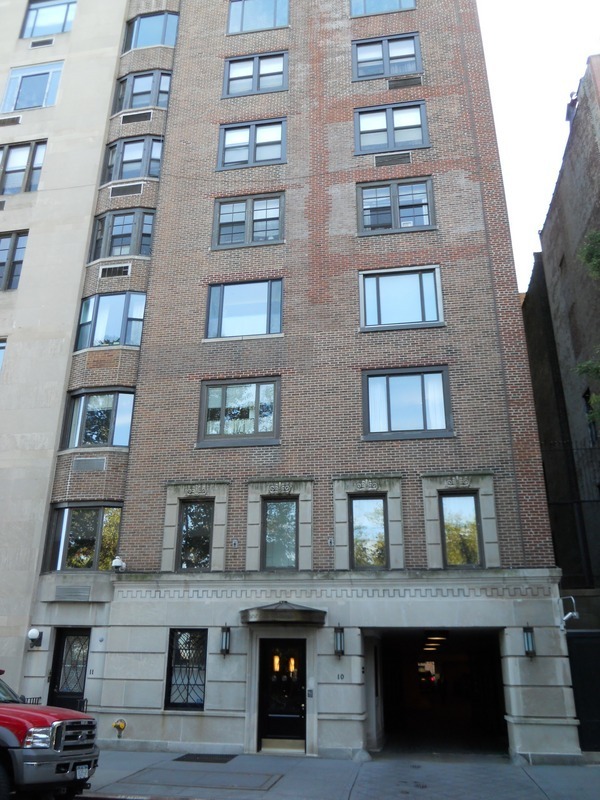