In recent days, football and politics intersected for three prominent politicians — two of whom are in the midst of difficult election campaigns.

Dianne Feinstein, the senior senator from California, said that NFL players who are arrested for commit domestic violence should be suspended.

Martha Coakley, the attorney general of Massachusetts and Democratic candidate for governor there, said of the NFL commissioner Roger Goodell: “I know that anyone who understands this issue (domestic violence), who’s worked with victims and survivors as I had, who pays attention or hears the voices of women who’ve been abused. I don’t think it’s a hard call. I think he should resign.”

And Mary Landrieu, a Democratic senator from Louisiana facing a very difficult challenge from her Republican opponent, took a a different approach. Rather than making news for her views on the NFL, she campaigned at a college football game, where this photograph was taken of her helping a fan perform a keg stand before the game.

Taken together, these three incidents capture some of the complex relationship between football and politics. Recent incidents of domestic violence, most notably involving former Baltimore Raven Ray Rice and San Francisco 49er Ray McDonald, have drawn attention to the problem of violence in the NFL. In recent weeks pressure has mounted on the league to make a break from the past and take a firm position that it will not tolerate domestic violence and will mete out severe penalties for whose who do it. It is also growing more likely that as Ms. Coakley and others have called for, Mr. Goodell may have to resign.

All three of these politicians face different political incentives and challenges that informed their comments.

Ms. Feinstein is now serving her fourth, and perhaps last full term in the senate. Even if she seeks a fifth term, she will not be up for reelection until 2018, so for her political considerations were not of primary importance.

Speaking on Face the Nation on Sunday, Ms. Feinstein said: “I believe very strongly that if a player is arrested, they should be suspended, and if they are convicted that ends it. This has gone on too long. It is getting too bad. And these teams have to set an example for the rest of society.”

Ms. Feinstein was also one of 16 women in the Senate to sign an open letter to Mr. Goodell earlier in September that “call(s) on the NFL to institute a real zero-tolerance policy for domestic violence.” While speaking on “Face the Nation” about the issue, Ms. Feinstein went on to note that she was a fan of the 49ers, McDonald’s team. This is no surprise given that Senator Feinstein is a native San Francisco and was mayor during the team’s first two Super Bowl victories. Mr. McDonald has played in all three 49er games this season.

The senior senator from California’s words strike a balance between speaking out against domestic violence, but also asserting her credentials as a fan and therefore not alienating the millions of football fans in California. This balance is necessary, because despite the spate of domestic violence on the part of NFL players and other issues such as rates of concussion, long term damage to players health and increasing numbers of parents — including this one — who will not let their sons play football, professional and college football remains extremely popular throughout the country.

Unlike Ms. Feinstein, Ms. Landrieu is trailing in the polls and is in a very difficult political fight. She also represents a more conservative state than Ms. Feinstein does. That is undoubtedly what brought her to the parking lot of a college football game to campaign on Saturday.

There is nothing wrong with going to a ballgame to win votes, but Ms. Landrieu’s decision to physically help and encourage what many have identified as binge drinking — a problem that is also associated with colleges and college football — may be less defensible to some. The photograph was funny, but for some critics, the message less so.

Ms. Coakley’s comments, calling for Mr. Goodell’s resignation, were very strong and unambiguous, and partially aimed at painting her opponent as insensitive. Her campaign has followed these comments with a letter to the Massachusetts Interscholastic Athletic Association (MIAA) urging, among other things, that “all student-athletes should receive instruction about the prevention of and consequences arising from teen dating violence prior to each athletic season. Each student-athlete would then pledge that they will not commit acts of teen dating violence as a condition of participating in high school athletics.”

Ms. Coakley, like Ms. Feinstein and Ms. Landrieu, also has to be aware of the popularity of football, particularly the New England Patriots, in her state. It is possible that if she is portrayed as too anti-football it will be damaging, particularly among men, in November.

These cases of domestic violence have brought attention to a number of other political issues involving football, including shielding football players of relatively young ages from repercussions of their actions, the violence in the game itself and even the tax-exempt status of the NFL. All of these are potentially significant issues with big constituencies. However, as long as there are still millions of people who watch college and professional football every week, advertisers who want those viewers to buy their products, and tailgate parties at hundreds of college games every Saturday, politicians will approach these issues with caution. 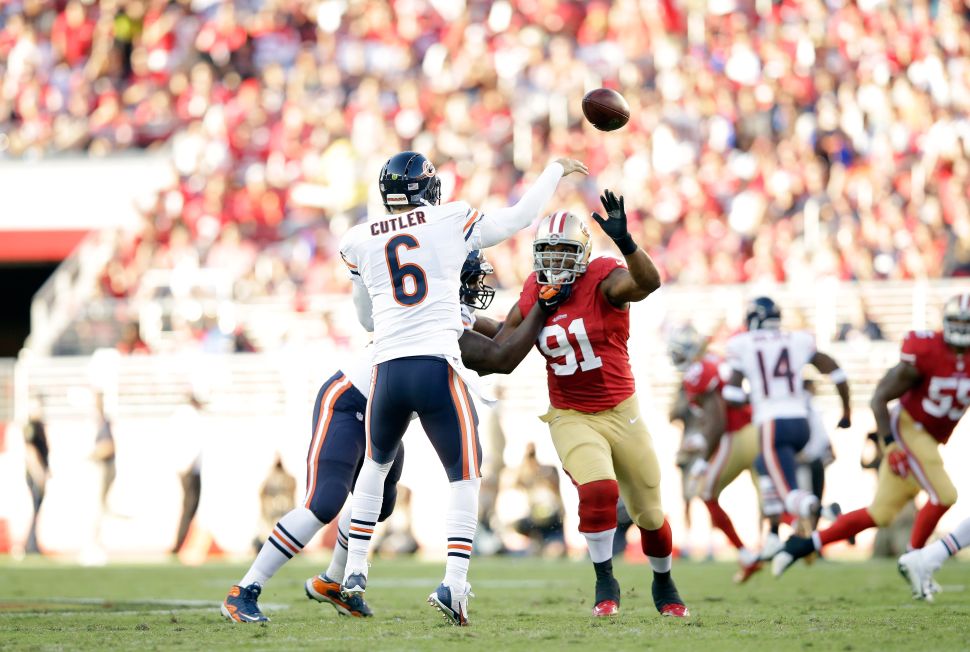