Nearly 200 years ago Jane Austen wrote in Emma, “Tea passed pleasantly, and nobody seemed in a hurry to move.” But tea no longer conjures fussy doilies and grandma’s tea service. Tea is back in vogue. And for many trendsetters, it’s the chic new “social” preference for business and pleasure, surpassing lunch or coffee.

“Tea, the time required for steeping, the elaborate ceremony, confesses a sincere interest in one’s tea companion,” said Iris Smyles. The 35-year-old debut author of Iris Has Free Time doesn’t do lunch. Perched on the edge of her chair for afternoon tea at the Mandarin Oriental, posture erect, legs gracefully crossed at the ankles, Ms. Smyles admitted she is not a fan of coffee meetings either, with her editors and fellow authors. “Coffee is about accelerating time, while tea is more languid and long.”

Linda Fargo, the senior vice president, fashion and store presentation at Bergdorf Goodman, who calls herself “a devout tea drinker but not a teetotaler,” has overthrown lunch meetings for afternoon teas with designers and journalists in the BG restaurant or in her office. Loose Earl Grey by Dammann Frères (granted the exclusive privilege of selling tea in France by Louis XIV) is one of her favorites.

In New York, afternoon tea is no longer relegated to the formal menus of high-end hotels nor is it only to be found at quirky cake shops or quaint Brit-style restaurants such as Tea & Sympathy. The trendy bistro Greenwich Project now serves “high tea” on weekends (New Yorkers don’t always understand it’s actually afternoon tea) and new tea salons have been popping up including Bosie Tea Parlor and The Tea Press, which recently opened in the West Village.

“Tea isn’t prissy anymore,” said U.K. TV chef and Cook in Boots author Ravinder Bhogal via Skype from London, as she sipped a cup of Assam.

“I’ve been having a love affair with tea. It’s actually gotten sexy, tea. I like that you can go to the Modern Pantry at the Hyatt Regency and have a glass of their tea served in a pinot noir tumbler. I feel incredibly racy at three o’clock swirling a glass of amber tea around in my hand, as if it were a cognac. It’s sophisticated, not twee and girly. I prefer to talk over tea, as opposed to lunch or coffee,” continued Ms. Bhogal. “Matcha tea gives you clarity. If you’re having a business meeting and you need some sort of resolve, don’t reach for your coffee, have a glass of Matcha.”

“Because of the [tea] trend, I find I have more selection,” she said. “I’m happy there are more tea places around because tea is clean and elegant.”

Although there are no tea recipes in Extra Virgin Recipes & Love from Our Tuscan Kitchen, The New York Times best-selling book she wrote with her husband, Ms. Mazar whips up iced teas with mint leaves and fresh fruit at home when it’s “wine-o’clock.”

Even coffee shops are seeing a rise in tea requests and responding quite seriously. Not content with bags from Twinings or PG Tips, Metodija Mihaijlov, the manager of Whynot Coffee and Wine on Christopher Street in Manhattan’s Greenwich Village, said he researched luxury and single-estate teas and decided on Bellocq Tea Atelier in Williamsburg, Brooklyn after its success in London. “It’s like nature in a cup,” he said, opening a tin to show the loose leaves and flowers.

“For people who are serious about tea, it is as nuanced and distinctive as any fine wine,” said Ms. Bhogal, who plans to open a restaurant with a lavish menu of couture, single-estate teas by Lalani and Co. “It’s all about terroir; where it’s grown, the climate—that affects the taste of it.

Tea can also be romantic. New York designer Cynthia Rowley, who has tea trays set up both at work and at home enjoys a “romantic” tea at night. “There’s a certain delicacy to drinking tea out of a beautiful teacup,” she said.

Ms. Mazar agrees that tea is the best drink for a budding romance. “It’s a really nice way to go on a date,” said Ms. Mazar, “and it’s very clear, you know, it’s not ‘let’s go get a drink.’ There’s a certain formality to it because you’re awake.”

One of Ms. Mazar’s fondest memories is going on a tea date in Paris to Mariage Frères Maison due Thé with her husband before they were married. “We kind of repeat this tradition … after 13 years I still buy that same Mariage Frères tea, Wedding Impérial. It’s so fragrant, it’s like perfume.”

In fact, the taking of tea is a lifetime tradition for Ms. Mazar, her first afternoon tea—she fondly recalls—was at home in Queens with her grandmother. “She really had this thing for having tea and little biscuits. I would watch her hand wash the sheets while I was at my little tea station with my Florentine swirly design tea set probably left over from the 1950s. I had my four teacups and saucers and we started out with that; it was just play. And then we graduated to having actual tea together. It was nothing more than Lipton tea, but it was important.”

Asked if she had to attend a business meeting, which would she prefer: tea or a lunch?

“I think that, for me, tea as a power lunch is optimum. I’m really selective with whom I share my table in terms of food. There’s nothing more boring than to sit in a meeting with a stranger, order food, have to eat with them while you’re answering questions with people swallowing.  You know what I mean?” 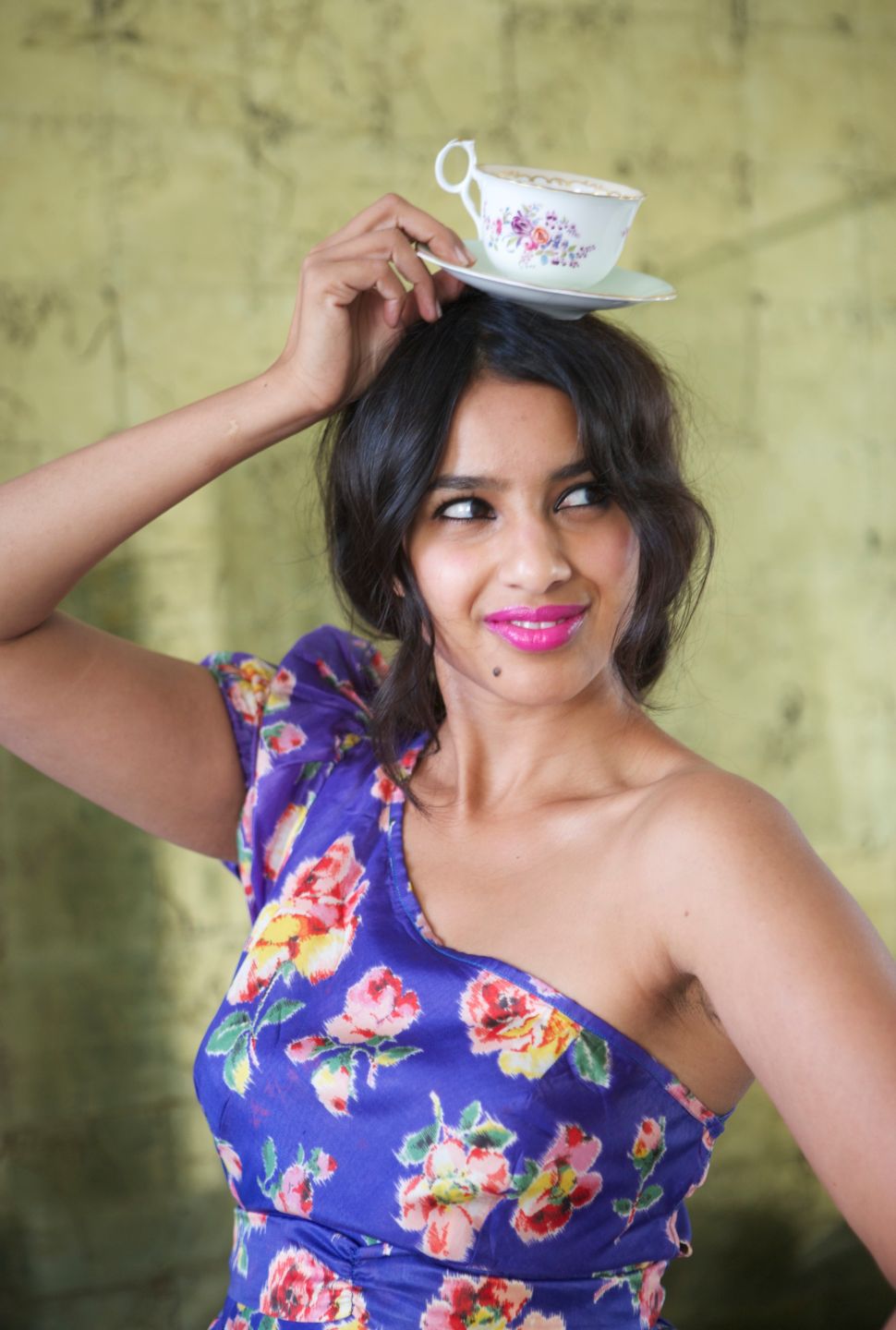