In New York, which has become one of the country’s top start-up destinations second only to Silicon Valley, the demand for coders is on the rise. And the good news is you don’t need to trudge through another four-year degree in order to edge your way into the industry. For the city’s coding needs, a new kind of school has emerged, and the pack leader is General Assembly, the world’s fastest-growing code school, expanding internationally and increasing its student body exponentially year over year.

“Developers are in demand, and we’re trying to think long and hard about how to provide more supply,” Jake Schwartz, General Assembly’s CEO, told the Observer.

In short, General Assembly teaches you to be a web developer, to build apps and online interfaces for new digital products. Its New York campus in the Flatiron District—the center of New York’s tech scene—offers courses and workshops to turn baristas, bored office workers and lost liberal arts majors into well-paid code monkeys.

In its workshops and intensives, which range from full-time curriculums to one-off classes, students can learn basic coding skills, front-end development, app building, web design, business development and data science. Most of the students who arrive at General Assembly show up without a deep background in computer science and engineering. Aside from unhappy career-horses looking to make a transition, many students have four-year college degrees in some variety of the liberal arts and no idea how to find gainful employment.

“The liberal arts are great, but those institutions aren’t really set up to give the students the practical skills to compete in the contemporary world,” Mr. Schwartz observed. “We want to be that bridge, a compliment to the system.”

General Assembly was founded in January 2011. Mr. Schwartz, who is now 36, had been consulting with start-ups and entrepreneurs by day and running an underground performing arts space called The Tank by night. To marry his track record of helping to build tech companies with his experience in event space management, he and his co-founders set out to create what they hoped would be the central hub for the early New York start-up scene.

Their first shot at this was to establish a space in the Flatiron District for tech start-ups to work together in a collaborative way, an early example of co-working, a complementary business technique in the start-up economy that’s now dominated by rapidly expanding companies like WeWork and The Yard. But co-working wasn’t the ideal direction for General Assembly—it wasn’t the founders’ highest ambition.

They started experimenting with other ways of supporting the start-up scene, and in February 2011, General Assembly began offering small workshops and courses. In only a few months, its course offerings started to eclipse its real estate offerings. By August, the founders were considering transforming their enterprise exclusively into an education company.

“There was plenty of working space around the city, but education was the hard problem to solve,” Mr. Schwartz said. “We were building a community, and we needed more space for our students.”

Course offerings expanded from a few one-off classes to full-time offerings in product management, web development and user experience design, and in October 2013, in a process Mr. Schwartz compares to “pulling off a Band-Aid,” the company said goodbye to the last of the start-ups in the General Assembly space and dedicated its full resources to its training programs.

The name General Assembly is meant to evoke both titans of industry—like General Electric and General Motors—and a democratic ideal. It’s a name that speaks to the aspirations of young tech entrepreneurs as well as a spirit of collaboration—the factory, the university, the public forum and the maker space all rolled into one.

General Assembly’s full-time intensives run for 12 weeks—standard fare for code schools in the city—and, at the end, the company works to place you in a junior-level coding job. Its graduates have gone on to find entry-level coding gigs at pure tech companies like Apple, Dropbox and Uber, as well as development gigs at major media companies like Condé Nast, BuzzFeed and The Wall Street Journal.

New York’s code schools, the ranks of which include App Academy, the Flatiron School and Fullstack Academy, boast sky-high placement numbers, and General Assembly is no exception. Daniel Ross, Mr. Schwartz’s “chief of staff,” claims the number is more than 90 percent, and often much higher depending on the talent in the class.

“You’re not going to come in and in 12 weeks know everything, but you’re going to be prepared for that junior-level job,” Mr. Ross said. “We’ve had folks come in as Starbucks baristas and land a job at The Boston Globe as a junior developer.”

As General Assembly has gained popularity, the company, with $50 million in venture capital, has expanded rapidly, first to San Francisco and London, and, in the past year, to Chicago, Hong Kong, Sydney and six other cities around the globe. General Assembly has graduated more than 6,000 students from its intensives, and in two years, Mr. Schwartz estimates that number will be 50,000.

Mr. Schwartz sees General Assembly’s global alumni circuit as its greatest strength. By joining General Assembly, he said, you’re inducted into a world network of developers for a lifetime.

“The social experience is a big part of why people invest in us,” Mr. Schwartz said, “and if you’re investing time and money, you expect a return.”

That investment comes at a price. Costs for full, three-month programs range from $9,500-$11,500. And the programs aren’t easy. Students can expect to work late into the night drilling on new programming languages, building mock-up websites and apps, attending lectures and networking with business leaders and other students.

The fact that General Assembly most often requires cash up front or as part of a payment plan doesn’t exactly keep the playing field wide open in an industry notoriously dominated by upper-middle-class white men. But to its credit, the company is experimenting with scholarship programs as well as equity-based models where a sponsor takes a small portion of your post-graduate salary.

The selling point for all of this time and money is, of course, the more-than-decent developer’s salary. General Assembly keeps its alumni data close to the vest, but rival code school App Academy reports that its New York graduates make an average of $84,000 coming out of similar programs.

And there’s demand for programmers in the city’s leading fields, including fashion and finance. In the Flatiron District alone, the start-up scene has grown from just a handful of would-be techies bumming off the free Wi-Fi in the Ace Hotel lobby to the locus of New York’s hottest media ventures, including Business Insider, Mashable and, most recently, Gawker Media.

“Tech disruption is way deeper than in just one sector,” Mr. Schwartz said. “What makes New York awesome is that we already had all these industries here, and we’re helping to make sure those industries are going forward.” 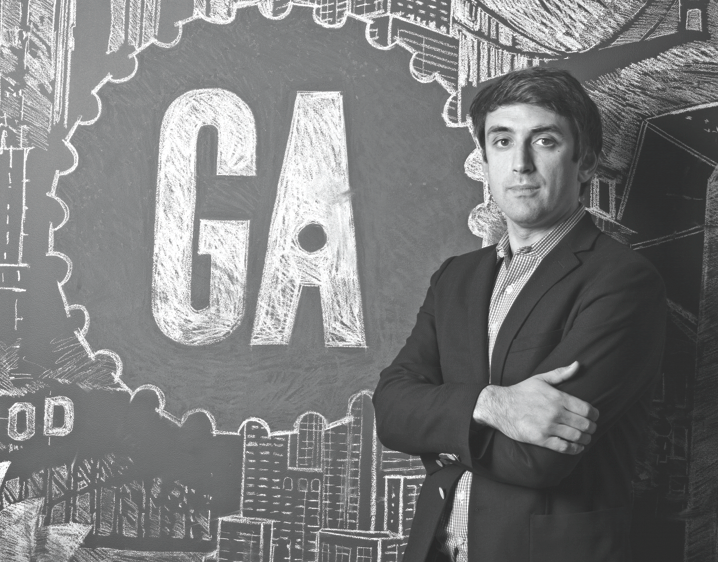