Former Port Authority board member Bruce Blakeman–now a Republican contender for Congress in Nassau County–today called the chain of command that gave the infamous order to close lanes from Fort Lee on the George Washington Bridge last year “highly suspect.”

Mr. Blakeman served as a Port Authority commissioner from 2001 through 2009 and is now seeking the Long Island seat of retiring Congresswoman Carolyn McCarthy. He told the Observer that he regarded the directive to shut down and reroute two of the the three New York City-bound toll lanes during rush hour as suspicious, given that it came down from New Jersey Gov. Chris Christie’s former deputy chief-of-staff to Mr. Christie’s senior representative at the Port Authority David Wildstein and not from researchers or technocrats.

“That it was done by people who weren’t in the traffic engineering department is highly suspect,” Mr. Blakeman said.

Mr. Blakeman refused to say he believed that the closure was politically motivated, even though it followed Fort Lee Mayor Mark Sokolich’s decision not to endorse Mr. Christie in his 2013 re-election campaign. Ms. Kelly–who Mr. Christie has since fired–sent Mr. Wildstein an e-mail shortly before the incident stating “time for some traffic problems in Fort Lee,” but former Port Authority Executive Director Bill Baroni–another of Mr. Christie’s appointees–testified before the New Jersey Assembly that the lanes were closed as part of a traffic study.

The candidate would, however, say that he believed those involved in the incident should be prosecuted.

“If it was for political reasons, those people violated the law and should be brought to justice,” said Mr. Blakeman “Diverting lanes at the George Washington Bridge, if it was done for political purposes or for revenge purposes, it was highly improper, highly unethical, and illegal.”

Mr. Blakeman, who served as vice chair of the Authority’s security committee, also noted that the deliberate lane closures–and resulting gridlock on the bridge–exposed the bridge to a potential terrorism threat.

“It obviously not only created traffic headaches, but a security issue,” he said.

Mr. Wildstein–the founding editor of PolitickerNJ.com, which like the Observer is owned by Observer Media–and Mr. Baroni both resigned their positions in the aftermath of the scandal.

The Port Authority declined to comment on Mr. Blakeman’s statement, and Mr. Christie’s office–which has maintained the governor was unaware of the order to close the lanes–did not respond to requests for comment.

Mr. Blakeman is running against Democratic Nassau County District Attorney Kathleen Rice–one of the three co-chairs Gov. Andrew Cuomo appointed to the anti-corruption Moreland Commission, which unceremoniously disbanded earlier this year and has prompted a federal investigation. Ms. Rice has so far declined to speak about her role in the Commission.

Mr. Blakeman, former speaker of the Nassau County legislature, unsuccessfully sought the state comptroller’s office in 1998 and the Republican nomination for United States Senate in 2010. He also weighed a campaign for New York City mayor in 2008, before incumbent Michael Bloomberg successfully obtained a term limits extension and ran again. 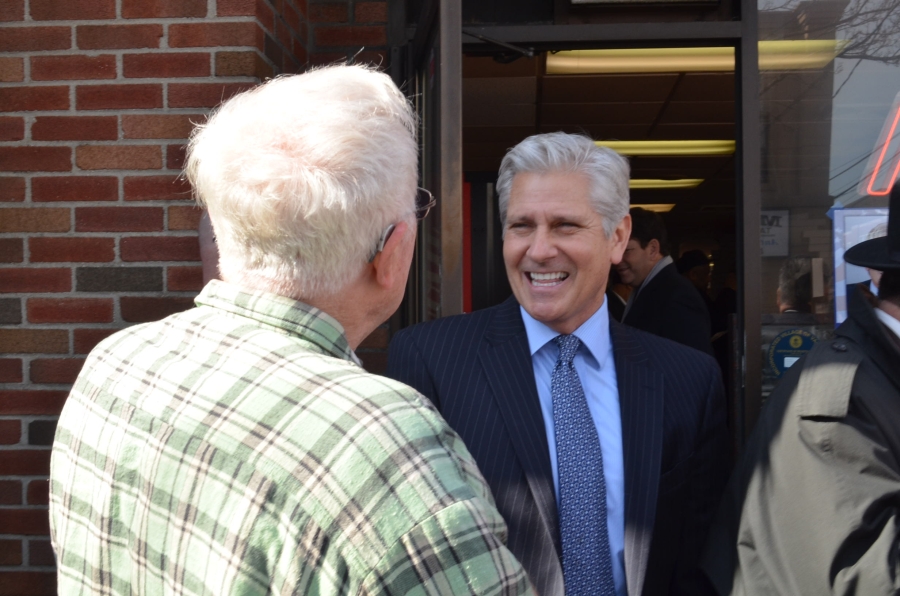