“Titus Pierce, Democratic candidate for governor,” he said, sticking his card into the hand of a lawmaker, whose shoulders sagged at this grand opening by the Democratic State Committee of its statewide coordinated campaign headquarters.

The lawmaker’s eyes caught those of another lawmaker’s.

Both sets of eyes rolled.

So far, Senate President Steve Sweeney (D-3), Jersey City Mayor Steven Fulop, and former U.S. Ambassador to Germany Phil Murphy have circulated in the party bloodstream on their way to getting a 2017 edge.

Assemblyman John Wisniewski (D-19) is also retracing the tracks he made as state party chairman.

Just the other night, some local allies had an event for Fulop in Edison, where Middlesex County Democratic Chairman Kevin McCabe could be glimpsed in attendance.

Murphy turned heads when he sat next to Democratic State Party Chairman John Currie at a Passaic County Democratic fundraiser.

Fulop was there, too.

It’s getting to the point where people who follow this stuff have to clarify when people say Fulop.

It could be Philip. As in Murphy.

Anyway, this time it was Pierce, a commercial banker from Lawrence.

“It’s all about winning,” he beamed, claiming to be the pro-business Democrat in the fledgling race for governor. 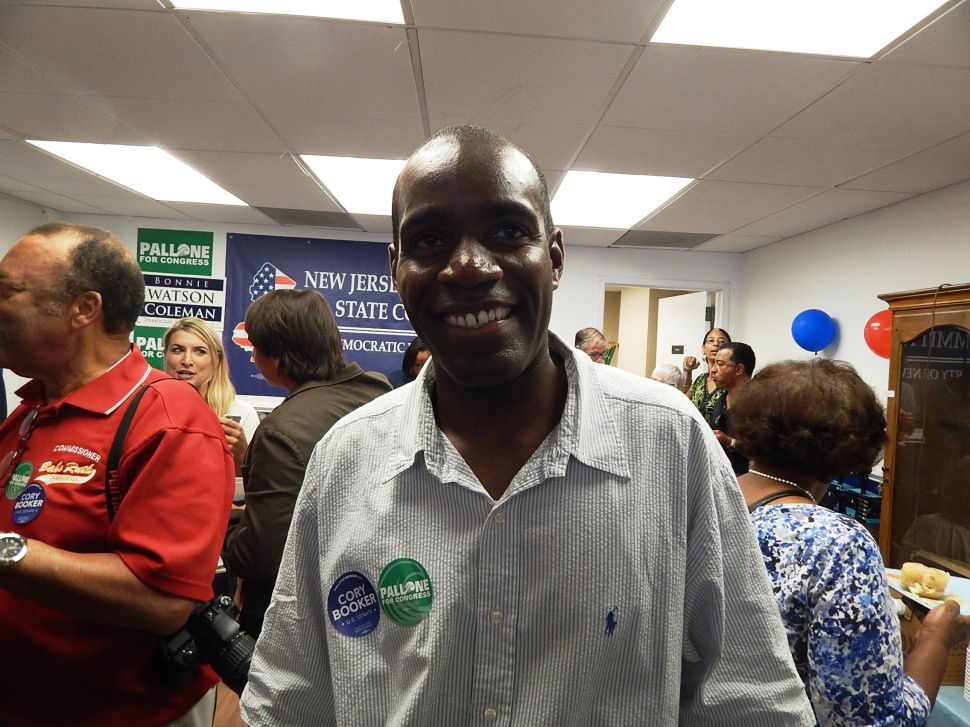