Speaking to Brooklyn-based standup Hannibal Buress—one of the most laid-back, conversational comics on the scene today—it isn’t always easy to tell when you’re being fucked with.

Luckily, on occasion, you can tell. Oh, you can definitely tell.

“I started comedy in 2002, after my parents were kidnapped by ninjas. I had to do a five-minute comedy set to get them released,” he deadpans during a conversation to promote his Fall Comedy Camisado Tour. I had just asked how he first got into comedy.

I then wonder, does he have any other notable memories at all from his early days of stand-up? “I mean, my parents got kidnapped by ninjas, and that was when I was first starting out so, yeah, that was pretty extraordinary,” he continues, not breaking stride.

But sometimes, it isn’t that easy to ascertain how much is shtick and how much is genuine. Listening to the stand-up from Chicago—a veritable comedy veteran at this point—describe what keeps him motivated after all these years blurs those lines quite a bit.

“Well I make good money. I mean I like doing comedy, but I want to buy stuff, so you got to work to buy stuff,” Mr. Burress says. “Similar to most people, even outside of comedy. I enjoy doing it, but its also my job. So I have to pay bills and shit like that. I like to do stuff and travel, and I like to eat food and play video games, to do those things you have to make money.”

It sounds like a joke if only because for the majority of the conversation, Mr. Buress gives off the impression he has high creative ambitions—far removed from simply paying the bills. He’s already landed a recurring role on Comedy Central’s web-series-turned-mega-hit Broad City, and he recently appeared in a memorable role alongside Seth Rogen and Zac Efron in Neighbors. He’s written for both Saturday Night Live and 30 Rock, appearing on-screen in both. But the comedian isn’t nearly finished. He tells me he wants to direct. He tells me he wants to land leading roles.

Most of all, he tells me he loves comedy.

“Right away I fell in love with doing comedy, to the point where I wanted to keep doing it. I kept on having these small milestones over the years that kept me going,” Mr. Buress says. “I had only been doing it for about a year, I got invited to perform in Las Vegas for a Las Vegas Comedy Festival. And getting into the Just For Laughs Comedy Festival in 2006 was a big step … There are still things that are cropping up. Things that are real big milestones that I’m excited about. It’s just fun to consistently progress, and just keep working.”

And no one can say he isn’t going to keep working. In November The Eric Andre Show—which Mr. Buress co-hosts—will return for its third season, Broad City for its second in early 2015. Before then, Mr. Buress’ comedy tour makes a stop in New York as part of the New York Comedy Festival, where his name shares the ad space with comedy bigwigs like Bill Cosby and Nick Offerman, as well as recently-skyrocketing comics like Amy Schumer. Google Mr. Buress’ name, and the words ‘break out star’ are prominent. But I can’t help but wonder if the concept of finally ‘breaking out’ ever bothers Mr. Buress, who has been performing on and off the stage for 12 years.

“I just work, man. So ‘breaking out’ or whatever people call it…if people want to say that they can. I just try and work and pay my bills,” he says. “So the show biz terminology, ‘break out’ or ‘up and coming,’ that’s for other people to write about. I just do work.”

Maybe I shouldn’t be so surprised by the apparent ease with which Mr. Buress switches between comedian and human-being (Not to say they aren’t the same thing. Kind of.) The truth is, there really isn’t that much of a difference in his case. His “style” (Adapted, he says, with the help of extensive “yoga and pilates.” Again, fucking with me), is simply “be Hannibal Buress.”

“I like to think of my style as just an extension of who I am offstage” he tells me. “[Style] really just comes through performing and repetition, just figuring out how to present my jokes on stage and over time you just get more comfortable, and it works like that.”

When Mr. Buress speaks of his future, a possible one in which he does less stand-up and more acting or directing, I can’t help but compare him to a certain other comedian, known for being himself onstage before making it big on that thing we call television. And much like that other comedian, Mr. Buress wants complete creative control—and more importantly, he wants that elusive lead.

“Sometimes — a lot of time — you have to create your own projects, your own vehicles to be the lead in,” Mr. Buress says. “Because its tough to get leading roles, and people aren’t just going to make up these roles for you. So you have to make it by yourself.”

Finally, hearing a comedian who started stand-up on his own all the way back in 2002 describe trying to make it on your own in an entertainment world that hands you nothing for free, I can almost hear what Mr. Buress sounds like when he’s being completely, undoubtedly serious.

“I didn’t think I’d like doing comedy—because I had to do that set, you know, with the ninjas—to get my parents released,” he says. “So I thought I would hate comedy after that, but I got into it and kept pushing through.” 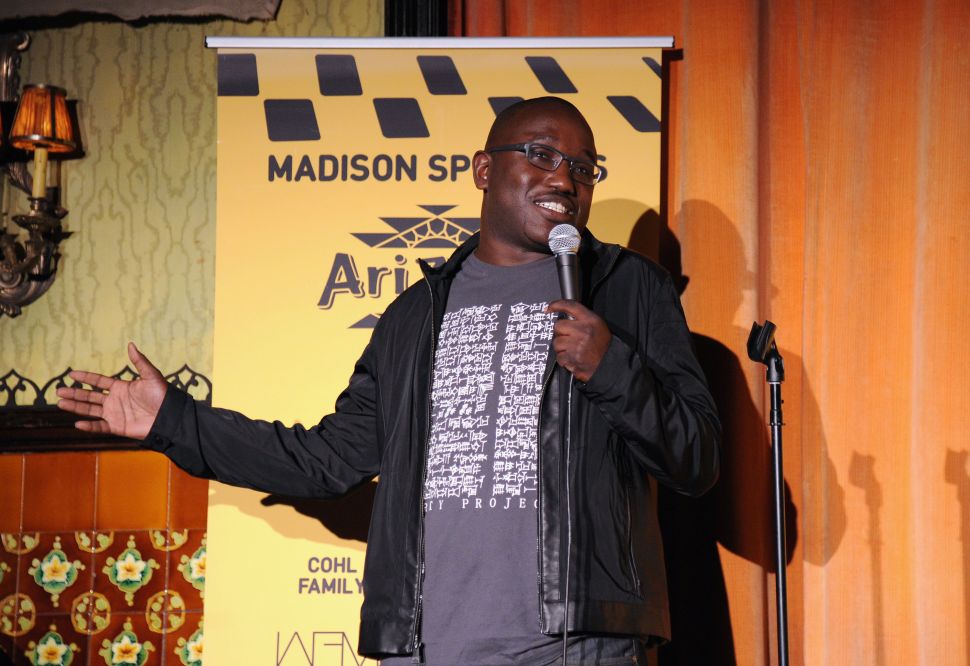