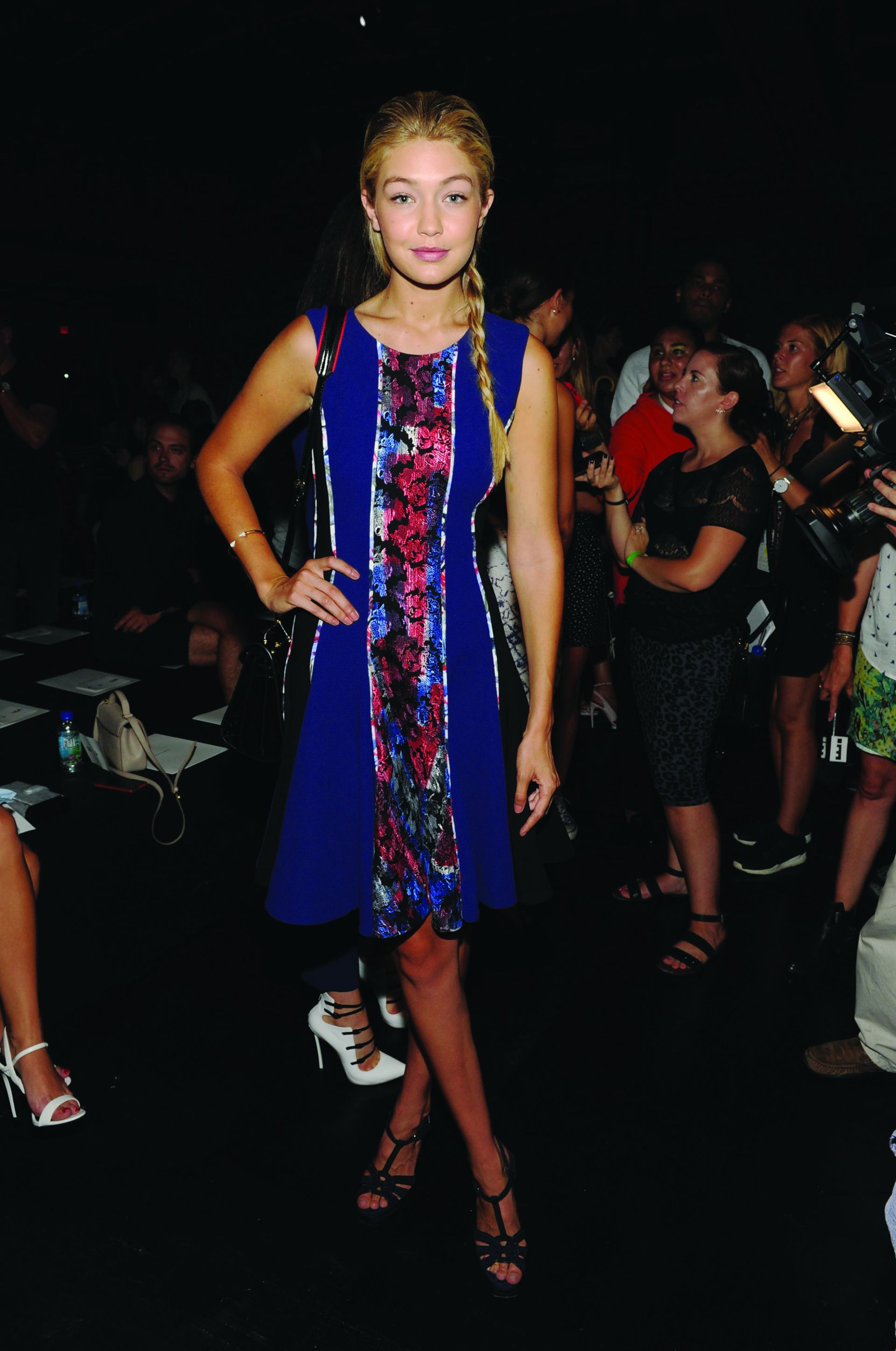 GIGI HADID — THE FRIEND AND RIVAL
This daughter of Yolanda Foster from Real Housewives of Beverly Hills is part of a set of impossibly tall celebrity daughters stalking the modeling world. She and her little sis, Bella Hadid, who made her runway debut at Desigual this season, are pals with Kendall and Kylie. Ireland and Hailey Baldwin round out their Instagram-friendly, headline-ready clique. But Gigi, a curvy blonde bombshell, is the one giving Kendall a run for her high-fashion money. Ms. Hadid walked for Marc Jacobs at NYFW and has nailed the odd Tom Ford campaign. A favorite of Carine Roitfeld, she covered CR Fashion Book this year. Vogue recently shot her in a bejeweled sweatshirt as an homage to Anna Wintour’s first-ever cover. The resultant images didn’t make the cover, but practice makes perfect. (Photo via Getty)
mmulshineobserver 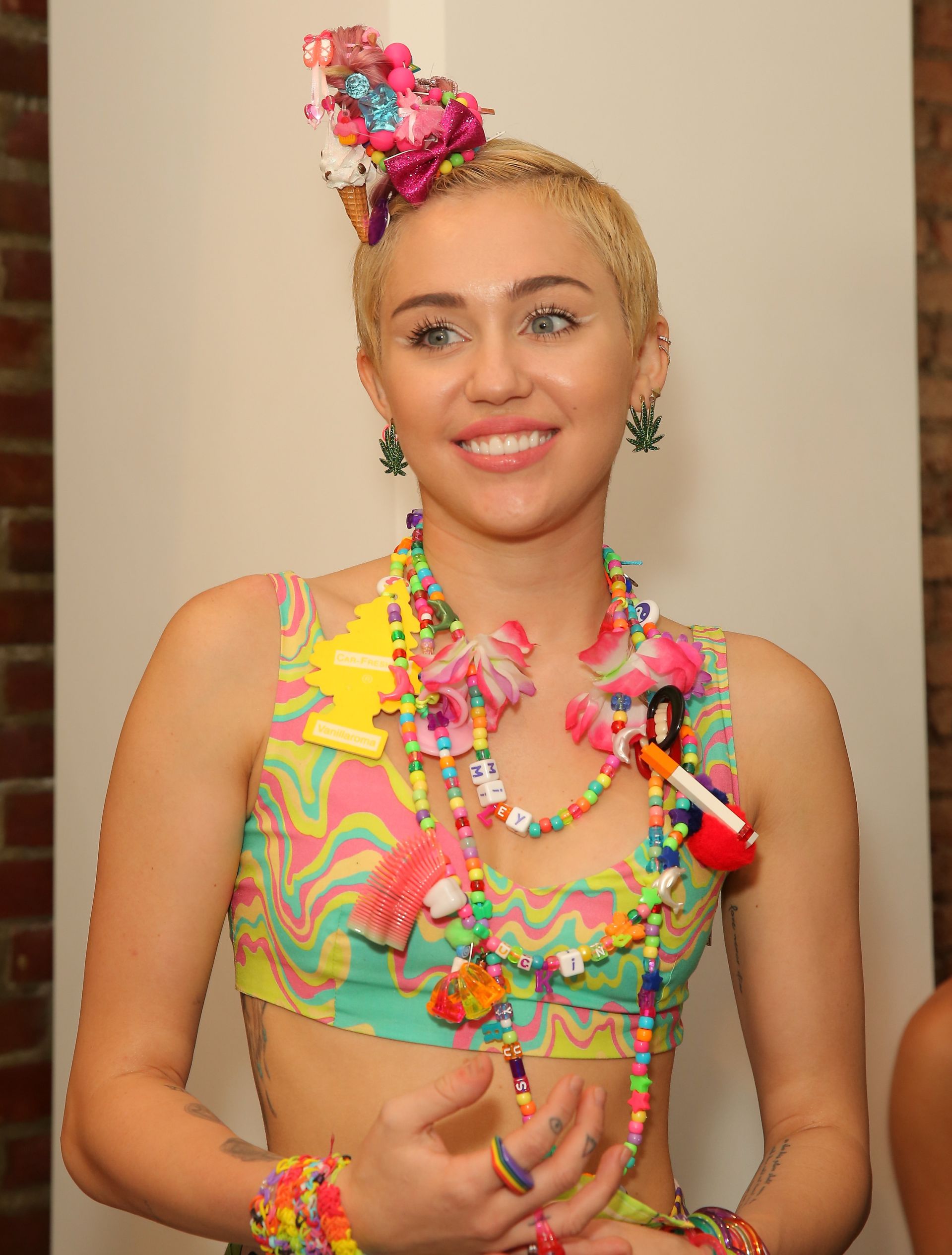 MILEY CYRUS — THE CROSSOVER SUCCESS STORY
Friends with Kendall and possibly the only figure more divisive in the fashion world than the Kardashians, Miley Cyrus has paved the way for crossover stars such as Kendall and the two were seen hanging out frequently during NYFW. With her own Katie Grand connection, the editor confessed that some designers declined to provide clothes for Love’s February Miley shoot. But Ms. Grand isn’t the only fashion person in Miley’s corner. Karl Lagerfeld shot her V cover this month, she debuted a line of accessories with Jeremy Scott last week, and she was featured in Marc Jacobs’ Spring 2014 campaign. (Photo via Getty)
mmulshineobserver 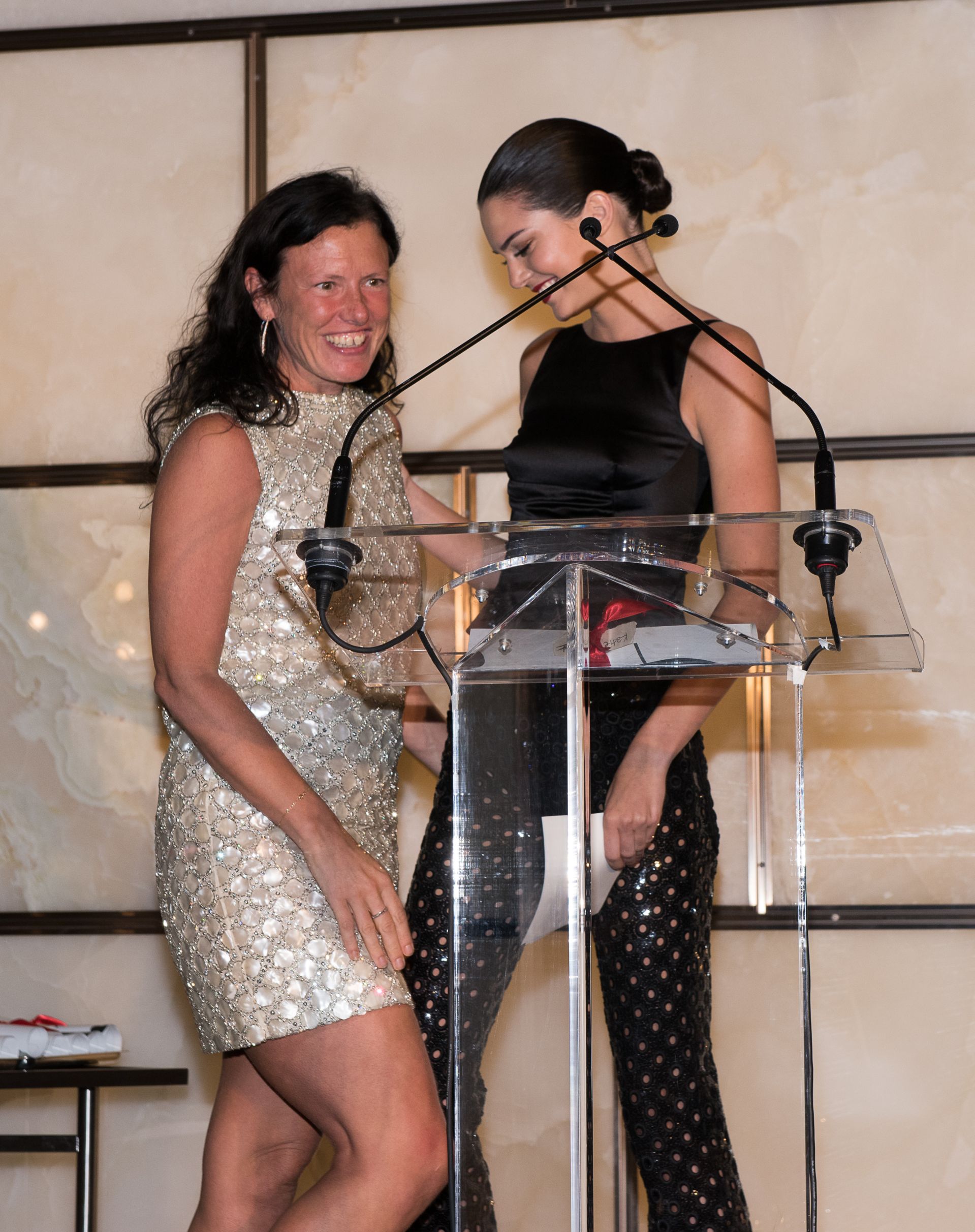 KATIE GRAND — THE MENTOR
Marc Jacobs’ go-to stylist has been Kendall’s most valuable champion. She gave the young model exclusive placement in the Marc Jacobs show in February, cementing Kendall’s new high-fashion status. She also handed Kendall a spot in the Giles show in London. Kendall then scored placement on Givenchy and Chanel catwalks that season, but her near-topless debut at Marc Jacobs is what really got people talking. Ms. Grand is also active on the editorial side, serving as editor-in-chief of Love magazine, stablemates with Vogue at Conde Nast. Ms. Grand tapped Kendall to take over Love’s Instagram account during last Fashion Month. And in May, Kendall appeared in French Vogue in an editorial shoot styled by Ms. Grand. Quite the high-fashion fairy godmother, she’s also been known to gush about Kendall’s “Bambi eyes” in interviews. (Photo via Getty)
mmulshineobserver 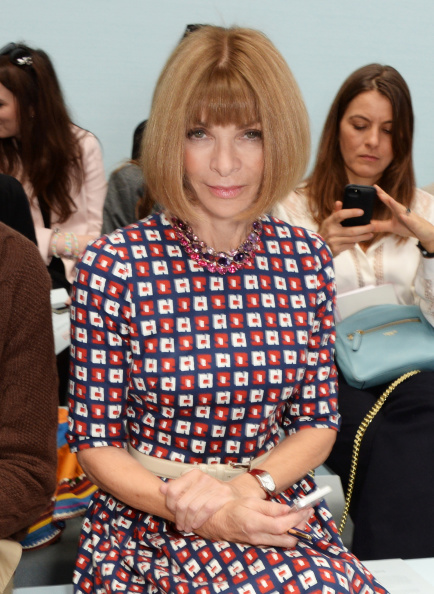 ANNA WINTOUR — THE POWER BROKER
Kendall was featured on Vogue.com in the spring without making it into the American flagship print edition. After mortals spent months wondering when fashion’s high priestess would consecrate Kendall with a print editorial, the model finally appeared in the September issue. No, she wasn’t one of the “Instagirls” models who graced the cover, but these things take time. Kendall was the solo star of Teen Vogue’s September cover, though, so perhaps the die is cast. (Photo via Getty)
mmulshineobserver
Advertisement 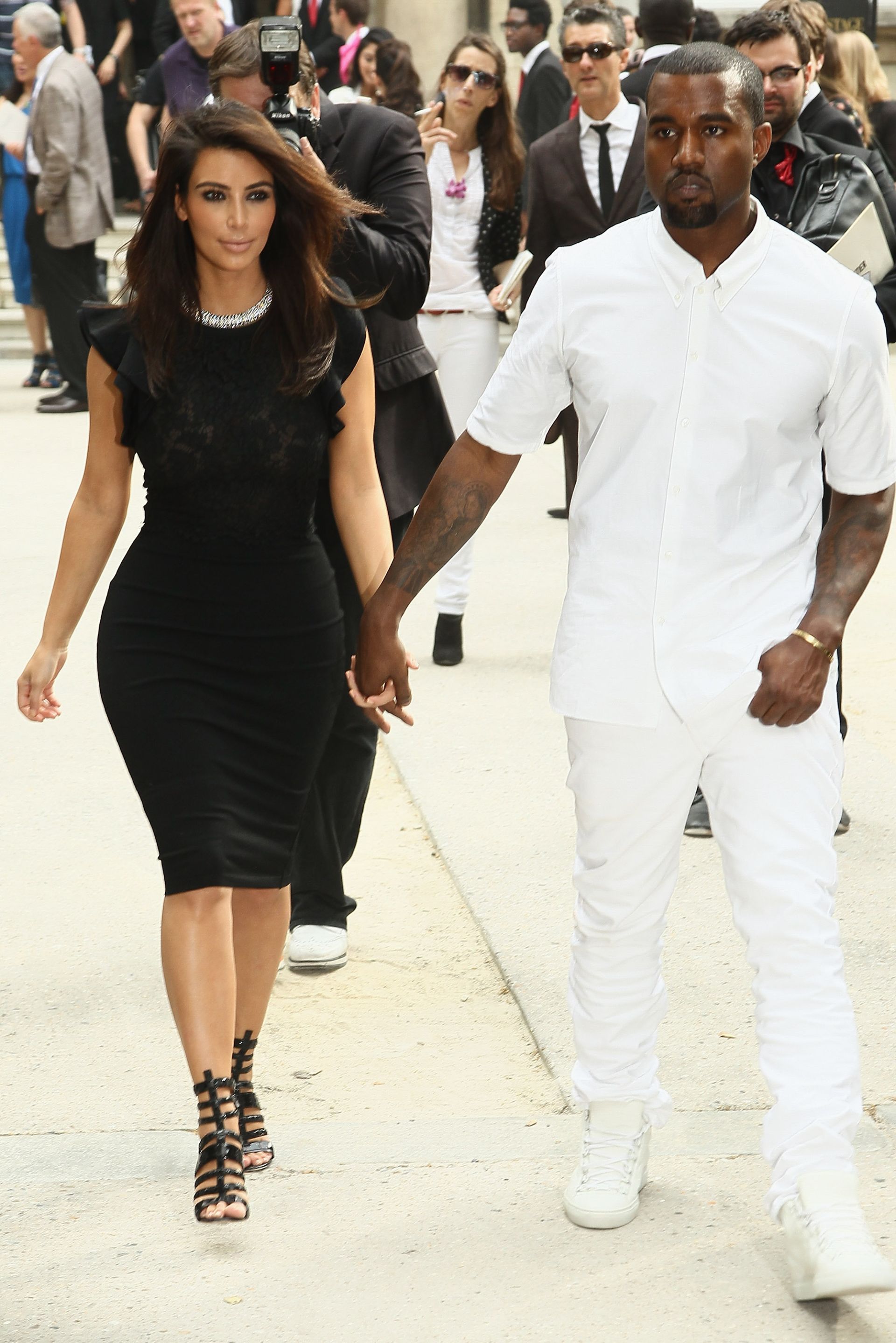 KIM AND KANYE — THE CONNECTIONS
Shacking up with Kanye was the smartest thing Kim’s ever done besides that tape, and the power couple’s union didn’t hurt Kendall’s career either. Pre-Kanye, Kendall was languishing in sister-sister campaigns with Kylie, posing for PacSun and Madden Girl. But somewhere along the line she met Givenchy creative director Riccardo Tisci, one of Kanye’s closest fashion friends. Kendall walked for Givenchy in the AW14 show, is featured in the label’s fall ad campaign, and will probably appear on Mr. Tisci’s runway during Paris Fashion Week. Still, Kendall is distancing herself from Kimye for now. She told Love magazine she’d banned Kim from attending any fashion show in which she’s walking. (Photo via Getty)
mmulshineobserver 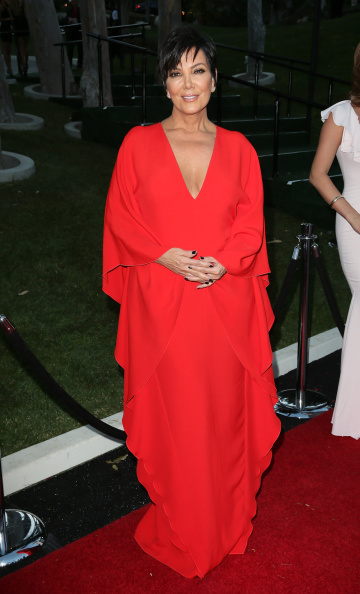 KRIS JENNER — THE MOMAGER
Pesky “sources” let slip that Kendall is trying to distance herself from Kris’s reality TV empire. Of course, Kendall, the quiet, horse-loving teen could have been stealthily planning a high-fashion career all along, holding off lucrative mainstream ad campaigns in order to make the leap to fashion’s top drawer without any help from Mom. We said, “could have.” (Photo via Getty)
mmulshineobserver 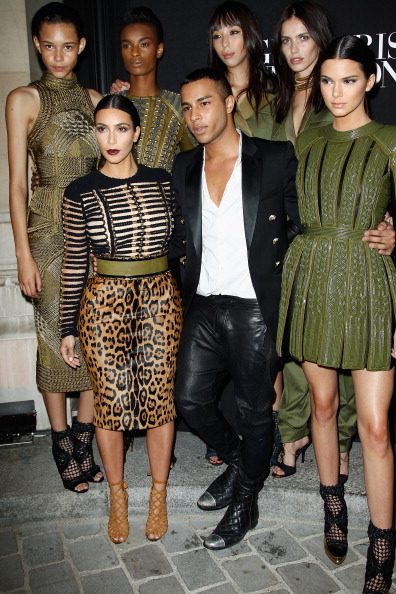 OLIVIER ROUSTEING — THE EUROPEAN POWER PAL
Balmain’s creative director shared the cover of the U.K.’s Sunday Times Style with Kendall on September 7. Introduced by fellow Balmain muse Kim, they bonded at Kim and Kanye’s Versailles pre-wedding party. Kendall and Kim are constantly seen in Mr. Rousteing’s studded, bold-shouldered frocks. Kendall is rumored to be walking for Balmain in Paris this fall. (Photo via Getty)
mmulshineobserver 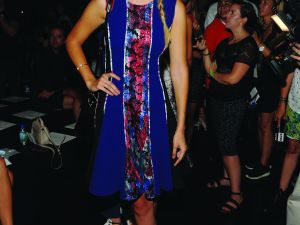 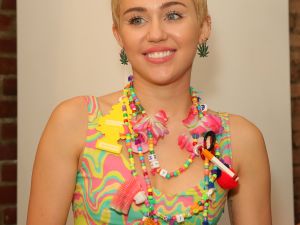 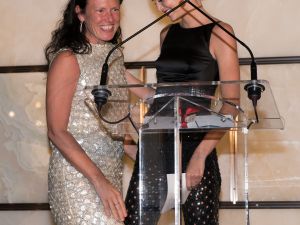 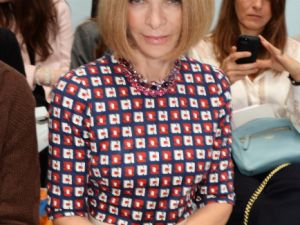 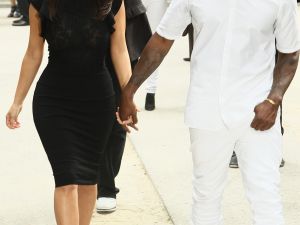 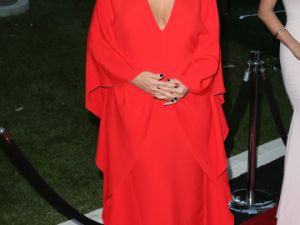 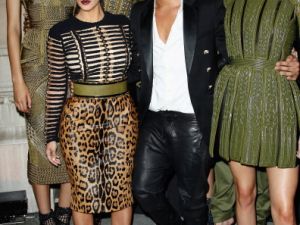 Kendall Jenner was anointed by the blogosphere as the model to watch this New York Fashion Week, knocking back stints on DVF, Marc Jacobs, Tommy Hilfiger and Donna Karan runways. Not bad for the gawky, seemingly moody little sister dragged to New York in early episodes of Keeping Up With The Kardashians and made to practice runway walking or model prom dresses in the garment district.

Back then, it seemed as though the leggy lovely would never break through into high fashion. Stories circulated about the whole Kardashian klan being turned away from the city’s coolest venues and Vogue was just a crazy pipe dream. Fashion as an entity believed it could never be duped into accepting a Kardo-Jenner but times have changed and Internet traffic, the kind this family weilds, brokers deals. Thanks to clever career planning and bold-faced connections, Ms. Jenner has made the fashion leap.

But she didn’t get there on her own. Here’s a smattering of bold-faced names who’ve helped Ms. Jenner make the leap from reality TV bit player to New York fashion’s It Girl.