TRENTON – In a calculated move designed to make the GOP caucus look cowed by executive power, Democrats fell short of overriding Gov. Chris Christie’s veto of A961, but not before Assembly Majority Leader Lou Greenwald (D-6) issued a caustic critique of the administration from the floor of the chamber.

“What I’m used to is the disrespect from the front office, which everyone in this governing body should be fed up with,” Greenwald said. “It is tiresome. It is old. And it is bad public policy, but I do know what my responsibility is.

“After the confidential veto statement went out, which made no reference to this, hours before the vote, this mystery comes to the forefront and everybody says hold it,” the majority leader fumed.

“I say ‘don’t hold it,’” he added. “I say this document is helpful to us; critical to us, to the people we represent.”

Greenwald described the bill as evidence in a citizens’ legislature that is “helpful to us so we can fix things like pension and healthcare.”

Initially unanimously backed by Democrats and Republicans, the latter reversed themselves today after a governor’s veto and following objections by the front office to the fine points of legislation that – on paper – would require any state agency, independent authority, or other entity issuing debt secured by state revenue, or assisting in the issuing of that debt, to provide information to complete the debt affordability analysis and recommendations on affordability of additional debt.

The treasury department today notified Republicans that it would be inappropriate for the state, the issuer of the debt, to also issue an affordability analysis. 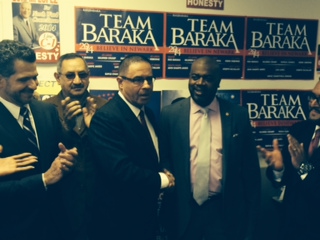