As the 2014 midterm election approaches the gender gap–or in less polite terms, the Republican war on women–will likely draw a fair amount of media attention.

It’s a good Democratic talking point and fits in well with how many view politics in the U.S. today. The gender gap is generally viewed as being a product of both Republican policies and positions on issues such as reproductive rights and, in recent years, contraception, but also on economic questions as well. Women tend to be more concerned with issues like equality of income opportunity and believe that the government should play a more active role in addressing these issues. These opinions, not surprisingly, lead women to be more likely than men to vote Democratic.

But the gender gap, like almost everything else in American politics, is deeply tied to race as well. Looking at gender without looking at the relationship between gender and race leads to flawed understanding of what is really happening in the American electorate. Nonetheless, at first glance the gender gap looks relatively straightforward. According to the CNN exit poll from the 2012 election, 55 percent of women supported the Democrat, President Barack Obama while only 45 percent of men voted for Mr. Obama. This is a big gender gap, and one that on its face should give Republicans reason for concern.

The numbers, however, are a bit more complicated. A few gender and race related numbers make this clear. First, although white women voted for Obama by 7 percent more than white men did, white women still voted for Romney by a margin of 56 percent to 42 percent. Although this number is not as impressive as the 62 percent to 35 percent majority given to Romney by white men, it still suggests that the Republican Party’s problem with women, to the extent that it exists, is not an issue for all women.

“Something like six million, many of whom are African American men, are disenfranchised by felony disenfranchisement laws, although most are not in jail. In some states it’s huge — Including one in five (African Americans) in Florida, Kentucky and Virginia,” said Tova Wang, a Senior Democracy Fellow at Demos, a progressive public policy organization.

The American electorate remains much more divided on racial than gender lines, with white Americans strongly supporting the Republican Party and non-whites expressing a considerably stronger preference for the Democratic Party. The changing demographics and the declining proportion of white voters in the electorate is therefore a much more serious issue for Republicans than the fact that Romney only beat Obama by 14 percent among white women. In this context, the gender gap, while strategically important, is far from the biggest demographic story in American politics.

If not for the solid support among white women for Republicans, suggesting the idea that a “Republican war on women” is not experienced by all women, the Party would be in a major crisis. If, for example, only half of all white women voted Republican, the Party would be teetering on the edge of irrelevancy. This is why a possible Hillary Clinton candidacy in 2016 is intriguing for the Democratic Party, but frightening for the Republican Party.

Ms. Clinton, more than any other American politician, has built her political base around white women, particularly the older white women that supported Romney very strongly in 2012. These voters will not be part of the Democratic base in 2016 regardless of who the Democratic nominee is, but it is hard to image Clinton losing white women by 10 points, let alone 14 points, and almost as hard to imagine Clinton getting a significantly smaller proportion of the non-white vote than Obama did in 2012.

For Republicans, addressing the gender gap by trying to get a few more white women to vote for them seems like a fool’s errand. As the electorate becomes less white, this puts the Republicans in the position of chasing fewer voters every year rather than of doing the harder work of expanding their appeal. The gender gap is real, but from a strategic angle it is trumped by the more difficult and longstanding reality that the Republicans have backed themselves into becoming an almost all-white party in a decreasingly white country. 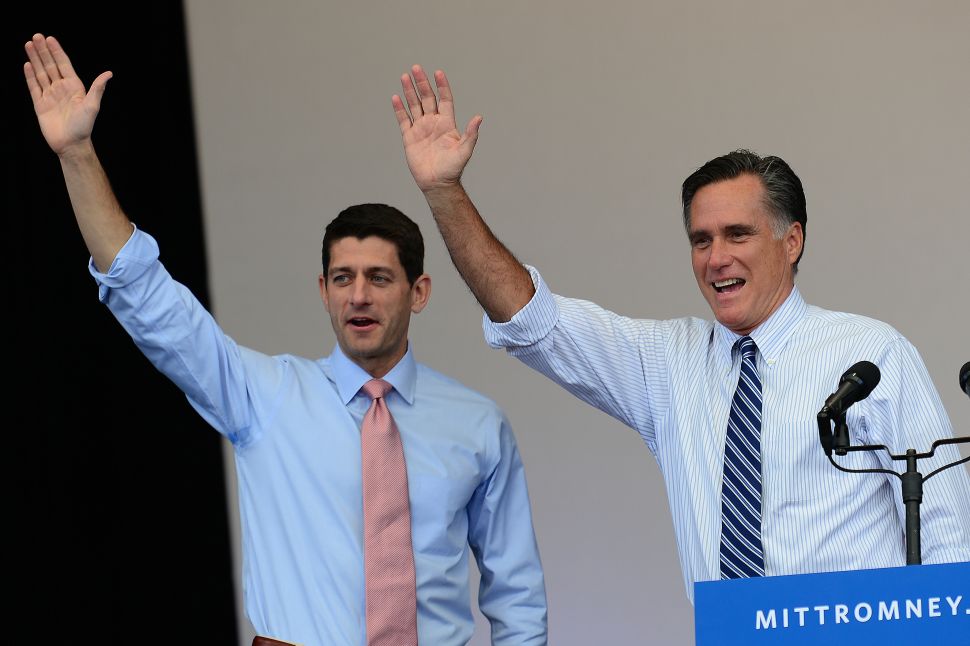