This week marked the third anniversary of the Occupy Wall Street Movement, and a smattering of diehard OWS turned up in Zuccotti Park for old times’ sake. But what ever happened to Cecily McMillan, the New School student sentenced to jail time on Rikers Island for elbowing a cop that she claimed had groped her during the protests?

Some believed that her harsh verdict was a vehicle for the big shots in New York to punish the movement as a whole, while others felt that she had exaggerated the extent of the severity of the assault in order to curry public sympathy. Either way, it seemed to encapsulate both sides of the Occupy movement somewhat poetically. But not for Ms. McMillan, who has been more than outspoken about the violence, neglect and dehumanization she saw and experienced within the walls of Rikers.

Much has happened in the weeks since Ms. McMillan was released from the Rikers Island Rose M. Singer Center, with drug busts and mental health exposés having surfaced within the jail, bringing about a critique of corrections officers in general. It’s a subject that Ms. McMillan spoke of at length to the Observer in an exclusive interview and touched upon in her New York Times Op.-Ed. on Rikers’ “culture of neglect.”

Recently, the Observer met with Ms. McMillan again to see if she had made any progress on the lofty goals—a vestige of her idealistic Occupy days—that she put forward back in July. What followed after Ms. McMillan’s July 2 release, after 58 days of incarceration, was weeks of repeatedly contacting the Rikers grievance office and allying with such organizations as the Stop Mass Incarceration Network and other prison advocacy reform groups. But the grievances went dismissed and unacknowledged, despite the conditions worsening within the prison.

Those associated with Ms. McMillan are apparently being targeted specifically. “We are getting calls left and right from everyone there that the violence and the repression and the inhuman treatment is increasing,” she said. “… As we understand it, the burden of responsibility is falling on the inmates.”

Over the past few months, Ms. McMillan and her Justice for Cecily team have amassed well over 10,000 signatures for a petition to address the fact that, among a myriad of other institutional problems, the jail does not follow the rules and regulations set down in their own inmate handbook (at Rikers, petitions are considered an “intent to incite a riot.”)

Many of the other concerns included in the petition—like a demand to attend to the physical and mental health needs of inmates and form a more effective, functioning grievance process—were outlined previously in a speech Ms. McMillan delivered on the day of her release: “We The Women of Rikers Demand.”

With her complaints ignored, Ms. McMillan issued an “emergency call”—published in The Village Voice and The Nation—that the petition would be delivered in person to relatively new Corrections Commissioner Joseph Ponte on Friday, August 15, at 10 a.m. at the gates of Rikers. “If [they’re] not going to respond, we’re bringing it to [their] doorstep,” Ms. McMillan said.

Ms. McMillan met with around 25 supporters that morning on the spot where her impassioned release speech had taken place. But as they prepared to take the bus over to the island proper, they found that it never came—the powers that be had shut down the last MTA bus stop before entering onto the island, clearly to deter the petition delivery. According to Ms. McMillan, they were met by 30 special operations officers with a ballistics team and a line of dogs on the island when they were eventually allowed to board a bus there later on.

It was Rikers spokesman Robin Campbell who, after attempting to take the petition on the Commissioner’s behalf, finally gave the O.K. for the group to enter the island. Yet the Commissioner was still nowhere to be found; Ms. McMillan was soon told he was out of town.

And so it came as a surprise to Ms. McMillan when a time and place was agreed upon to meet with Commissioner Ponte to discuss the contents of the petition.

She arranged for a round table meeting with two other formerly incarcerated inmates, a former corrections officer, and several city councilmembers and prison reform advocates, and they worked to compile a list of “definitive, actionable solutions” for what she had assumed would be a harried and difficult meeting with Mr. Ponte.

The DOC notoriously allows little or no transparency for advocates and press. The statement given by their own spokesman, Mr. Campbell, on the meeting with Ms. McMillan was barely a sentence: “She had concerns, the commissioner provided an opportunity to raise them, and we are looking into them.”

Speaking to the Observer about her feelings on the demonization of the COs and their union leader, Norman Seabrook, she had an exceedingly and surprisingly sympathetic view. But while Ms. McMillan still feels that sympathy towards the COs, she has all but declared war on Mr. Seabrook, a war that manifested in his own recent Times Op.-Ed., “What’s Really Wrong With Rikers,” which defends the COs under his care and essentially throws the new Corrections Commissioner, Mr. Ponte, under the proverbial MTA bus.

If one reads Mr. Seabrook’s Op.-Ed. side by side with Ms. McMillan’s account of the plight of the CO and the problems with the institution as a whole, there are striking similarities. This makes it all the more puzzling why Ms. McMillan, who at the time of her Observer interview only a month ago thought the world of Mr. Seabrook, now calls him a “dictator.”

Ms. McMillan’s change in attitude came after being repeatedly ignored and eventually snubbed by Mr. Seabrook after she rescheduled her round table to accommodate his schedule, only to be met by him cancelling at the last minute via a text message from a representative, effectively saying he would not be working with Ms. McMillan now or in the future. Mr. Seabrook’s response came as a blow to everyone the meeting hoped to represent and many attendees had been sold on the idea of attendance by the promise of his presence and the chance to confront him about his questionable policies.

“Rikers is another world … and it must include all of the voices in order for there to be change. What I … hear [from Norman Seabrook is] ‘My way or the highway,’ ” Ms. McMillan said. “To me that makes Norman Seabrook the most dangerous obstacle to change in this moment. The corrections officers don’t answer to the DOC. They answer to Norman Seabrook.”

“Nobody wants to wake up every day and undergo violence, participatory or not … The issue at Rikers seems like is that you would have to go out of your way to make it this much of a difficulty to reform …” And while many COs want to speak out about the violence and neglect, they would risk their precarious livelihood if Mr. Seabrook found out. “He will ruin [them]. That’s how Norman Seabrook works,” Ms. McMillan said. He is effectively holding the system hostage, according to Ms. McMillan, perhaps a common point for her and Commissioner Ponte.

The man that Mr. Seabrook attacks in his opinion piece was the same one to become what Ms. McMillan called a “game-changer.” “I [was] pleasantly shocked by the meeting,” Ms. McMillan said.

Simply put, he listened. They discussed the four main talking points derived from the round table meeting, namely an end to solitary confinement, the treatment of mentally and physically ill inmates, the issue of allowing adolescents into Rikers, and the need for an internal correctional officer grievance process that is accountable to the DOC and not Mr. Seabrook. The Commissioner was shocked by the accounts given by Ms. McMillan of inmates dying of medical neglect and exchanging sexual favors for much-needed medicine. The Commissioner was so unsettled by that particular issue that he arranged an email follow-up with Ms. McMillan later on the same day of their meeting.

For now, Ms. McMillan is cautiously optimistic. She will be working with the meeting partnership on short- and long-term solutions, providing insight into the true state of affairs inside the jail, and has been approached about possibly helping to update the inmate handbook.

“To me, [the meeting with Commissioner Ponte] was about this: the people who really want to make something work … will find a way to bridge the gap to understand the experiences that are being called into question and address them. And the only way that you can do that is to walk across the aisle,” Ms. McMillan said. “The actions on behalf of Commissioner Ponte were bold, unprecedented, an act of good faith, and ultimately [were] not just a conversation but provided an actionable follow-through that I had never expected.”

It remains to be seen whether her ambitious goals can meet her high expectations, but only the future can tell where this union of activist and state will lead. Ms. McMillan shows her typical positivity, however: “I think over the month we’ll see how far he’s willing to go … [but] I have faith in that.”

[The headline of this article has been changed to better reflect the views expressed by Cecily McMillan.] 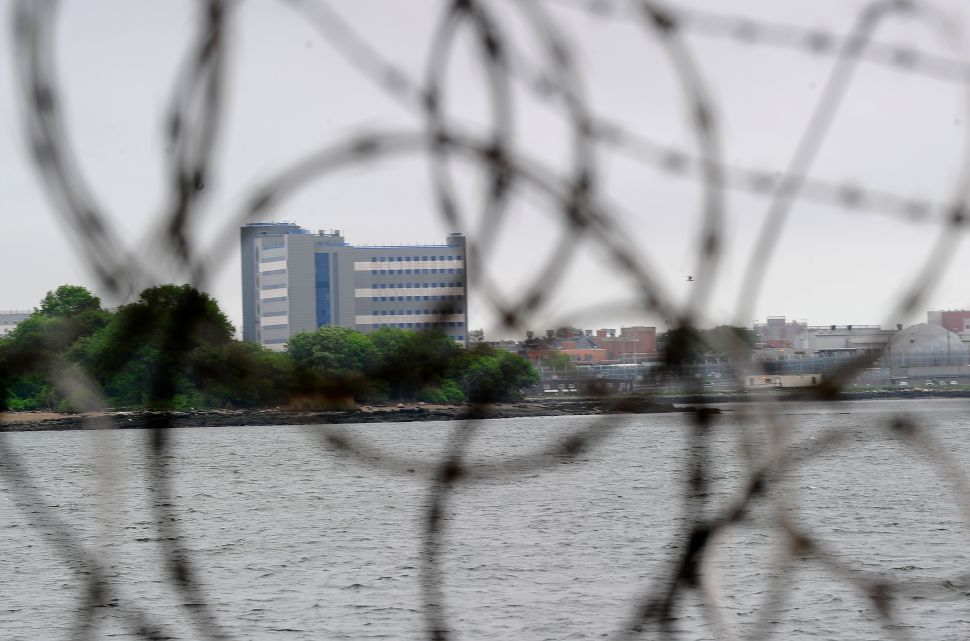