Jason Calacanis, tech investor and entrepreneur, is sick of tech news. Up until recently, he was spending hours a day reading the top tech blogs and learning “nothing,” so he hired someone right out of college to read them for him and make a spreadsheet.

“My instruction is to just cover the most important things in as few words as possible,” Mr. Calacanis told Betabeat. “No pull-quotes, no PR bullshit.”

Mr. Calacanis has invested in over 75 companies — including headliners like Uber and ChartBeat — and runs a $10 million angel investment fund. He sees his time as being worth big money, and didn’t want it wasted on clickbait headlines and pull-quote padding. At first, he was still getting microscopic, non-essential updates.

“Why the fuck did you put something not important in my presidential daily brief?” Mr. Calacanis would ask the assistant. “‘Expedia Hires a New VP of Nothing’ — I don’t need to know this. Go find me something important.”

But once Mr. Calacanis perfected the formula, his friends in the investment community wanted in. The Google Doc was shared, and then when too many people had access, it became a daily email. Once the email list grew to 5,000, it was time for something new.

So, he shelled out $50,000 to build LAUNCH Ticker, an app that condenses the 50 most important tech news stories of the day for $100 a year. The service is the latest edition to Mr. Calacanis’ LAUNCH brand, which includes the LAUNCH Festival and the webseries This Week in Startups.

We’ve spoken with tech founders who have turned to LAUNCH Ticker exclusively for industry updates, which they combine with curated email lists like Jason Hirschhorn’s MediaReDEF for their longform reading diet.

To Mr. Calacanis, good journalism — he cites Re/Code and Pando as examples — comes from real reporting from people who have been doing the job for decades. Tech news, he says, is clouded by white noise, dominated by an aggressive PR mechanism, and written mostly by young bloggers (fair).

By his account, TechCrunch “is a joke” since they lost Michael Arrington, Sarah Lacey and Paul Carr, and Business Insider has one great story for every ten stories with misleading headlines — not that he’s an avid Betabeat reader, either. Whether consumers are satisfied is immaterial to the investment community, who need something either much deeper or much cleaner.

“TechCrunch is the publication of record, but they’re so bad and uninformed. ” Mr. Calacanis said. “It’s insult after insult. When I play poker with other VC’s, we all laugh at TechCrunch.”

So does Mr. Calacanis think that his new product will pressure news organizations to write more substantial, investigative, or reported articles? He doesn’t care. He’s just trying to help other founders save time and money, not put other tech publications out of business (what a hero). LAUNCH Ticker’s purpose is to help the elite skip the white noise of tech news entirely — a Galt’s Gulch of essential information.

“The people who buy this service are getting paid hundreds of thousands a year,” he said. “If I save them an hour a day, that’s worth 10 to 20 thousand dollars.”

His users have called him “stupid” for only charging $100 a year, so he’s going to be building a LAUNCH Ticker Pro service for people who want to spend ten times as much. He’s also building up the more consumer-facing Inside, which is like LAUNCH Ticker for the rest of us, and for more than just tech news.

All that considered, LAUNCH Ticker isn’t even profitable yet. Per year, he figures it costs about $100,000 to run and takes in $85,000 in subscriptions. That $15,000 personal cost is a pittance for the time he saves personally, and Mr. Calacanis is glad to pay it.

It’s possible that we caught him on a morning when he was feeling brutally honest, but Mr. Calacanis has built his empire, and is comfortably in the Marc Andreessen category of tech titans who have made it so big that they can say whatever they damn well please. He doesn’t need to curry favor with the young incumbency of tech media.

“You’re talking to LeBron James about guys playing in the rec league,” he said. “These guys are amateurs, I’m the fucking real deal.” 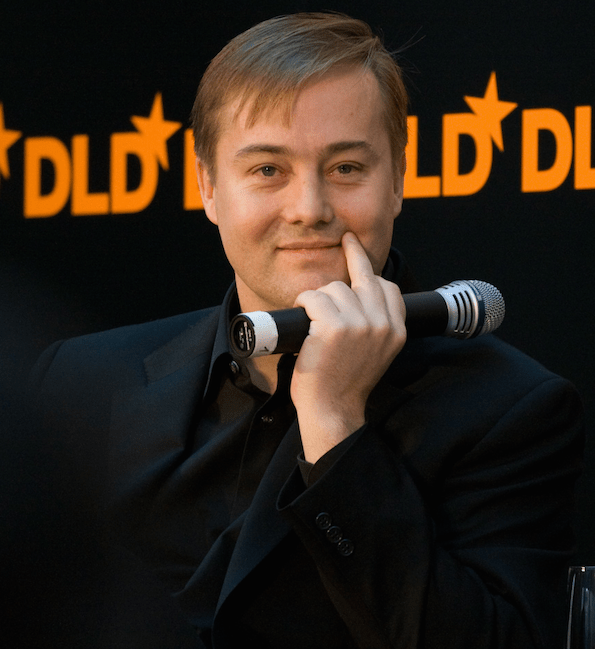