“It is with great sadness that I announce the death of my mother, Joan Rivers,” her daughter, Melissa Rivers, said in a statement. “My mother’s greatest joy in life was to make people laugh. Although that is difficult to do right now, I know her final wish would be that we return to laughing soon.”

Rivers died at Mount Sinai, where she had been hospitalized in intensive care since last week when she went into cardiac arrest during an outpatient throat surgery at a doctors office.

She broke into stand-up comedy in 1960s, when she became a regular guest on The Tonight Show and continued to perform until last week. In later years Rivers became a staple on the red carpet, working as recently as the MTV Music Video Awards and the 2014 Primetime Emmys.

Here’s a the trailer from the 2010 documentary Joan Rivers: A Piece of Work: 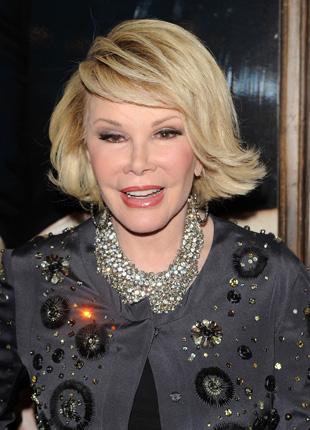