Justin Townes Earle is currently on the outskirts of Philadelphia, standing outside of Ardmore Music Hall watching his crew load in equipment for his show that night. “We’re right at the beginning of a pretty long tour,” explains Mr. Earle of a schedule that will take him all over the United States, Australia and New Zealand over just the next two months. “I feel excited, because the regular world with normal people is mysterious to me, and the one thing that I do know how to do is this.”

The “this” Mr. Earle is referring to is a classic American singer-songwriter in every sense of the term … if only it was so easy. “It’s relieving to start touring and finally get the record out,” says Mr. Earle about Single Mothers, his sixth album, which hit shelves and e-retailers on September 9. “I love recording songs and I love being on the road, but this one in particular was a long, frustrating process.”

Mr. Earle, who calls the bulk of the music industry a “big ugly thing that fancies itself a machine,” formerly had a relationship with Communion Records he was none too pleased with. “This record should have came out a year ago, but they were dragging their feet,” Mr. Earle candidly explains. It all came to a head this past December when he posted a Tweet, among others, that read, “The only thing I hate about business is that it’s frowned upon to pistol whip the competition … Just found out I won’t be making a record for a while due to a bunch of pussies in an office. Never working with another record label.” Today, Mr. Earle has a bit more pragmatic take on their disagreements. ”We differed in ideas about truth in business,” he notes. “I’m one of those people who, if you fool once, I’m not giving you another chance and you’re lucky I don’t get my fucking hands on you.”

Fortunately, these days Mr. Earle is in a much better place. He is working with another label after all, Vagrant Records (home to indie rock darlings like The 1975, Blitzen Trapper, and Edward Sharpe and the Magnetic Zeroes), who scooped up Mr. Earle into what he calls a “very comfortable situation. It really is for a love of music now.” He’s also married to someone who brings him “overall happiness.” Says Mr. Earle, “I have a person who wants to help me and who I absolutely adore. A lot of people have this idea that you need to be miserable or addicted to something in order to write great songs. That’s been debunked time and time again.”

It’s his marriage that uprooted Earle from his former life in New York City to his current home in Nashville—though he still has a soft spot for the Big Apple. “I was the kind of person who never went to the cool bars or did what all the younger guys were doing,” he says of his time in New York. “One of my best friends there has lived in Alphabet City since 1962 … I got in with the guys who know the neighborhoods and all of their secrets.”

For the most part, things now seem to be sailing smoothly now for Mr. Earle, which for so long had been a foreign concept for him. He’s open about his past struggles with drugs, as well as the estrangement from his father, singer-songwriter Steve Earle, whom Justin takes his last name from. (The “Townes” comes from Steve’s mentor, Townes Van Zandt).

The new album’s title, Single Mothers, could serve as a clue into the current nature of their relationship. Throughout it all, Mr. Earle’s adventurous life has given him plenty of material to work with creatively—even though he says he never writes more than 15 songs in any given year, noting that, “If you’re writing 20 or 30 songs for a record, you’re probably writing way too fast; diluting your material and spreading yourself thin as an artist.” Explained Mr. Earle, as load-in begins to wrap up: “These records are art, and if you happen to be able to sell your art, then you’re incredibly lucky. It’s one of those things that you should make every record and play every show like it’s your last, because they very well may be.” 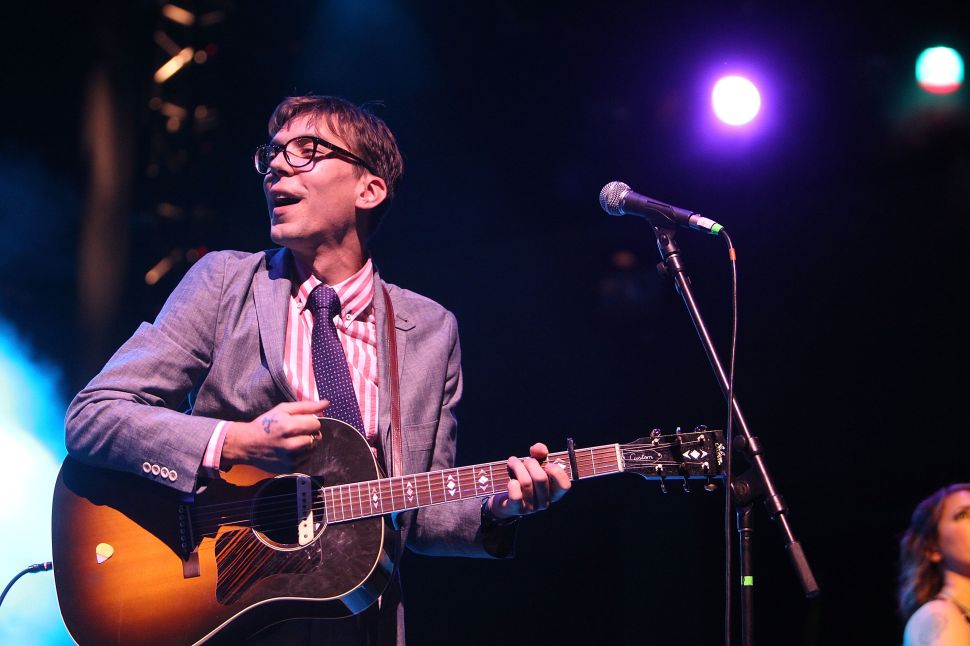